“Again we have to remember the incident with Ever Given”: Container ship ran aground again in the Suez Canal 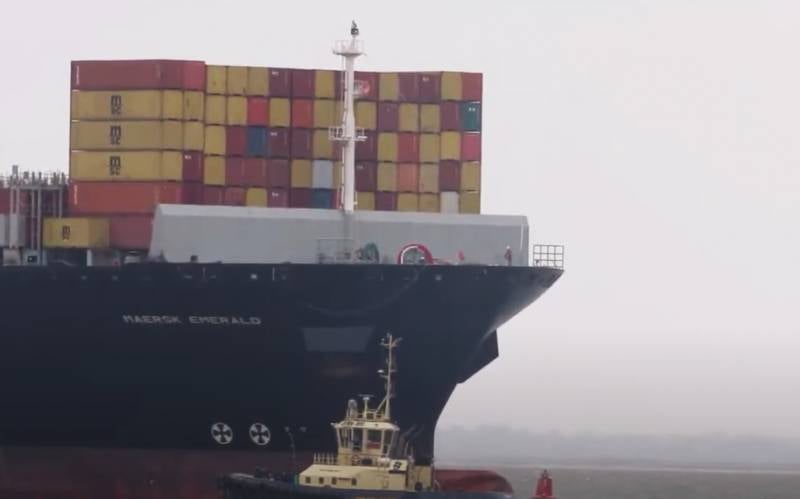 The Egyptian operator of the Suez Canal has reported a new incident with a container ship. Recall that some time ago a 400-meter container ship Ever Given ran aground in the canal, causing a real panic in the world. The panic was associated with the multibillion-dollar losses that the global economy suffered because of the blocked Suez Canal. Egypt demanded from the owners of the ship (and this is a Japanese company) compensation of $ 1 billion.


Now the Suez Canal was temporarily partially blocked by the Maersk Emerald container ship. It is a 366-meter vessel owned by a Singapore-based company.

According to the latest reports, a huge container ship ran aground in the northern part of the canal the day before, causing significant difficulties in traffic through the waterway. Reportedly, with the help of several Maersk Emerald tugs with a capacity of 13 thousand 20-foot containers, it was eventually recovered. The operation lasted for several hours, after which the navigation through the Suez Canal continued.

According to reports from the Egyptian side, the incident was caused by problems with the power plants on board the container ship. An engine malfunction has been identified.

The Egyptian canal operator said that the damage in this case was small, as the incident occurred "in a relatively wide section of the new Suez Canal."

At the moment, the Singapore container ship has been towed to the area of ​​Bolshoy Gorky Lake pending troubleshooting.

Statement by the press service of the Suez Canal operator:

All crew members of the container ship are safe. The vessel was sailing southward under the Singapore flag. It was built in 2012.
Channel head Osama Rabia:

Despite the fact that the capacity of the canal was quickly restored, we again have to remember the incident with another container ship - Ever Given, which closed the navigation through the canal for about a week. Then it led to global failures.

In Egypt, they are looking for solutions to the problem so as not to face similar situations in the future. Several options are being considered: from deepening the canal to prohibiting its passage by vessels of excessively large displacement and the same linear dimensions.
Ctrl Enter
Noticed oshЫbku Highlight text and press. Ctrl + Enter
We are
Container ship Ever Given still hasn't left Egypt - investigation is underwayContainer ship that blocked traffic in the Suez Canal was taken aground
Military Reviewin Yandex News
Military Reviewin Google News
49 comments
Ad