Cyber ​​front: the quiet battles of the future 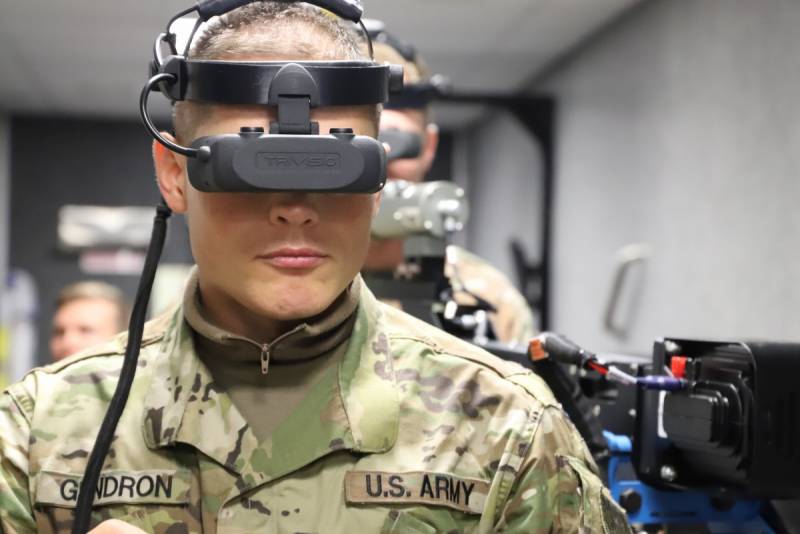 Get out of the comfort zone

To begin with, a little modern chronicle of "war" actions in cyberspace. On May 7, 2021, in seventeen states, the American authorities introduced a state of emergency. It's all about 100 GB of critical information from the oil company Colonial Pipeline, which the hackers remotely encrypted and demanded a ransom of $ 5 million in bitcoins. Oil workers have stopped the work of pipelines through which up to 45% of petroleum products are supplied to the east coast of the United States. As it turned out, the security system of the company and government agencies of the United States were not ready for such a turn of events. It was necessary, with the consent of the government, to pay millions to the extortionists, and it was only on May 13 that the work of the oil terminals was restored. In all likelihood, it was the largest in stories cyberattack on the energy sector. The DarkSide hacker group, responsible for the massive disruption of the oil operator, carries out attacks on a critical information structure every two to three days. Of course, not all of them end up with such a fat, but the intensity of the work and the scale are impressive. So only DarkSide ended up with the US oilmen, they stole more than 740 GB of confidential information from the French office of Toshiba in order to ransom. It is worth remembering that a small part of hacker scandals reaches us. Victims of cybercrime are not always ready to share with the press the details of the failures of their own security services. According to blockchain analysis company Elliptic:

"In total, just over $ 90 million in Bitcoin has been paid out to DarkSide alone from 47 different wallets." 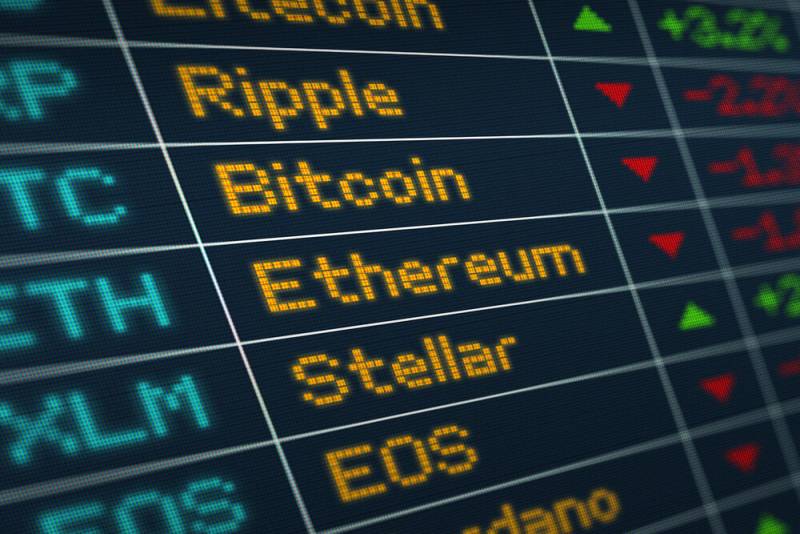 What does this story tell you? First of all, about the vulnerability of the modern civil world and the limitless possibilities of cybercriminals. And if someone believes that hackers are only able to take a person out of their comfort zone by turning off water, electricity and heating, then they are deeply mistaken. In February and April of this year, in Pennsylvania and Florida, attackers connected to local water treatment plants in an attempt to poison the water. In Florida, in Pinellas County, an unknown person remotely tried to increase the concentration of alkali in drinking water by 100 times. The operator noticed the cursor wandering around the interface in time (the hacker entered the system through TeamViewer) and returned all the changes to their place. Even in the event of a successful attack, utilities would have time to stop the effects of alkalization of water in time. But the very fact that hackers have access to such important resources makes us think.

We thought about the prospects for global vulnerability and government structures. Potentially, cyberwar can not only lead to massive infrastructure accidents, but also cause the death of people. A couple of years ago, hackers demonstrated hacking the control system of Tesla electric vehicles. Taking over the autopilot functions, the programmers took the car into the oncoming lane. Now imagine what chaos would ensue in the country if hacker groups launch a massive attack on all fronts. A real world war will begin.

As you know, generals are always preparing for the last war. But, nevertheless, they try as best they can to foresee the future. For this, military academies and specialized research institutes have been created. Sometimes military analysts manage to correctly predict the specifics of future wars. One of the key ideas of a whole group of Russian military scientists (recall that there are special academic degrees in Russia - candidate and doctor of military sciences) is a serious transformation of armed conflicts in the present and future. And the most important place in the hypothetical Third World War may be occupied by the cyber front. This opinion is confirmed by a number of foreign experts. Gunther Oettinger, former European Commissioner for Digital Economy and former Prime Minister of the German federal state of Baden-Württemberg, believes that a new all-out war will take place without guns and even without nuclear weapons... Everything will be replaced by silent battles on the fields of cyberspace.

Domestic analysts are not so categorical. According to the authors of the Military Thought magazine, in the 80st century, up to 90-10% of interstate confrontations will take place in the form of a non-military component. In this segment, a large place is given to cyber troops. The remaining 20-90% falls on hypersonic missiles, electronic warfare, drones, laser systems, stealth technology, missile defense and weapons based on new physical principles. Interestingly, in the past century, the ratio of threats was the opposite - up to 10% for "tangible" weapons and about 2021% for the non-military component. In 2030, an article was published in one of the issues of the Military Thought publication, in which the information threat from the West for Russia becomes one of the key for the period 2040-XNUMX. That is, we have a much better chance of becoming a victim of a giant infrastructure collapse caused by a cyber attack than of being killed by nuclear or conventional weapons. And it's all about integration into the information space. Every day we are expanding our presence in the virtual environment, becoming more and more vulnerable. 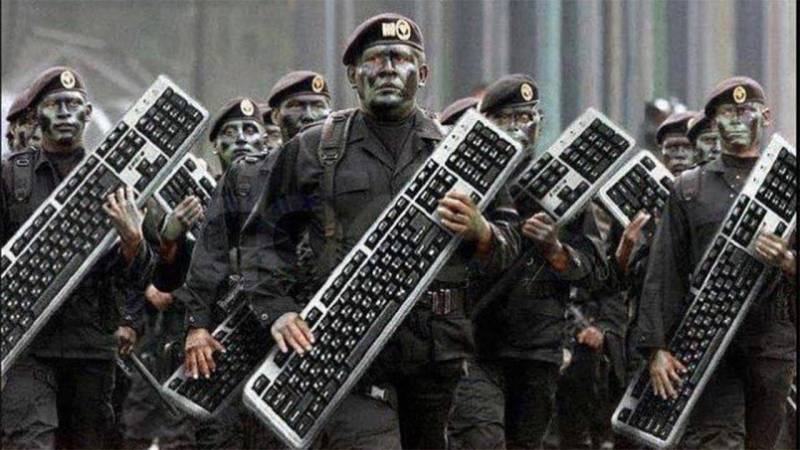 The story with the American GPS system can be an illustration of this problem. Not the one used by our smartphones and navigators, but a military high-precision one. The Pentagon has so accustomed its fighters and equipment to a convenient and high-speed positioning system that disabling GPS will cause chaos in the battle formations of the Americans. Hence the targeted opposition from Russia and China, aimed at destroying the constellation of GPS satellites and local suppression of navigation signals. The only difference in cyber threats is that Russia, China, and all countries with a developed information structure are in place of the United States.

There is still no consensus on the precise definition of cyberwar. In this, the situation is similar to the term "artificial intelligence". Scientists and engineers offer dozens, if not hundreds, of different interpretations of this phenomenon. For example, Alan Turing (the man who hacked the German Enigma) generally believed that

"A machine should be considered intelligent if it can do everything that a person does with his mind."

That is, a simple calculator, according to Turing's theory, can be considered an example of "artificial intelligence".

There are now at least three definitions of the term cyberwar. The version of the National Security Research Department of the RAND Corporation states that it is

"Impact on communication systems, intelligence, automated control, information networks with the aim of destroying them, disrupting and distorting information."

The authors of the book Cyberwar. A New Threat to National Security and Ways to Overcome It "Clark and Kneik:

"The actions of a nation state to infiltrate another country's computers or networks to cause damage or destruction."

And, finally, the Russian Institute for Strategic Studies writes that

"Cyber ​​warfare implies the achievement of superiority over the enemy through the widespread introduction of new technologies in combat command and control systems and, most importantly, improving the organization and command and control of troops."
Such inconsistency in terms unambiguously speaks of a certain confusion of state services in the face of a new threat. After all, if we do not fully understand what to fight with, it is very difficult to find an effective antidote. Despite this, we are gradually slipping into a real cyber war with absolutely unpredictable consequences.

The advent of the Internet of Things and 5G networks makes every person on the planet potentially vulnerable. Cyber ​​weapons are becoming real weapons of mass destruction. The ubiquitous connection of everything and everyone to the World Wide Web theoretically allows hackers to influence even the metabolic processes of the body. Now in medicine, pacemakers and insulin pumps with a remote interface are becoming widespread. The possibility of hacking these gadgets and malicious control (shutdown or release of a lethal dose of insulin) was discussed back in 2012 at McAffee. A less bloodthirsty example: smoke detectors and kettles are integrated in the concept of "smart home" into a single network with Internet access. Theoretically, it is possible to remotely reduce the sensitivity of the sensors, turn on the kettle and start a fire. 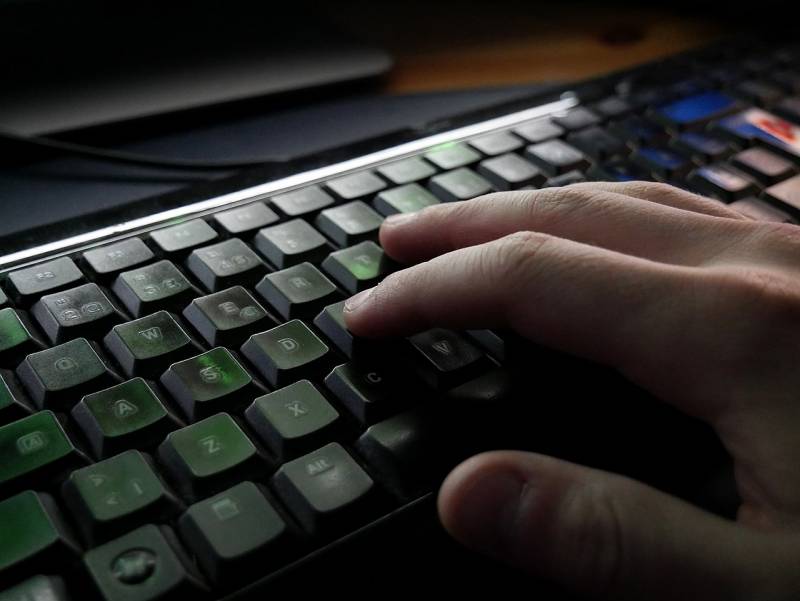 Source: wikimedia.org
It is not uncommon for hacker groups to spend millions of dollars and months of continuous work on their attacks. Viruses have to be implanted into vulnerable systems and put into hibernation mode for an extended period. Such "sleeping bombs" can now be found in any device connected to the Internet at least once.

Examples of domestic cyberwarfare should not be regarded as the lot of self-taught hackers. In the event of a serious aggravation, a total attack on the civilian population by the "combatant" cyber units of enemy states is quite possible. It is worth recalling the experience of the all-out World War II, where the destruction of civilian infrastructure and civilians by Western countries was seen as an essential condition for victory.

At the strategic level, cyberwarfare is even more unpredictable. First, cyber technology is very difficult to constrain. This is not a nuclear or chemical weapon; after its use, there is almost no evidence left. It is even more difficult to catch an aggressor country in developing a new means of attack. Secondly, the countries of the third world can create competition with the states of the first line. The example of Iran with its effective cyber troops is indicative in this case. Third, in terms of cost-effectiveness, cyberwar is simply beyond competition. Penny state-wide costs can be multiplied by one or two successful cyber operations. And finally, the most important and most dangerous property of a cyber weapon is its ability to cause a completely real war according to the good old rules. It is very difficult to determine for what purpose a conventional air defense system has been hacked - solely for the sake of espionage or destruction of the defense line before an impending invasion? Only the very cold-blooded will be able to restrain themselves from far-reaching conclusions. And then the quiet battles will burst into artillery cannonade.