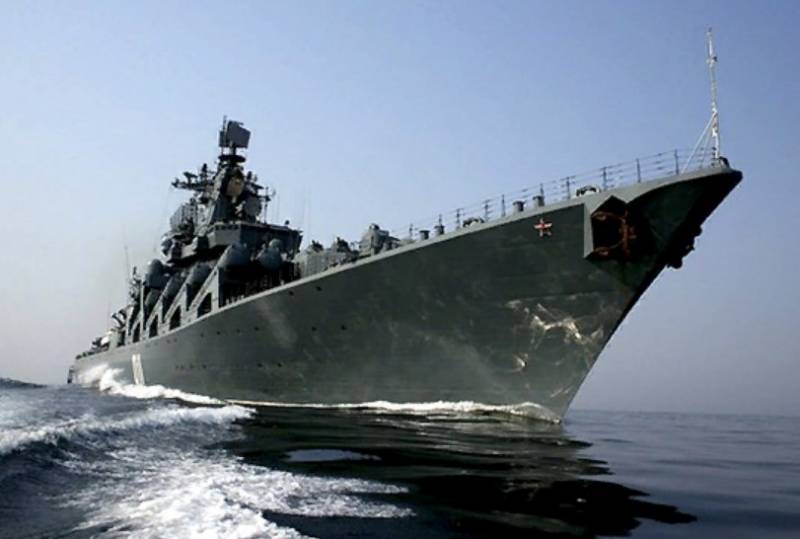 During the naval exercises in the Pacific, rocket and artillery firing of the Russian Navy took place with the participation of the Varyag missile cruiser and the Marshal Shaposhnikov frigate. These ships are part of the Pacific fleet (Pacific Fleet).


The press service of the Pacific Fleet reports.

During the exercises, the crews repulsed an air attack of a simulated enemy. The fire was conducted by the Kinzhal and Osa anti-aircraft missile systems, intended for the ships' self-defense. In addition, firing was carried out at targets from artillery mounts AK-130, AK-190, as well as six-barreled automatic mounts AK-630.

Earlier, there was information that the forces of the Pacific Fleet have been on a long march across the Asia-Pacific region since May 1.

And before that, in April in the Sea of ​​Japan, a control check was carried out following the results of the winter training period with the participation of two tactical groups of warships of the Pacific Fleet. They successfully hit targets at sea and on the coast.

A little more than two weeks ago, in the Peter the Great Gulf, the missile boat R-19 and the minesweeper BT-215 of the Primorsky Flotilla were conducting artillery fire at sea and air targets.

Ctrl Enter
Noticed oshЫbku Highlight text and press. Ctrl + Enter
We are
Reports from the militia of New Russia for 27-28 September 2014 of the year"Varyag" in China. View from Ukraine
Military Reviewin Yandex News
Military Reviewin Google News
5 comments
Information
Dear reader, to leave comments on the publication, you must sign in.