New and easy: will Russia create "invisibility" as an appendage to the Su-57? 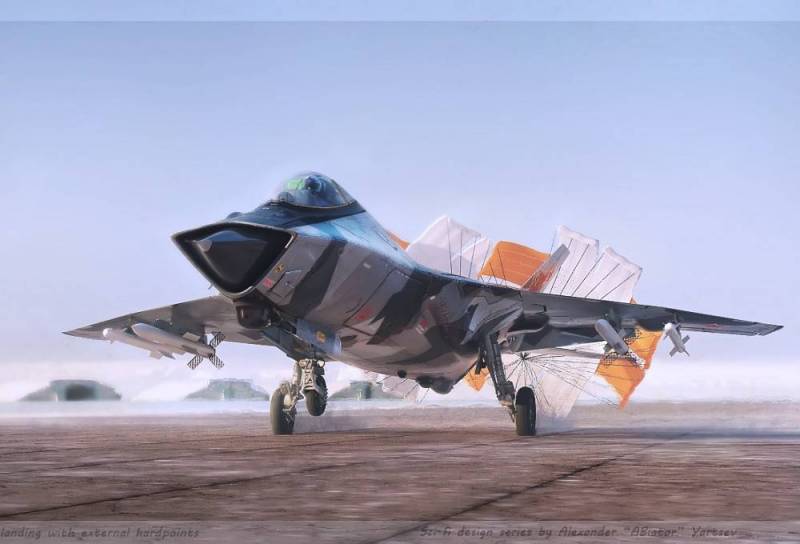 This winter, the Russian Aerospace Forces received the first production fighter Su-57that opened a new chapter in their modern stories... This could have happened earlier, but the very first of the built production fighters crashed in December 2019 while passing tests. Be that as it may, the fate of the Su-57 seems to be decided. In a positive way. According to the current contract, the Aerospace Forces should receive 76 of these machines. In the future, the supply of additional aircraft is possible: most likely, in the future, the aircraft will go to the troops in a modernized form, with the so-called "second stage engine" or "Product 30" (now the aircraft is equipped with an AL-41F1 engine). 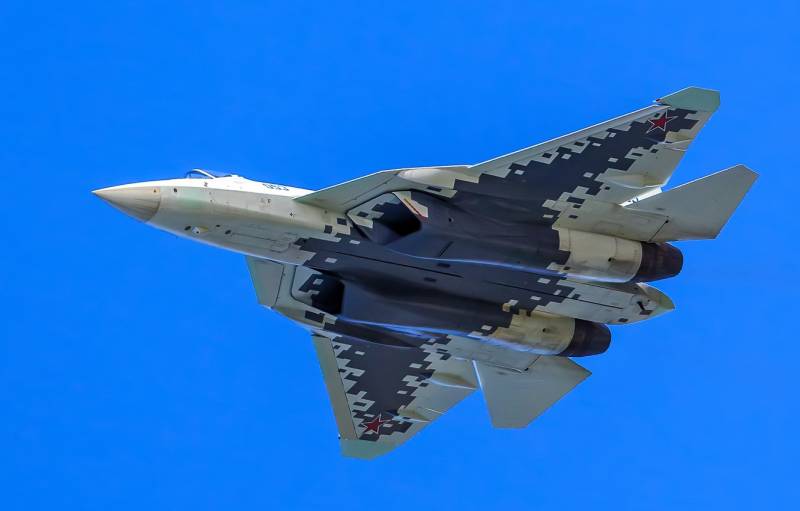 At the same time, the question remained about which machine will replace the "budgetary" MiG-29 in the troops, and whether the Soviet two-tier structure of fighter aviation, when the conditionally heavy Su-27 coexisted with the above-mentioned MiGs.

We can get the answer to this question soon. According to leading Russian media, citing a source in the aircraft industry, Sukhoi is developing Russia's first lightweight multi-role fifth-generation fighter with one engine.

The Sukhoi Company is developing the first single-engine light tactical aircraft in the modern history of Russia with a takeoff weight of up to 18 tons. The aircraft will develop a maximum flight speed of more than Mach 2, and also has super-maneuverability and improved take-off and landing characteristics due to the deflected engine thrust vector, the aircraft thrust-to-weight ratio is not less than 1. "
RIA News, in turn, wrote:

"When creating the aircraft, it is planned to widely use the groundwork developed in the framework of the creation of the Su-57, including the newest product 30 engine, radio-absorbing coatings, avionics, and a complex of weapons."

Thus, the characteristics of a promising fifth-generation fighter will look something like this: 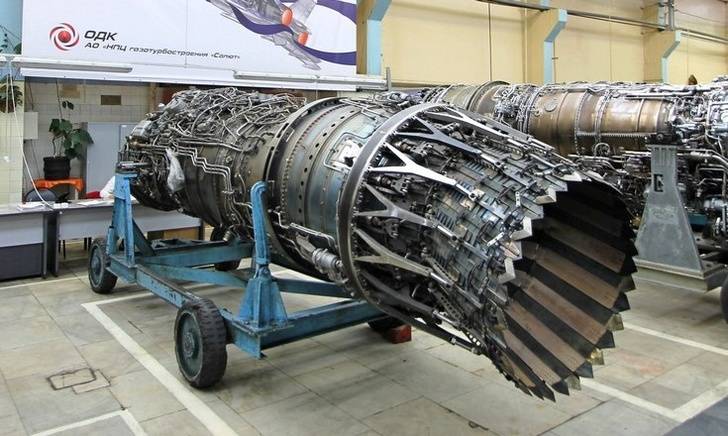 Nothing is known about the armament of the promising aircraft, however, looking at the Su-57 and F-35, one can assume that there are two large internal-fuselage weapon compartments. In them (again, purely theoretically) it will be possible to place up to four medium-range air-to-air missiles of the RVV-AE type: the F-35, we recall, can carry up to four AIM-120 medium-range air-to-air missiles , and after modernization, the number of such products will increase to six.

The Su-57 is a much larger vehicle. It has four weapon bays and, in addition to four medium-range air-to-air missiles (sometimes referred to as six) in the main compartments, it can carry short-range air-to-air missiles in two side compartments. This option for the deployment of weapons for a promising Russian fighter, apparently, will not work, although the experience gained during the creation of the Su-57 is undoubtedly used for a new machine.

The creation of a modern fighter does not make practical sense if you do not initially build the aircraft with the expectation of versatility. Simply put, the new fighter, if it appears, will be able to carry a wide arsenal of guided bombs and air-to-surface missiles. It is too early to talk about the types and capabilities of aircraft weapons (AAS), but it is appropriate to recall that recently the promising Russian planning aircraft bomb "Drill" has been tested, confirming its combat effectiveness. The product has 15 combat elements, each of which is equipped with its own infrared and radar guidance systems. 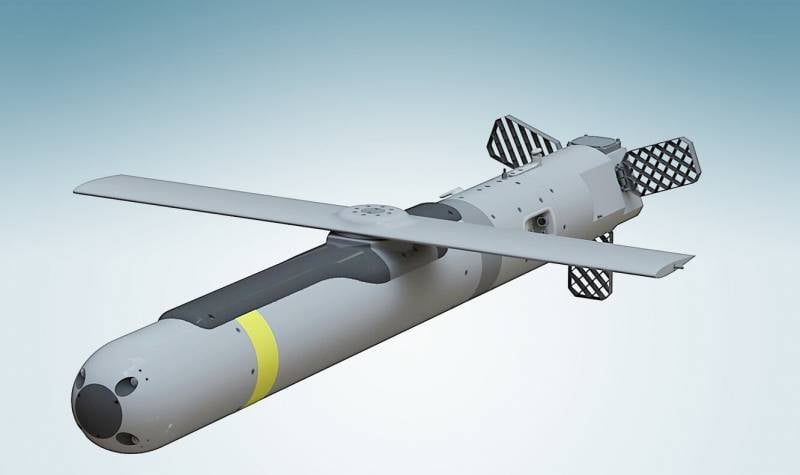 This is just a part of modern Russian ASPs. The country has not been spared the trend of their "miniaturization", which means that in the future fifth generation fighters will be able to carry many bombs and missiles in their internal compartments (while maintaining the stealth mode).

It is important to say that talk about a fifth-generation light fighter in Russia is about as long as this very generation actually exists.

One of the latest statements in this regard was made in December 2020 by the head of Rostec, Sergei Chemezov, who said that Rostec (Sukhoi is part of it) is proactively working on the concept of a promising single-engine aircraft in light and medium classes. And at the 2017 IDEX exhibition, Minister of Industry and Trade of Russia Denis Manturov announced the signing of an agreement on military-industrial cooperation with the UAE. According to him, this will allow the development of a fifth-generation light fighter project, in which there will be a place for specialists from the Emirates.

De facto, none of these statements (including the last one) allows us to say with full confidence that Russia will create something similar in the foreseeable future. Now the military-industrial complex has too many serious programs for which funds are urgently needed.

The most striking example is the creation of a strategic stealth bomber under the PAK DA program. It is noteworthy that in the future Russia wants to get a new interceptor to replace the MiG-31. This year Rostec officially announced the development of the MiG-41 interceptor.

The message then said:

“Development of the next generation of interceptor fighters has already begun. The project of the Prospective Aviation Complex for Long-Range Interception (PAK DP) under the symbol "MiG-41" is at the stage of development work. " 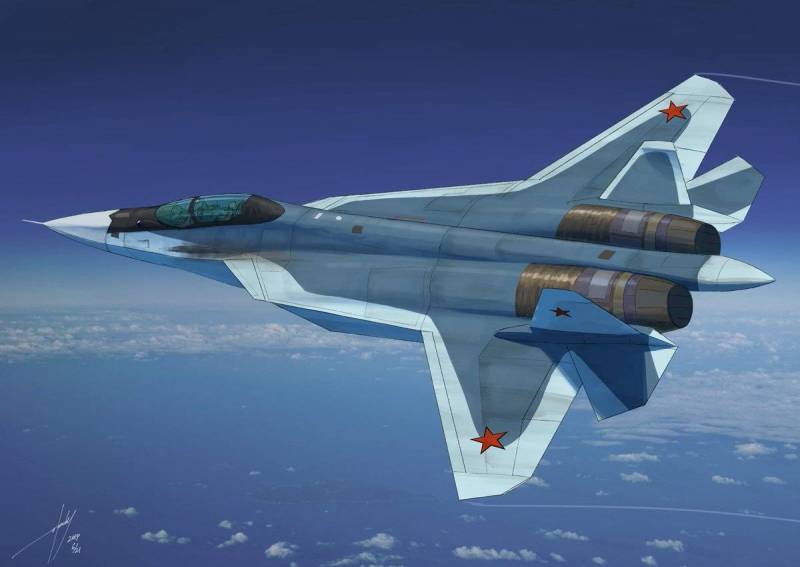 In such conditions, the chances for the appearance of a new fighter are few, but this does not mean that there are none at all. Perhaps the intention of the US Air Force to abandon the twin-engine F-22 and keep the F-35 will play a role in the birth of a single-engine vehicle: the latter turned out to be significantly cheaper in operation. Moreover, the degree of their combat readiness is higher.

However, even taking this into account, it can be stated that the "victorious march" of single-engine fighters did not take place, despite all the advantages of such an arrangement. Recall: the newest South Korean KAI KF-21 Boramae received two engines. The same number, in all likelihood, will be in a promising new generation Japanese fighter, which has long left the category of "light". The twin-engine layout was chosen for the European sixth generation Tempest and NGF fighters (created under the FCAS / SCAF program), which will appear closer to 2040. 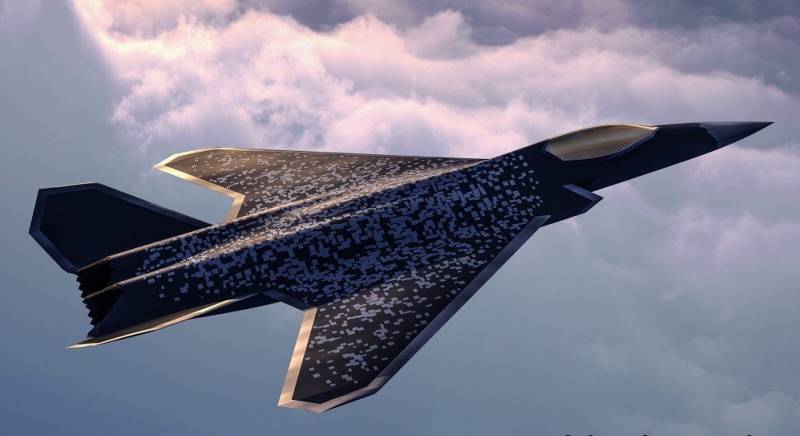 The Americans stand apart here, who want to get a replacement for the F-16 (we are not talking about the F-35). However, the United States is almost the only country in the world that can afford the simultaneous development of two new generation fighters.