Rogozin presented the first Russian tablet for the Ministry of Defense 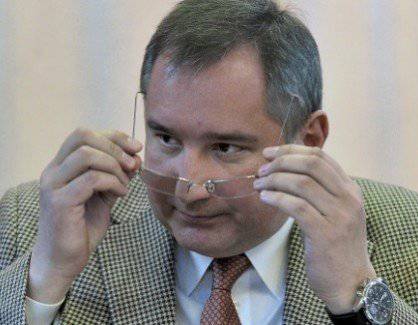 Created on the basis of the Android OS, the first Russian tablet, which is planned to be released by the end of 2012, is presented to the Deputy Prime Minister of Russia, Dmitry Rogozin.

“The operating system has all the functionality of the Android OS, but does not contain secret functions of sending personal user data to Google’s headquarters,” said Andrei Starikovsky, general director of NPC, based on the NRNU MII technopark.

According to him, deliveries are planned to be organized in the military department with the possibility of using a computer in the field. Starikovsky said that the main functions of the tablet will be data encryption, storage of crypto keys, terrain maps, GLONASS navigation.

“There will be two versions: regular and military (shockproof, waterproof),” Starikovsky added. The developer specified that the manufacturer will be Russian, ITAR-TASS reports.

“Some of the components will be imported, and the Russian assembly will be based on the TSNIIEEIS (the leading institution of the Ministry of Defense),” he said. - We have excluded from the assembly of the Google market because of security. "

At the same time, according to the developers, it will be possible to install the application in a tablet through the own RoMOS market.

“We will have our own secure application store,” said Starikovsky.

The tablet will have a 10-inch screen and the ability to connect to a wireless connection, including through a SIM card. Release of the device is planned after the certification of the software and the tablet is completed by the end of the year.

According to Starikovsky, this tablet will be certified by the FSO and FSTEC.

The first Russian tablet will go on sale widely and in the minimum configuration 15 thousand rubles will cost.

Meanwhile, the deputy prime minister at a meeting of the faculty of the MEPI said that a meeting on the development of the Russian defense industry will be held in the coming days under the chairmanship of the head of state.

According to him, during the meeting he (Rogozin) will deliver a report, reports Interfax.

The vice-premier also said that the Military-Industrial Commission under the government headed by him was completing a cycle of initial consultations on the so-called “brainstorming” to develop a new approach to the development of the defense industry complex.

According to him, the depth of the horizon in the framework of Russian military research is no more than five to seven years, which does not allow overtaking the military developments of leading foreign countries.

“The most important task is to achieve a new industrialization of the country, to use such technologies that have dual and triple purposes, and thus to get off the damn oil needle,” Rogozin said.

According to him, it takes about three years to achieve this goal, if nothing prevents the implementation of this program.