Ryanair flight 4978: point of no return 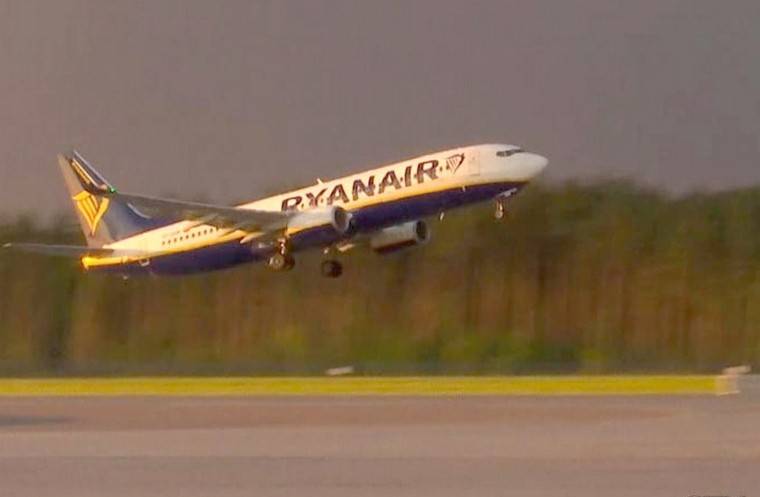 The flight of the Irish airline Ryanair FR4978 will be remembered. Everything! Yes, he has already entered the annals stories - how one should act and not worth another. The main question now is what will be the consequences for Belarus from the "state seizure of the aircraft." This is how the West dubbed the actions of the Belarusian special services to capture Roman Protasevich.

Operation Roma, Come Home! for a long time they will be laid out on the shelves and disassembled into commas. They will also criticize and water with all sorts of solutions. But to be honest, the implemented project of the Belarusian security officers looks strong.

It is necessary to be able to catch one of the main oppositionists, instigators of last year's protests in Belarus, personal opponent of Alexander Lukashenko "in a cage." Indeed, until recently, the former editor-in-chief of the Telegram channel (which quickly gained up to 2 million subscribers) Roman Protasevich wrote on Twitter that he was ready

"To voluntarily return to Belarus and surrender to the security forces in exchange for the forced transportation of Lukashenka to the international court in The Hague."

Father could not forget such a thing. That is why what happened in the Belarusian sky fully coincides with the main principle of Alexander Grigorievich - “nothing is forgotten, no one is forgiven”.

It is important that in legal terms you will not particularly pick on an air incident. Under Article 3bis of the Chicago Convention, on the basis of which the International Civil aviation (ICAO), the authorities of any country can require a civil aircraft to land at any of its airfields, if the authorities have good reason to do so.

And it seems that they were there - the authors of the e-mail about the mining of the plane of the Ryanair airline threatened to detonate a bomb in the liner. According to the director of the aviation department of the Ministry of Transport and Communications of Belarus, Artyom Sikorsky, the message, written in English, contained a demand for the EU to stop supporting Israel's actions.

But the most important thing is that the decision to land an aircraft at a specific location is made only by the aircraft commander. In the sky, he is higher than any presidents and other leaders. So, the recording of radio communications between the air zone controller and the ship commander shows that the PIC made an independent decision without external pressure.

He received information that an explosive device was on board, and it did not come from the Belarusians. The ship's commander acted strictly in accordance with the regulations for airlines around the world. And the Belarusian authorities had the right to lift the MiG-29 into the air - to control the flight of a "potentially dangerous" aircraft is a reasonable thing.

However, the main result of the plane's landing was not hidden by the Belarusian authorities - to get Roman Protasevich. Hence such an irreconcilable reaction from the collective West. The epithets after the capture of Lukashenka's opponent were very different: “unprecedented event","act of state terrorism","act of theft».

But words, albeit the harshest, are one thing, and concrete consequences are quite another. The most striking skirmish took place between Belarus and Latvia. In response to Protasevich's landing in Riga, they decided to change something on the flagpole dedicated to the World Ice Hockey Championship. They took and replaced the flag of the Republic of Belarus with a white-red-white banner used by the Belarusian opposition.

Official Minsk could not pass by such humiliation. The reaction was extremely clear and specific - the expulsion of all Latvian diplomats from Belarus, including the ambassador. Riga responded in kind. In fact, this is a complete rupture of diplomatic relations between the countries.

Lithuania also came to the fore with “tyranny”. President Gitanas Nauseda called on NATO and EU allies to accept “urgent measures to prevent the recurrence of similar incidents". In Lithuania, a ban was introduced on the acceptance and departure of aircraft that travel through the airspace of Belarus.

This, however, does not mean canceled flights, it is just that airlines will have to choose “fly-by” routes. The main message here is to turn Belarus, in fact, into a no-fly zone. And its signs have already manifested themselves with might and main. The EU has banned Belavia's flights to the EU countries. European air carriers were advised to abandon flights over the territory of Belarus.

A number of airlines have already joined the initiative, and not only from the European Union. Among them are French Air France, German Lufthansa, Latvian Air Baltic, Dutch KLM, Austrian Airlines, Swedish SAS, Polish LOT, Spanish Iberia, Finnish Finnair, Japanese All Nippon Airways.

Prohibitive measures were quickly taken by Great Britain and Ukraine. Well, with Square it is clear - it has been running ahead of the "steam locomotive" for a long time. With the United Kingdom, however, too. Britain, like a lousy about the bath, immediately tried to hook Russia with the help of the incident with Protasevich.

Say, and here the hand of the Kremlin is clearly visible, and therefore the Russian Federation needs to add sanctions just right. And, of course, how can we go without it today - without fail to stop Nord Stream 2.

If you have not yet remembered about the Yamal-Europe gas pipeline, then they will definitely remember. Up to a quarter of all Russian gas supplied to Western Europe passes through the territory of Belarus. As for the Belarusian oil products, the question is already hanging - a significant share of them goes just to Ukraine.

After the clearly unfriendly actions of Kiev, Minsk will have to take retaliatory measures. Will he go to block the gasoline channels in the Square? The response is strong, but it will immediately affect budget revenues. And Lukashenka is very kind to this.

The Belarusian transit also consists in the fact that this very small Russian "ally" and neighbor has no outlet to the sea. Therefore, it fundamentally depends on the ports through which Belarusian goods are exported.

Until recently, Belarus worked closely with the ports of Lithuania and Latvia. But after last year's mass protests in Belarus, curated by Lithuania and Poland, relations with them have changed dramatically. Lukashenko was forced to take advantage of Russia's long-standing offer to use its ports for export, primarily Ust-Luga. 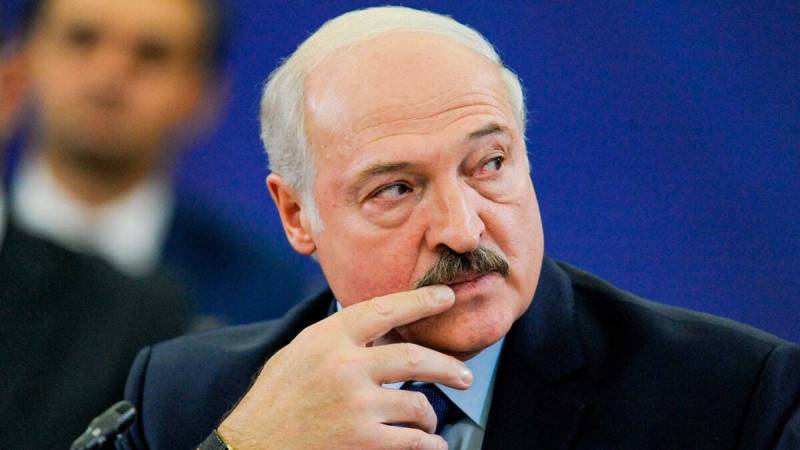 The old man postponed this decision for a long time, but in February 2021 the Russian-Belarusian agreement was finally signed. Lithuania, or rather its ports, suffered the most from it. In fact, the transit of Belarusian goods to Lithuania simply stopped.

Latvia in this situation behaved more prudently. She did not make harsh statements, she was not going to quarrel with Minsk. For the Latvian authorities, budget revenues are also important. And after the relations between Latvia and Russia on the transit issue cooled very much, the preservation of goods flows from Belarus became a strategic task.

But now it is over. The trick of the mayor of Riga to replace the flag of Belarus at the World Ice Hockey Championship resulted in multimillion-dollar losses for another Baltic country. Who won in the end? That's right - Russia! Her project for the development of its own port infrastructure in the Leningrad Region received another confirmation that everything is being done correctly.

If we go back to airplanes, then in the present light, the prospects for another transit industry in Belarus - aviation, look gloomy. Belavia may well go bankrupt, transit flows, if not zero, will be reduced by an order of magnitude. This means that the country's budget will lose noticeable revenues.

But most importantly, people, specialists will suffer: pilots, airport employees. Things may get to the point that the Belarusians will now have to get abroad through Russian airports. Although quite recently it was quite the opposite - many Russians gladly used the Belarusian air transit to look at the world.

The capture of Roman Protasevich is undoubtedly a political action. And it is intended for both external and internal consumption. For foreign "partners" all the flags have been placed - there will be no friendship between Lukashenka's regime and the West. 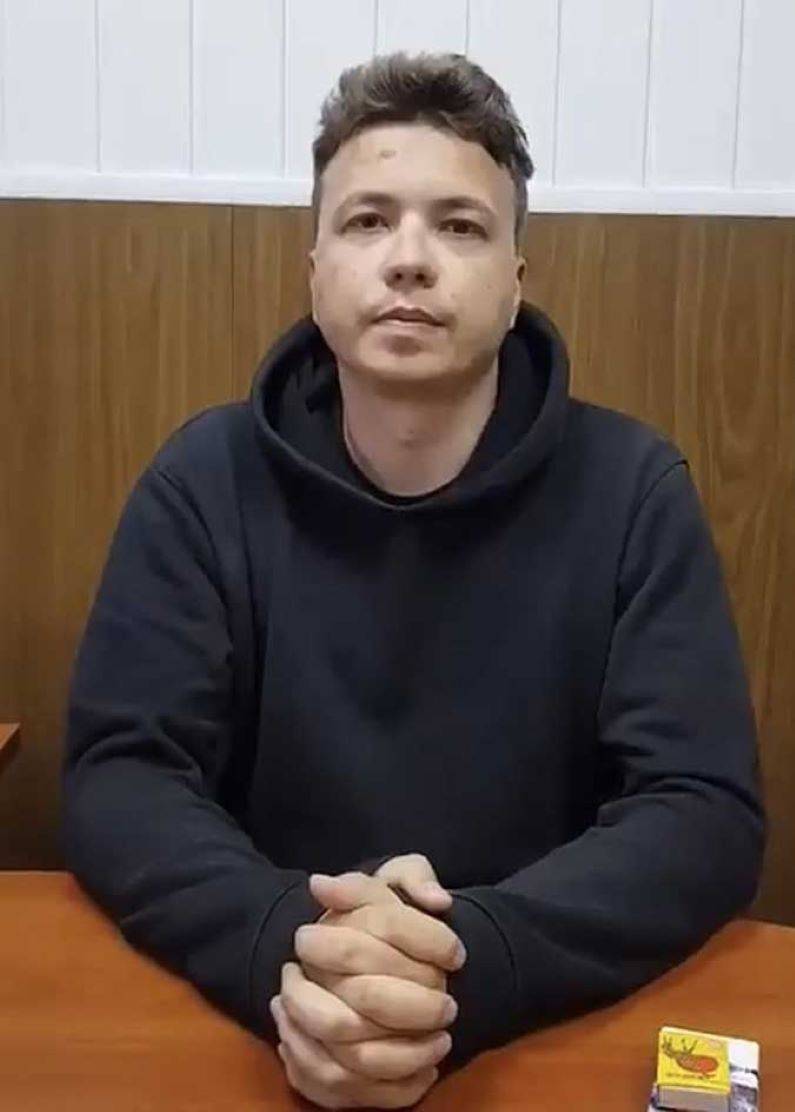 The main achievement of Batka is that he really created a well-oiled state mechanism that really works. During the massive protests, he passed a serious test for stability.

The opposition movement is dispersed, dispersed: who went abroad, who was imprisoned, who simply had to shut their mouths. And the capture of the ex-chief editor of Nexta is a kind of triumph of the Belarusian state. There is nowhere higher.

Actually, this is the main message for the Belarusian society - the state is operating in the country. Lukashenka says to Belarusians - there is a system, order, social stability. The alternative is the Lithuanian Tikhanovskaya, the "malicious" little boy Protasevich and others.

And behind them vague "democratic reforms" loom. But this is all just a raid - democracy will necessarily be followed by economic changes, if not upheavals.

However, the problem is that the Belarusian economy is likely to experience shocks right now. The transformation of the vast transit segment will have to be endured somehow so that it does not result in negative social consequences. And at the present time this is the most acute challenge for Alexander Grigorievich.

What will he do in a situation where the previous format of "sitting on several chairs" has definitely died? Go to the forced tight integration with Russia, rush to further develop the Asian markets?

In general, in Belarus, everyone will look first of all in their own wallet and look into the wallet of the state called the treasury. If even after the capture of the "birdie" in the sky they do not become scarce, then honor and praise to Lukashenka. Then he will certainly be called the sovereign of All Belarus (Why Belarus does not need a "democracy inoculation").