Judging by the worldwide rift caused by the pandemic, today the massive, almost universal vaccination has turned into something worse than religious fanaticism. From a real means of fighting SARS-CoV-2 and all its varieties, a good cause quickly turned into an end in itself.

By mid-2021, the World Health Organization - WHO, headed by a Secretary General named Tedros Adan Ghebreyesus, seemed to have quietly gone into the shadows. A man with a suspiciously "biblical" surname once gave the go-ahead for something that, if you take a sober look at the numbers, does not even exist today - a pandemic. 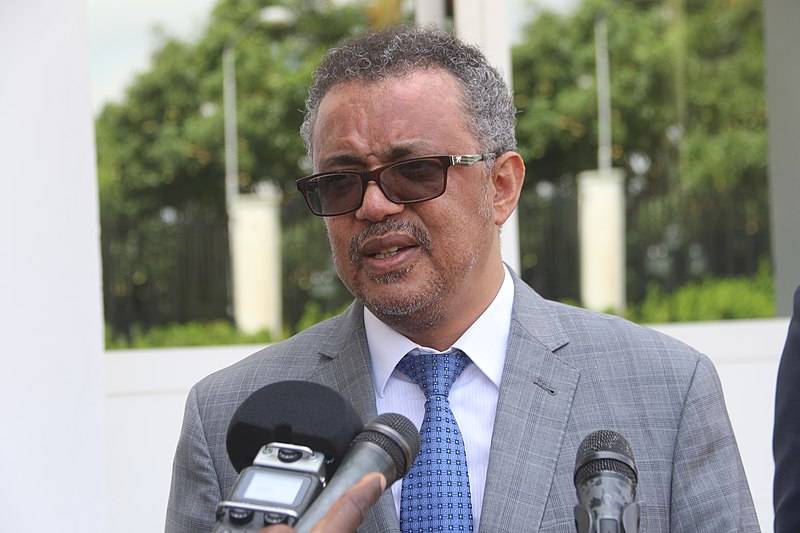 Now from the mouth of Gebreyesus sounds a call to vaccinate 10 percent of the world's population by September of the current 2021. And this is not only in Europe, the USA and a little dubious Latin America, this is taking into account the downright "dying out" India, tightly closed China and Africa with the Middle East and Southeast Asia.

Vaccine manufacturers can only applaud this bum, whether half-bureaucratic, or half-doctor, the descendants will figure it out. The Russian manufacturers of Sputnik V and its last ones, no matter how they try not to recognize them, are also in the ranks of applauding. So repeat after that that the "war of vaccines" was not ordered.

Even as ordered. To be convinced of this, or rather to prove it with reason, it is enough to get acquainted with at least the first data on the success of the global medical industry in 2020. A pandemic year, which in this regard, of course, justifies a lot. 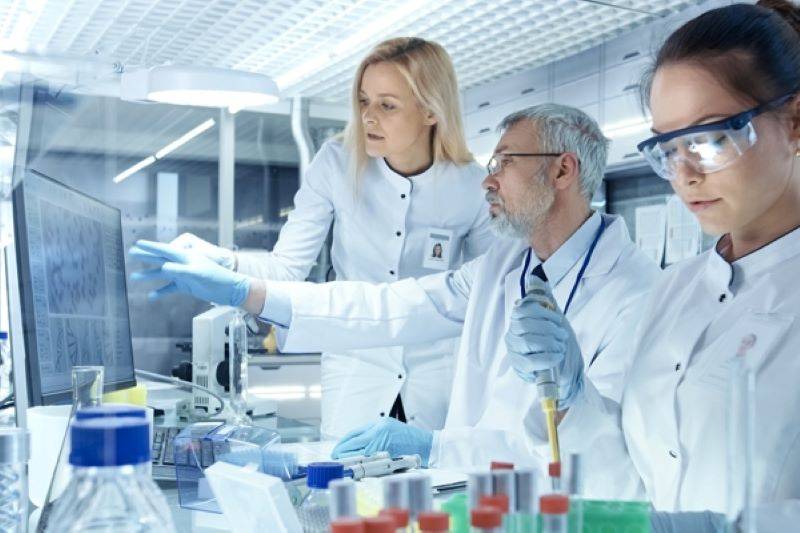 Let's start with the indicators that no one hides or even disputes. They by no means cover the entire global pharmaceutical industry; these are the very data that are now trying not to advertise. However, no one hides the growth of the pharmaceutical market by 10-12 percent, according to various estimates.

It is characteristic that, at the same time, a drop in sales of traditional drugs and medicines was observed almost everywhere - by 4-7, and somewhere even more percent. So the conclusion about the salutary role of the pandemic for the industry is quite open to dispute.

From prognosis to diagnosis and "Chinese" prevention

The very fact that it was the pandemic that gave an unprecedented impetus to investment in scientific research, primarily related to the development of vaccines, seems to be undeniable. But a little over two years ago, when there was no sign of a pandemic in the world, analysts predicted a serious slowdown in the growth rate of the pharmaceutical market.

By 2018, they had stabilized at 4-5 percent per year, but further growth should have been less. But even at the same time, the market volume significantly exceeded one trillion US dollars, which, in comparison, albeit not entirely correct, with the world GDP of 87 trillion dollars cannot but impress.

Pharmaceuticals is not energy, not oil and gas production, but more than a percent of all world money, as we see, is involved in one way or another. According to IQVIA, in 2019 the volume of the global pharmaceutical market increased compared to 2018 ($ 1,2 trillion) and exceeded $ 1,32 trillion.

And then came the pandemic 2020, and what should have happened to pharmaceuticals happened. Despite the losses in all sectors, except for the covid one, according to preliminary estimates, it became the leader in growth among all other sectors of the economy. There are no exact data yet, and they are not needed when the trend is clear.

Suffice it to say that the largest pharmaceutical market in the world - in the North America region - grew in 2020 to more than $ 530 billion.Experts estimate the Asia-Pacific market at $ 400 billion, and the European market at more than $ 300 billion, oddly enough , not Western, but exclusively Eastern. 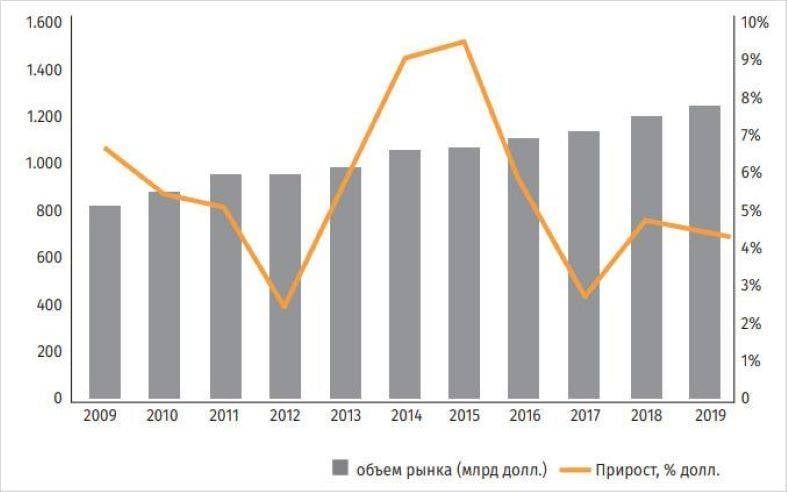 At the same time, China was actively, even, rather, aggressively saturated with drugs not only associated with covid, but also at the preclinical stage of development and in the early stages of clinical trials. Quite understandable, you see, "Chinese" prevention.

It is indicative that even during the pandemic, it was not the sector that was associated with masks and vaccines that grew at a faster pace, but the so-called digital health. Roughly speaking - a "remote control" in white coats, which every year adds almost 20 percent and by 2025 will reach $ 500 billion.

And so, by the way, this share is constantly growing, although not too quickly. And it is no coincidence that “pharma-digital” is the sphere of one of the most active venture capital investments. That is, capital investments for technologies that have not yet been introduced, counting on not at all guaranteed success and, accordingly, sales.

Nevertheless, this market for development and research receives its three and a little billion dollars quarterly on a regular basis. In general, in pharmaceuticals, more than 20% of revenue, mind you - not even profit, but revenue, immediately goes to research development. At the same time, two-thirds of investments fall on the top twenty transnational companies of "big pharma". 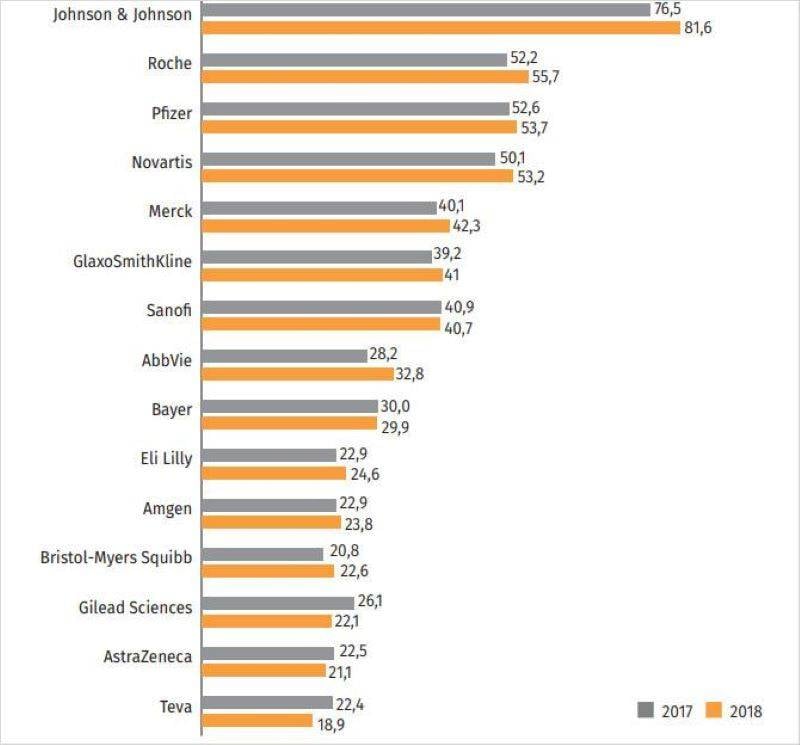 Pay attention to what "modest" positions the Anglo-Swedish company Astrazeneсa, now known to everyone and everyone, occupied a couple of years ago. And now she is already close to the top five. Pfaizer with its eponymous product is generally in the top three, and Moderna is slightly behind only because it is primarily engaged in development, not production.

It must be remembered that investment in the medical “digital” is a real alternative to mass social medicine, the experiment with the introduction of which in the United States, initiated by Barack Obama, was unsuccessful. But the trend towards personalizing medical services, and the actual production of medicines, was harshly broken by the pandemic.

It was the hysteria around Covid-19 that made it possible for some, most likely a long time, to return to the practice of releasing multimillion-dollar batches of the same vaccines. And fabulous profits are guaranteed by the fact that the lion's share of drugs - tens, even hundreds of millions of doses - are purchased at the expense of country budgets.

Readers probably noticed how the same masks fell in price sharply, or even became free, as soon as their implementation was put on an uninterruptedly operating budget conveyor? What, and then who will argue that this is a conspiracy?

At the same time, no one anywhere prohibits vaccinating and vaccinating just for money. So, in the Russian capital, a brand new drug "KoviVac" from Chumakov is almost over the phone offered to inject for "modest" 8 (in words - eight!) Thousand rubles.

And a little more about money. Pharmacists invest three times as many auto makers in science and research, and seven to eight times as many as builders or oil workers. But no one, not even your authors, is going to accuse the pharmacists of anything.

Even in the fact that it was they who ordered not only the "war of vaccines", but also the pandemic itself. However, the very fact that both became a real "holiday" for them hardly raises doubts. Especially after even a cursory acquaintance with our "numbers".

Ctrl Enter
Noticed oshЫbku Highlight text and press. Ctrl + Enter
We are
A great interview with Sergey Lavrov: about Ukraine, Obama and IranWhat you didn't want to know about England
Military Reviewin Yandex News
Military Reviewin Google News
95 comments
Information
Dear reader, to leave comments on the publication, you must sign in.