Japan remains without "cover" by the American AUG: the United States is ready to send the aircraft carrier "Ronald Reagan" to the Middle East 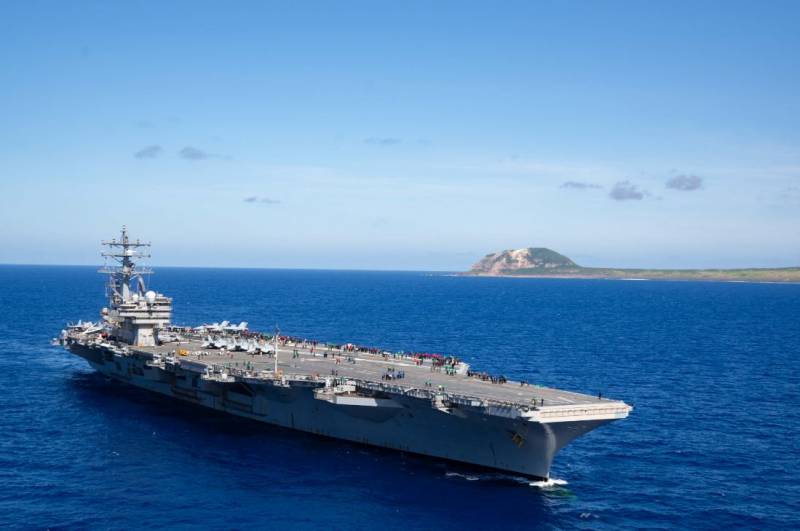 The upcoming decision of the head of the Pentagon Lloyd Austin became known in advance. The aircraft carrier Ronald Reagan, based in Yokosuka, Japan, is to be sent to the Middle East to support the withdrawal of the US army from Afghanistan. This is the first time the American command has taken such a step in almost 20 years. In 2003, the aircraft carrier USS Kitty Hawk was sent to the Persian Gulf to provide support for the American army in Iraq.

The need for the presence of an aircraft carrier group of the US Navy in the Middle East is due to the decision of US President Joe Biden to withdraw US troops from Afghanistan. The withdrawal process should be completed by September 11, 2021. But in order for it to pass without incidents, air support is necessary, and the easiest way to provide it is from an aircraft carrier.

US Department of Defense spokesman John Kirby recently declined to confirm the carrier's deployment, stressing that the Pentagon did not announce in advance the movements of warships. But at the same time, Kirby emphasized that the withdrawal of troops from Afghanistan must be carried out in a safe and orderly manner. Obviously, the presence of an aircraft carrier as support is part of this safe withdrawal plan.

Meanwhile, the US Navy announced that the USS Ronald Reagan had left Japan for deployment in the Indo-Pacific. This region is large, and it is not necessary that the aircraft carrier will approach Pakistan, which is within easy reach of Afghanistan.

The deployment of the USS Ronald Reagan aircraft carrier in the Middle East will entail the absence of a ship of a similar class in the Pacific Ocean close to Japan. The Japanese and Americans now need to rely on their allies: a British strike group headed by the aircraft carrier HMS Queen Elizabeth moved to the Pacific region. The group, in addition to British ships and military personnel, includes several hundred US Marines and 10 US Marine Corps F-35 fighters.

It should be noted that the presence of US aircraft carriers in the Pacific is of strategic importance. This region plays a very important role in the strategic confrontation between the United States and Russia and China, so Washington does not want to weaken its military presence there for a long time. At the same time, Japan has already announced that the country is temporarily left without "cover" from the US AUG.