The underwater component of the Russian Navy is ready to deprive the combat stability of Her Majesty's KUG. What they kept silent about in Whitehall 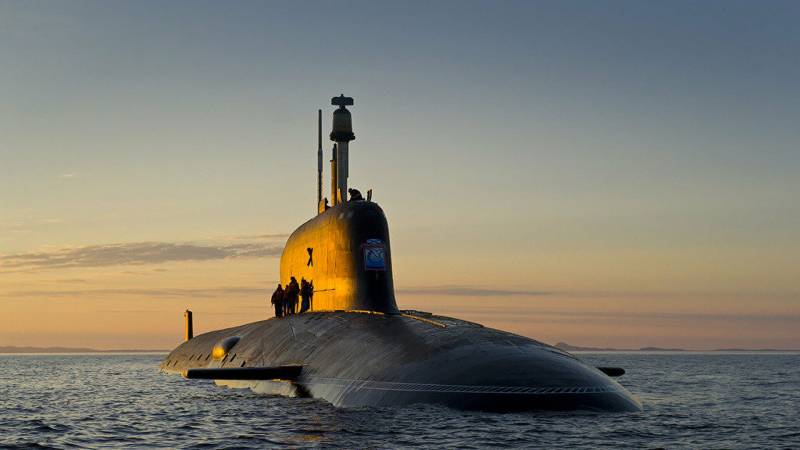 Voiced a few days earlier by British Defense Minister Ben Wallace in an interview with a number of British news sites information about the appearance of ultra-low-noise diesel-electric submarines pr. 877EKM "Halibut" and pr. 636.3 "Varshavyanka" in the Irish Sea was greeted with a flurry of very contradictory and ambiguous comments from the observing audience of "Military Review" and other domestic military-analytical portals.

Part of the audience continued to be firmly convinced that in Whitehall there was another surge of Russophobic diplomatic hysteria, which has become a traditional phenomenon in the British establishment, while it could only be about one of the many inter-fleet transitions of our diesel-electric submarines from the zone of responsibility of the Black Sea fleet to a similar area of ​​the Baltic Fleet (without entering the waters of the Irish Sea).

A critical alignment for the British Navy is imminent. Consequences of the likely confrontation between British surface ships and MAPLs with non-nuclear and nuclear components of the Russian submarine fleet

The second group of observers came to the conclusion that the mere fact of the detection of our diesel-electric submarines of the Varshavyanka and Halibut classes in the exclusive economic zone of Foggy Albion (near the territorial sea of ​​Great Britain) with its further promulgation by high-ranking representatives of Her Majesty's defense department, can to indicate the discrepancy between the level of acoustic secrecy of the first parameters (the sensitivity of hydrophones and the level of selection of sound-emitting sources against the background of natural noise) of promising hydroacoustic reconnaissance means, which are in service with the Royal Navy of Great Britain.

The third group of observers completely saw in the above statement of Mr. Wallace sheer incompetence, due to his ignorance of the shallow depth of the Irish and southern parts of the North Seas (varying in the range of 50-120 m), allegedly excluding long-term, effective and safe operation of Halibut / Varshavyanka in underwater mode, excluding the opening of their own location by means of turret multispectral optical-electronic sighting systems from L-20 Wescam MX-3HD, installed on long-range anti-submarine aircraft P-8A "Poseidon".

In reality, any of the above opinions regarding information about the detection of our diesel-electric submarines pr.636.3 / 877EKM in the Irish Sea hardly corresponds to the real state of affairs, not to mention the hypothetical confrontation between the atomic and non-nuclear submarine components of the Northern and Baltic fleets of the Russian Navy, with one hand, and the British Navy - on the other.

Be that as it may, in the situation described by Ben Wallace, we can talk mainly about the demonstration "muscle flexing" of the underwater component of the Russian Navy near the sea borders of Great Britain in response to similar actions of anti-submarine frigates of the Duke class and destroyers of the Daring class of the southern coast Republic of Crimea. Therefore, in this case, we are not talking about a long stay in underwater mode.

In the event of an increase in the degree of operational and tactical tension in the sea zone of the North-European theater of operations, ultra-low-noise submarines of the Varshavyanka / Halibut class (having an acoustic noise coefficient of about 30-35 dB in the “sneaking” mode) are quite capable, albeit temporarily, but “ wipe the nose "for sonar operators of both low-noise multipurpose nuclear-powered ships" Astute ", relying on the high sensitivity of the advanced in-hull multi-element SJC" Sonar 2076 "(represented by several thousand hydrophones), and" Poseidons ", receiving information about the tactical underwater environment from modern active and passive sonar buoys AN / SSQ-125MAC, AN / SSQ-101B ADAR and AN / SSQ-62D / E DICASS via 96 secure telemetry radio channels operating mainly in the VHF / VHF meter wave band (from 136 to 173,5 MHz).

So, in the shallow (70-200 m) areas of the Irish and North Seas, which are rich in complex bottom relief, where the range of direction finding of sound-emitting underwater objects (in our case, diesel-electric submarines) by means of the RSL, GPBA and in-hull sonar complexes of the MAPL is 3 or more times smaller, rather than in deep-water areas of sea and ocean theaters, hydroacoustics operators of the Estute class MAPLs and the Daring EMs will be able to detect "creeping" Varshavyanki and Halibuts only in the near zone of acoustic illumination (10–20 km); and even then under the condition of favorable hydrological conditions.

Consequently, operating at much greater distances from British naval strike groups (in the second far zone of acoustic illumination - 35-70 km) and using the onboard MGK-400EM "Rubicon-M" SJSCs with a bearing range of surface ships of 60-80 km, our diesel-electric submarines can in advance to carry out underwater launches of anti-ship 3-swing modifications of the SKR "Caliber-PLE" - 3M54E1 (capable of performing intensive anti-aircraft maneuvers at the terminal section of the trajectory) or torpedoes UGST "Physic-1" on destroyers Type 23 and anti-missile EM Type 45.

At the same time, for a more confident deprivation of the combat stability of the British KUG, the "outfit" of the 3M54E1 "Caliber-PLE" anti-ship missile system should numerically significantly exceed the ammunition load of the super-maneuverable missile-interceptors "Aster-30" of the attacked Daring class destroyers.

Even more disastrous consequences for the British fleet will be fraught with the use from the waters of the Norwegian and / or North Seas of low-noise multipurpose nuclear-powered missile cruisers pr. 885 / M Yasen-M, which have at times large ammunition load of 2,3-swing anti-ship missiles "Onyx" , as well as arsenals of promising hypersonic anti-ship missiles 3M22 "Zircon", the interception efficiency of which by means of the "Aster-30" missile defense system (shipborne PAAMS air defense systems) will be noticeably lower.

Ctrl Enter
Noticed oshЫbku Highlight text and press. Ctrl + Enter
We are
Dug in! 7 fleet of the US Navy will fall on the fly unique modification of "Halibut"Situational analysis of the death of the MH17 flight (Malaysian Boeing 777), made on the basis of engineering analysis from 15.08.2014
Military Reviewin Yandex News
Military Reviewin Google News
15 comments
Information
Dear reader, to leave comments on the publication, you must sign in.