Ministry of Defense of Belarus: NATO stepped up its activities near the borders of the republic 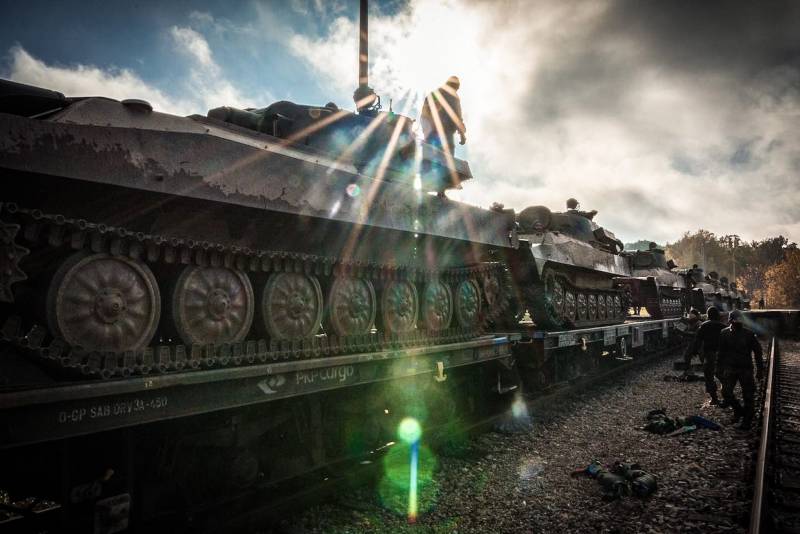 At present, NATO has stepped up reconnaissance activities and combat training of its military at the borders of the Republic of Belarus, as reported by the military department of the republic. All this is taking place in the context of information attacks on the republic and the militarization of neighboring states. The purpose of such actions by the West is the desire of NATO and the EU to dominate and impose their will.


To implement their plans, the member states of the North Atlantic Alliance are increasing their contingents on the territory of states neighboring Belarus, allocating significant funds for military expenditures. Combat aviation NATO countries, for the purpose of conducting reconnaissance, regularly make reconnaissance flights in the airspace of neighboring states. Reconnaissance drones are also used.

As a result of the ongoing operational activities, the special services of Belarus regularly identify the organizers of protest actions and suppress the activities of extremist online resources that propagandize citizens' calls for protests. The channels for the receipt of funds from various foreign funds and individuals are being opened, significant amounts of money in foreign currency are being withdrawn, which are planned to finance anti-state activities.

The Ministry of Defense of the Republic of Belarus notes that NATO continues to demonstrate openly aggressive intentions, moving infrastructure to the eastern borders, but each time declaring its concern when exercises are conducted on its territory by Belarusian troops.

Ctrl Enter
Noticed oshЫbku Highlight text and press. Ctrl + Enter
We are
Reports from the militia of New Russia for 27-28 September 2014 of the yearDecember 2010 years. Russian March. Senseless and merciless? Notes not a Russian person
Military Reviewin Yandex News
Military Reviewin Google News
64 comments
Information
Dear reader, to leave comments on the publication, you must sign in.