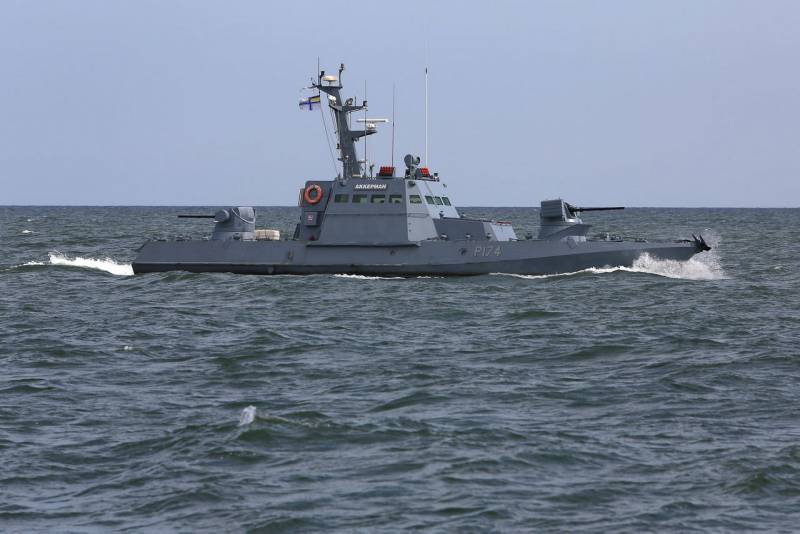 
According to the report, two Project 58155 Gyurza artillery boats - Vyshgorod and Akkerman from the Mariupol tactical group, as well as sea guard boats of the State Border Service of Ukraine - took part in the maneuvers.

The exercises included a naval battle with surface ships of a potential enemy, by which Russia is understood in Ukraine, as well as an amphibious assault landing from a helicopter. It is emphasized that the objectives of the exercises were achieved, the targets depicting enemy ships were destroyed by artillery fire.

For us, every exit to the sea is combat, because you need to be prepared for unforeseen situations. The Russian Federation aims to take full control of the sea and completely stop Ukrainian shipping here. But we continue the struggle and by all possible means do not allow the plans of conquest to be realized.
- said the commander of the tactical group of boats, Captain 2nd Rank Maksim Nosenko.

At the same time, the exercises of the combat crews of the Msta-B howitzers were held in the area of ​​the border with the Crimea. According to the press service of the Joint Forces, the artillery units of the Armed Forces of Ukraine have worked out the tasks of countering amphibious assault. During the exercises, reconnaissance drones were used.
Ctrl Enter
Noticed oshЫbku Highlight text and press. Ctrl + Enter
We are
The Ukrainian Navy was replenished with a small artillery boat of project 58155 "Kostopol"Bookmark armored "Gyurza-M" for the Ukrainian Navy
Military Reviewin Yandex News
Military Reviewin Google News
27 comments
Information
Dear reader, to leave comments on the publication, you must sign in.