German legend: a detailed review of the "Tiger 131"

27 May 2021
10
From 1942 to 1944, a total of 1355 Panzerkampfwagen VI Tiger vehicles were built in Germany. The Tiger 131 is the only tank still in operation. He was captured in North Africa in early 1943. The vehicle withstood more than one hit by the British Churchills (including high-explosive fragmentation shells), but due to the jamming of the turret, the crew was forced to abandon the tank.


A complete inspection of the "Tiger", disassembly and assembly, measurement, shooting and documentation took place in Britain. On this, attention to him weakened. Only in 1951 was it transferred to tank museum, where he became one of the most popular exhibits. At the end of the 90s, a program to return the car to working condition began, and since then she has regularly taken part in various events. 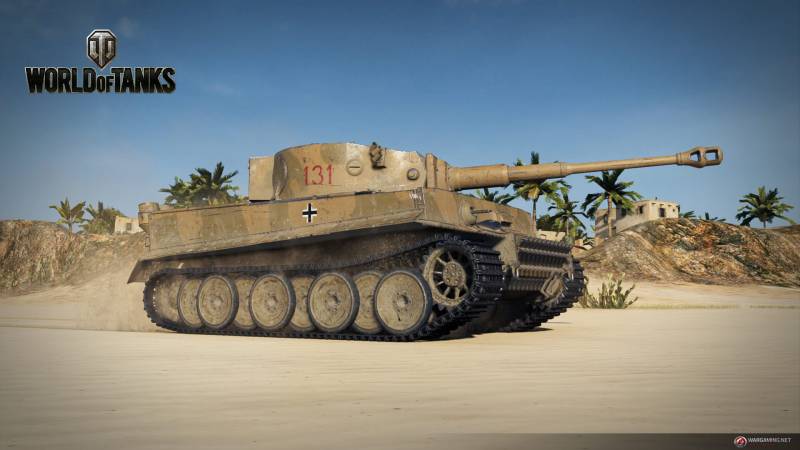 Rolled homogeneous armor was used to protect the Tiger. Very few guns pierced steel up to 100 mm thick at the initial stages of the war. As for the protection of the undercarriage, it is all lifting. This is done in order to quickly install transport tracks, since with conventional tanks the tank did not go through most of the tunnels.

The 88mm Flak 36 cannon is protected by a sturdy mask. The recoil of the cannon is incredibly powerful, so the tank is equipped with a hydropneumatic shock absorber and a recuperator. Another important detail of the gun is the double baffled muzzle brake. It extinguished almost 70% of the recoil, and if damaged, the crew was forbidden to fire until replaced with a new one.

In front you can see the place of the radio operator (and also the shooter), for which the MG-34 machine gun with a good firing sector and a separate periscope are installed. To the right is an armored mechanic drive hatch that closes from the inside. Nearby there is a lifting block, tool compartments and a ventilation valve. Also, between the hatches of the driver and the radio operator-machine gunner, an entrenching tool and a wooden support for jacking are fixed, and an armored fan hood is located in the middle.

On the sides of the tower you can see ledges and three launchers for shooting smoke grenades. In the right aft part of the tower there is an emergency exit hatch. It is incredibly heavy and required the help of a person outside to close it. Despite this, the hatch was often used to quickly replenish ammunition.

On top of the tower there is an armored fan casing, a loader's hatch and, of course, a commander with several viewing slots and periscopes. Perhaps the only compartment for storing tools and personal belongings is at the rear of the tower. There is also an embrasure through which the crew could shoot back if someone climbed onto the tank.

For a detailed overview of the tank, maintenance features, internal structure, as well as unique shots of the Tiger 131 in motion, watch the video from the creators of the World of Tanks game.