Missile defense named winner in war between Hamas and Israel 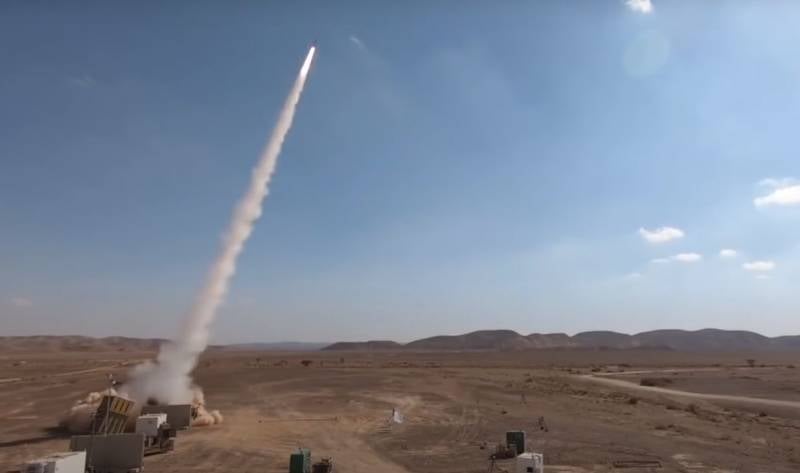 Israeli Prime Minister Benjamin Netanyahu expressed gratitude to the American side for the weapons, which ultimately saved numerous lives of the country's civilians. US President Joe Biden also recalled his gratitude to Netanyahu in his speech.

The Prime Minister also shared with me his gratitude for the Iron Dome system, which our countries have jointly developed and which saved the lives of countless Israeli citizens, both Arabs and Jews.
- emphasized the US president.

Since the missile defense system was developed by Israel, apparently both the Israeli prime minister and the US president mean the financial participation of Washington by the joint development. Indeed, even when Barack Obama was President of the United States, the American administration allocated about $ 1 billion to Israel to help create the system.

According to the Israeli Air Force, during the conflict, about 4340 missiles were fired from the territory of the Gaza Strip at Israel, including 640 missiles fell in Gaza itself, and the rest still flew to Israel, but in 90% of cases were intercepted by the Iron dome". Thousands of missiles were destroyed in the air, and the missile defense system prevented them from reaching Israeli targets.

It is difficult not to note the contribution of the United States to the organization of Israel's anti-missile and air defense system. To better organize aid in the United States, the corresponding Iron Dome Emergency Resupply Act was even enacted, sponsored by Mark Rubio, Ted Cruise, Tom Cotton and Bill Hagerty of the US Republican Party.

Meanwhile, the American press has long been very unfriendly towards the Israeli missile defense. The Iron Dome could irritate American publicists at the expense of organizing it.

William J. Broad, a science columnist for the New York Times, published an article back in 2013 citing the opinions of experts critical of the Iron Dome. The analyst wrote about half a century stories unsuccessful search in the field of missile defense, and the experts interviewed by him practically doubted the real combat capability of the system.

However, as the American publicist I. Stoll writes, in the end the experts who commented on the Iron Dome in numerous articles and essays in the American press turned out to be unreliable. The effectiveness of the Israeli missile defense has been tested in practice. One can imagine what the scale of casualties and destruction would have been if not for this system.

True visionaries are those who tried so hard to stop America and our allies from defending themselves,
Stoll stresses as he concludes his post on The Iron Dome.

Four thousand rockets from the Gaza Strip would have turned Israeli settlements into ruins, and the death toll would also have been in the hundreds. The fact that this did not happen is a direct merit of the missile defense system, and Netanyahu, when he thanked the American authorities, spoke sincerely, and by no means out of a desire to impress the inhabitants of the White House. As a result, it was the missile defense system that was named the winner in the war between Hamas and Israel.

Ctrl Enter
Noticed oshЫbku Highlight text and press. Ctrl + Enter
We are
US expert community is trying to identify ways out of the Afghan impassePossible options for the development of the Iran-Israel confrontation
Military Reviewin Yandex News
Military Reviewin Google News
122 comments
Information
Dear reader, to leave comments on the publication, you must sign in.