The True Story of the Space Pen 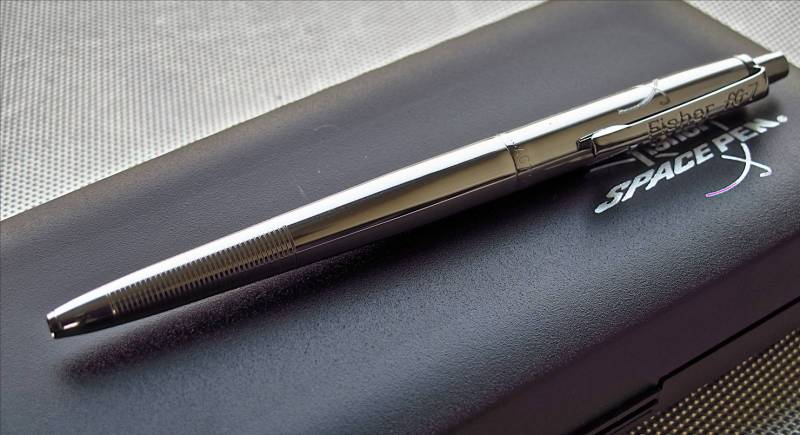 2021 is a special year - 60 years ago, man flew into space for the first time. With the flight of Yuri Gagarin, a new era began in stories of all mankind - the space age. At the same time, space exploration is not only serious scientific research, unique developments, communication satellites, telescopes, Star Wars projects, but also work on solving quite utilitarian problems that no one on Earth simply thinks about.


For the first cosmonauts, it was even a problem to simply write down the results of their observations and research on paper. Ordinary ballpoint pens did not write in space. Against this background, an anecdote or urban legend about how the American space agency spent millions of dollars on the development of a special pen that would write in space, while all this time the Russians were making notes in pencil, became widespread. This beautiful bike was widespread on both sides of the Atlantic.

This example of contemporary folklore is indicative of the fact that almost everything in this story is not true. At the same time, in the USA and the USSR, and then in Russia, different meanings were put into history. In the US, taxpayers were worried about NASA's big spending. And the inhabitants of the Soviet Union and Russia played up the message of the satirist Zadornov about "stupid" Americans and Russian ingenuity with the ability to cook porridge from an ax.

But, as often happens, reality turned out to be more interesting than any anecdotes, urban legends and humorists' performances. NASA hasn't spent a cent on the space pen. It was the product of the inventiveness and investment of American businessman Paul Fisher, who then sold the pen to both NASA and the CCCP. Since the late 1960s, both American and Soviet astronauts have been writing in orbit with a Fischer pen.

What did astronauts and cosmonauts write in space? 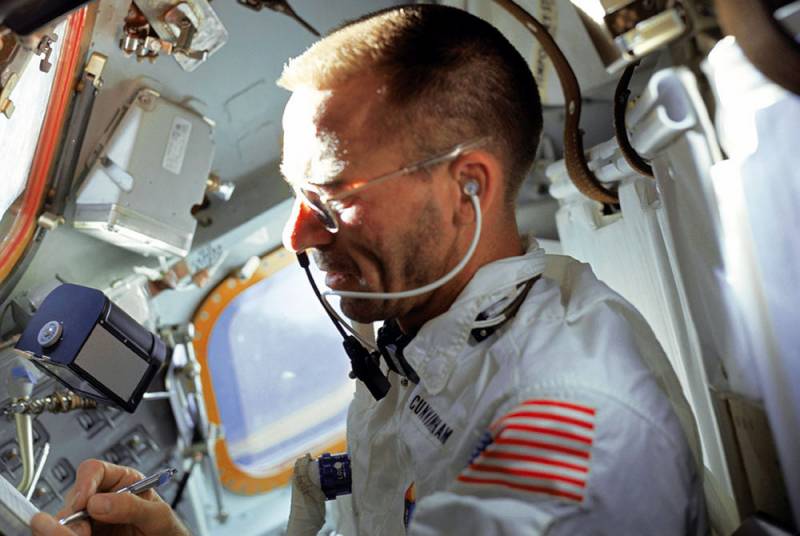 American Astronaut with Fischer Pen AG7
At the same time, you still need to write in space. How did the first conquerors of stellar spaces solve this problem before the invention of special devices?

American astronauts used pencils. But not ordinary, but mechanical. So in 1965, NASA for the Gemini space project ordered mechanical pencils from the Houston-based company Tycam Engineering Manufacturing.

These pencils can be safely called "gold". In total, under the contract, the American space agency purchased 34 pencils for a total of $ 4382,5. That is, each pencil cost NASA $ 128,89. It is believed that the information leaked to the press about these mechanical pencils was the beginning of the urban legend of spending millions on a device that would write in space.

This state of affairs resented many. People reasonably noticed that such expenses could be called unreasonable. At the same time, the price was so high due to the fact that the pencils were specially modified so that they could be used in a spacesuit. Plus - it was a really piece goods. But NASA, of course, did not want to put up with such prices. This largely influenced the fact that astronauts eventually switched to less expensive writing supplies.

In some sources, you can also find information that the Americans used in space and felt-tip pens. But the space agency's official website only mentions mechanical pencils. The rods in them were the most common, but the light and durable metal body was made to order.

Mechanical pencils made it possible to write with fairly thin lines. But even they were dangerous in space. The tip of a graphite rod could always break off. Each of you who wrote with such pencils knows that this is a fairly common situation. A piece of graphite floating in zero gravity inside the spacecraft was harmful debris that could get into the eye, as well as into any equipment or electronics. The problem was that graphite is a conductive material. Once in the ship's electronics, graphite dust and debris could cause a short circuit. 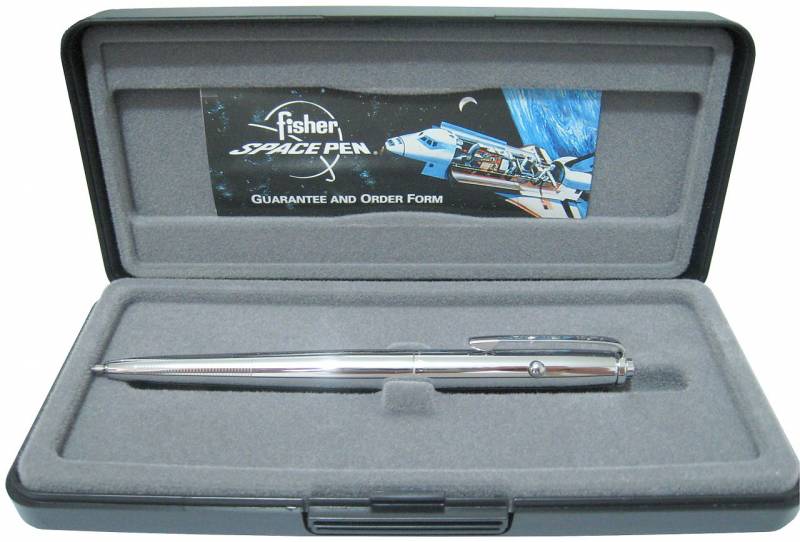 Space pen AG-7 in a gift case
Soviet cosmonauts originally also used pencils in space. But also unusual, rather waxy. Regular pencils were not used due to the fact that they had to be sharpened (extra rubbish). And graphite itself presented problems in space. Wax pencils did not have problems with the destruction of the rod, if its long length was required for writing, then the astronaut simply removed the next layer of paper from the pencil.

True, it was inconvenient to write with wax pencils. They were more suitable for drawings; it was very difficult to draw clear and clear lines with them, since the process resembled working with children's crayons. At the same time, such pencils were still a source of fine dust. And the paper from their wrapper could also become small debris floating inside the ship.

As we have already found out, at the dawn of space exploration, both the Americans and the Soviet cosmonauts wrote, albeit differently, but still with pencils.

The American entrepreneur Paul Fisher corrected the situation. The "space pen" he created and launched into production was tried first at NASA, and then the Soviet Union also acquired it for its space programs.

The American space agency had no part in Fischer's project. The businessman realized his idea at his own expense. Fortunately, before that, he already owned a company specializing in the production of pens. His main stake was on the future sale of a pen that could be advertised as a space pen. Fischer's idea fully justified itself. And his investment in the project paid off many times over.

Fischer's patented ballpoint pen worked not only in zero gravity, but also under water. She also wrote on wet paper. It could be used at any angle and in a very wide temperature range from -50 to +400 degrees Fahrenheit (-45,5 to +204 degrees Celsius). This temperature range is listed on the NASA website. The pen's lifespan was estimated at 100 years. 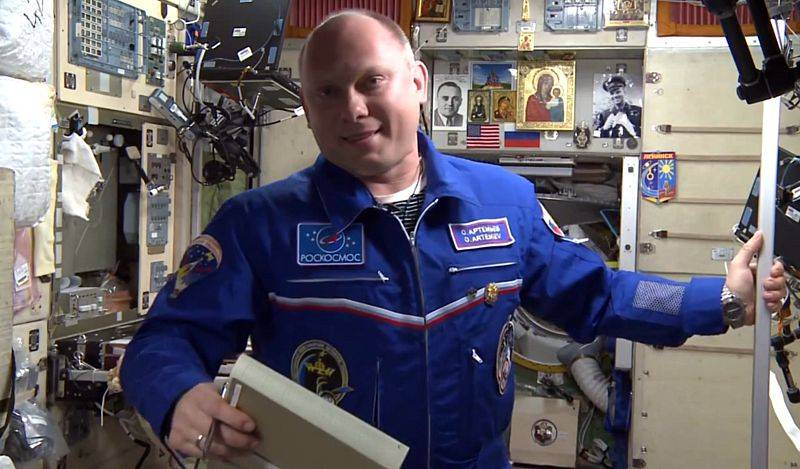 The classic model of the "anti-gravity pen," which came to be known as the space pen or astronaut pen, was indexed AG7 and was patented in the United States in 1965.

This model is sold to this day. And it has not undergone any changes. Today, anyone can purchase such a pen, prices start at $ 70.

The space pen's writing ball was made of tungsten carbide and was set with very high precision to avoid leakage. Space pen ink was thixotropic — normally hard, liquefying when writing. In addition, the main innovation of the pen was that ink from a special cartridge-rod was squeezed out under the pressure of compressed nitrogen - about 2,4 atmospheres. The ink was separated from the pressurized nitrogen by a special sliding float.

Already in 1965, Fischer offered his pen to the American space agency, which was studying the possibility of using a new writing device until 1967. After extensive testing and confirmation of performance, the pens were handed over to astronauts for use in the Apollo program. This time, the Americans immediately bought 400 pens and agreed on wholesale prices - $ 6 apiece.

Even for the late 1960s, Fischer was definitely price dumping. But his calculation was simple - free advertising and people's love for everything in space.

The entrepreneur was confident that the space pen, which participates in the Apollo program, will be successfully sold in the civilian market. So in the end it happened.

At the same time, attention was paid to the handle in the USSR. The Soviet Union purchased 100 Fischer pens and immediately 1000 refills for them. The deal was closed in February 1969. Soviet cosmonauts wrote with a Fischer pen during the numerous flights of the Soyuz.

Already in 1975, as part of the famous Soyuz-Apollo flight, both American astronauts and Soviet cosmonauts wrote with the same pens that are still used in space.

Ctrl Enter
Noticed oshЫbku Highlight text and press. Ctrl + Enter
We are
Cosmonautics Day. Our country is a space power, and we should be proud of it!Angara: Triumph or Oblivion. 5 part
Military Reviewin Yandex News
Military Reviewin Google News
65 comments
Information
Dear reader, to leave comments on the publication, you must sign in.