Following the flag of Belarus, the flags of the International Ice Hockey Federation were removed in Riga 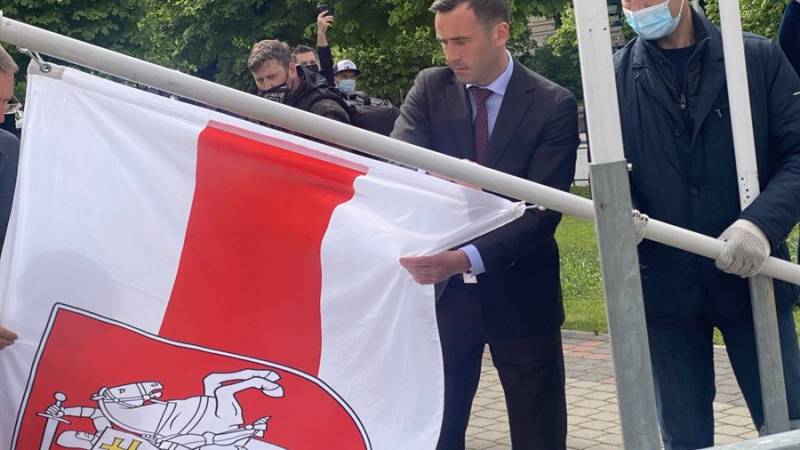 
Riga Mayor Martins Stakis ordered to remove the flags of the International Ice Hockey Federation after Rene Fasel (IIHF President) demanded to restore the flag of Belarus and called the incident with the Belarusian flag unacceptable. The Mayor of Riga left the red-white-red flag of the Belarusian opposition in place and removed the IIHF flags.

(...) Everyone must choose his side - a people thirsting for freedom or a bloody dictator. At the request of Mr. Fasel, we remove the IIHF flags
- posted by Stakis on Twitter.

By the way, the Russian flag was also removed in Riga, replacing it with the flag of the Russian Olympic Committee, as "more appropriate for the moment" due to the ban of the anti-doping committee, although it was previously stated that on the streets of Riga it will be used as the flag of the country participating in the World Cup. It's just that this fact overshadowed the scandal with the Belarusian flag that happened yesterday. Minsk immediately reacted to this and expelled the entire Latvian embassy, ​​and Riga, in response, expelled all Belarusian diplomats.

Meanwhile, Latvian President Egils Levits called the replacement of the state flag of Belarus with the flag of the opposition in Riga "an adequate political reaction."

Ctrl Enter
Noticed oshЫbku Highlight text and press. Ctrl + Enter
We are
Reports from the militia of New Russia for 27-28 September 2014 of the yearWhat a strange tantrum around the Olympic torch relay?
Military Reviewin Yandex News
Military Reviewin Google News
136 comments
Information
Dear reader, to leave comments on the publication, you must sign in.