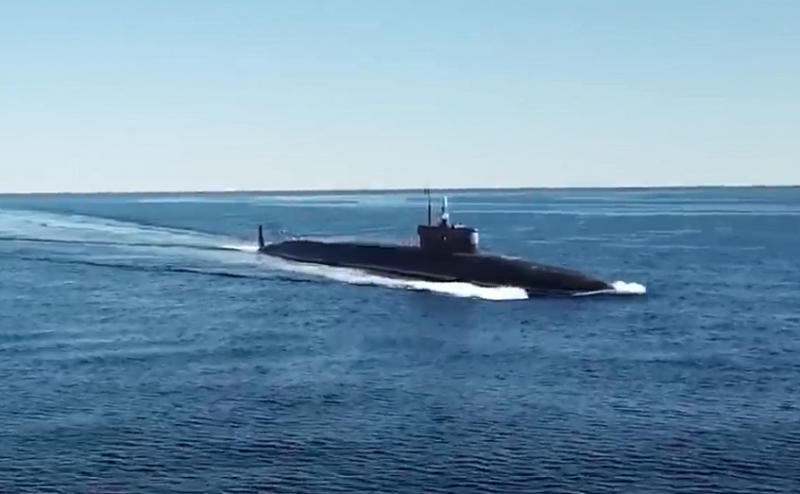 The first serial nuclear-powered strategic missile cruiser of the improved Borei-A project, Prince Oleg, will go for testing at sea in early June.


APRKSNN "Knyaz Oleg" is currently undergoing tests, including state tests, the submarine will make its first exit to the sea in early June. However, according to a source in the defense industry complex, whose words are quoted TASS, plans may change and "Prince Oleg" will enter the sea ranges much later.

The source also suggested that the planned commissioning of the first serial "Borey-A" by the Day of the Navy will not take place, since the submarine will simply not have time to pass the entire test program in the remaining time. For our part, we note that this date (Navy Day) for the transfer of "Prince Oleg" to the fleet has already been denied by the head of the USC, Alexei Rakhmanov, who said that the submarine will not be handed over until October this year, it will have a large test program, including launches of Bulava.

Four Boreas are in service with the Russian Navy, of which three projects 955 (Borey) of the 4th generation are strategic missile cruisers Yuri Dolgoruky, Alexander Nevsky and Vladimir Monomakh, as well as one submarine missile carrier of the modernized project. " Borey-A "-" Prince Vladimir ".
Ctrl Enter
Noticed oshЫbku Highlight text and press. Ctrl + Enter
We are
Reports from the militia of New Russia for 27-28 September 2014 of the yearYuri Drozdov: Russia prepared the role of the sacrificial calf
Military Reviewin Yandex News
Military Reviewin Google News
31 comment
Information
Dear reader, to leave comments on the publication, you must sign in.