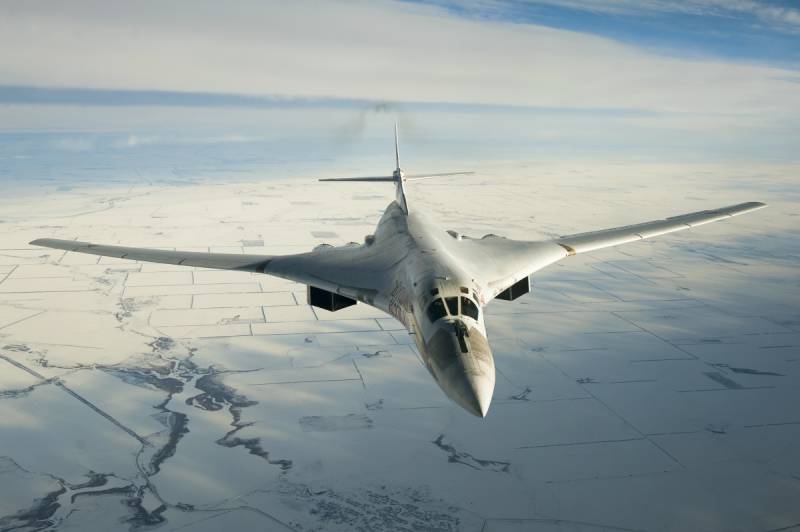 Speaking about the components of the nuclear triad of the two countries, today we will somewhat move away from the already boring comparisons like "who is better, B-52 or Tu-95" and talk about a slightly different thing. Namely, how relevant strategic bombers are today as a means of delivering nuclear weapons to the enemy.

The plane is the oldest carrier of atomic and nuclear weapons... But that doesn't make him the best carrier today. Rather, on the contrary, the plane is rapidly losing ground, since 75 years ago it was much easier to deliver free-fall bombs to the enemy than it is today.

Let's consider, using the example of a hypothetical conflict, a combat mission of striking by the forces of a strategic aviation on the administrative centers of the enemy. Washington and Moscow.

Let it be Tu-160 and B-1V. About classmates, the American is weaker in speed. But he doesn't really need it. According to the passport, the combat load of the V-2B is greater, but with full it does not fly at all, both in terms of speed and in terms of range. With an equal load, the Tu-160 has a combat radius of 1500 km more. Well, the speed is almost 1000 km / h more.

So, these aircraft will have to strike at targets in enemy territory. It doesn't matter what it will be, the principle is more important here.

Let's start with the American. 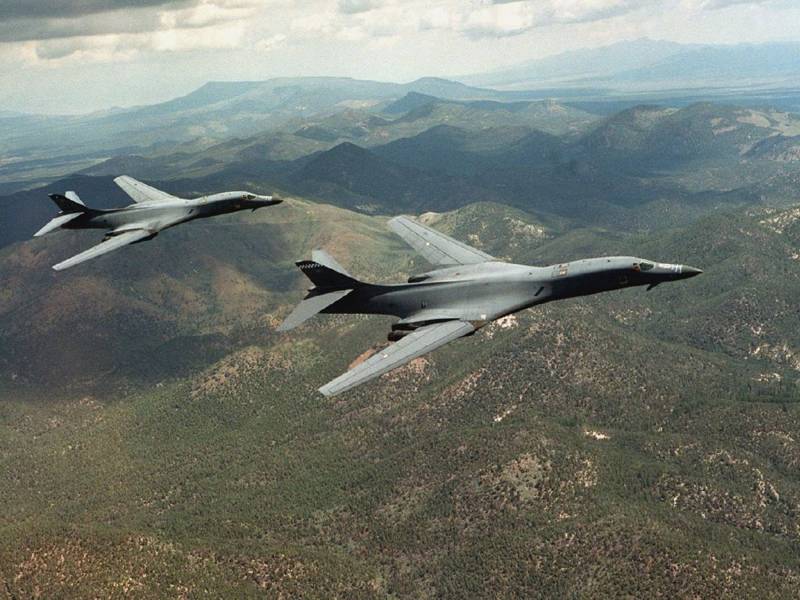 And here, I am sure, the most important thing will be with what the strategists will fly to the enemy. With nuclear weapons, of course. Alas, the Americans have only bombs! Yes, among them there are nuclear, adjustable ones, but all the same, these are free-fall bombs B61 or B63. 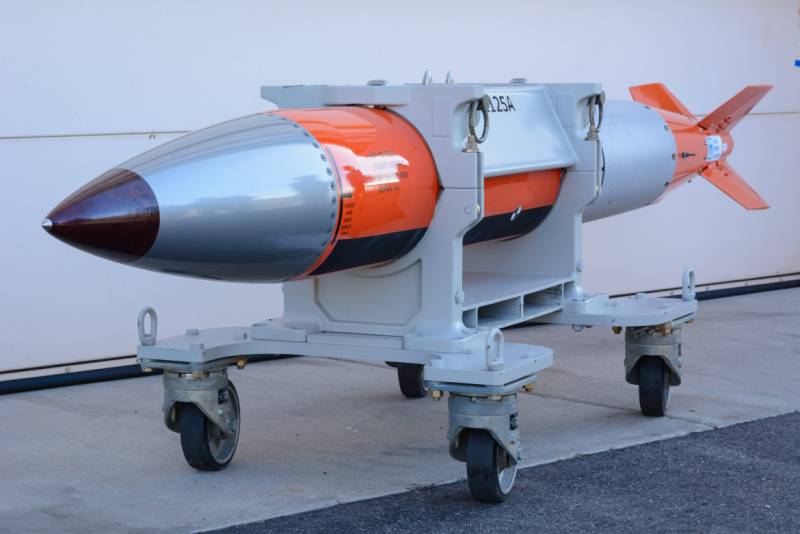 The Americans have air-launched cruise missiles. This is quite decent in terms of performance characteristics AGM-86 ALCM, or as it is also called, "Air Tomahawk". 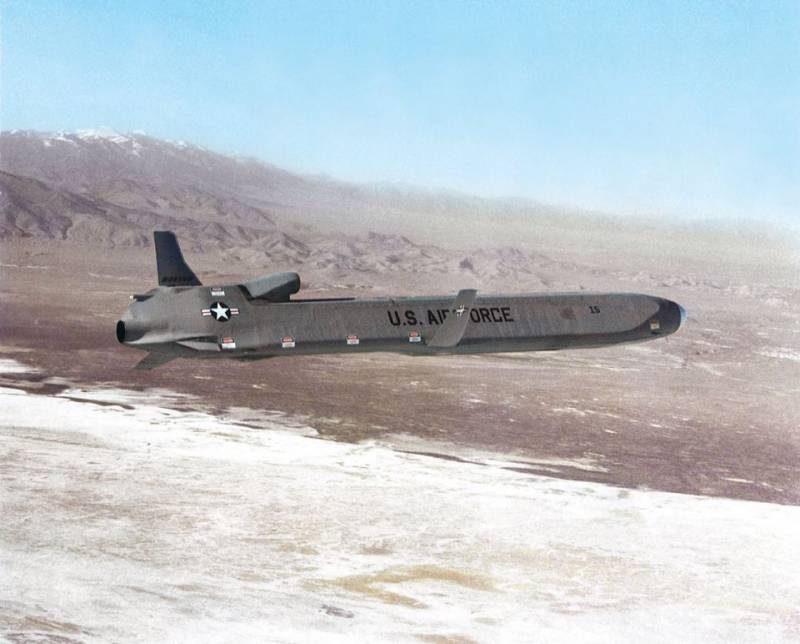 Yes, this is a relative of that very "Ax". But alas, the AGM-86 ALCM can only carry the B-52, and seriously considering the use of this aircraft in the conflict with Russia is overkill. And the B-52 has more than enough problems in terms of flights today. In general, it is not serious.

It turns out very interesting: there are cruise missiles, but the carriers of these missiles leave much to be desired and in reality are unlikely to be ready to work in a combat mode of conflict with a country with decent air defense.

As for the V-1 and V-2 - alas, they do not carry missiles, but to approach and pour thermonuclear bombs on Moscow should be very lucky. 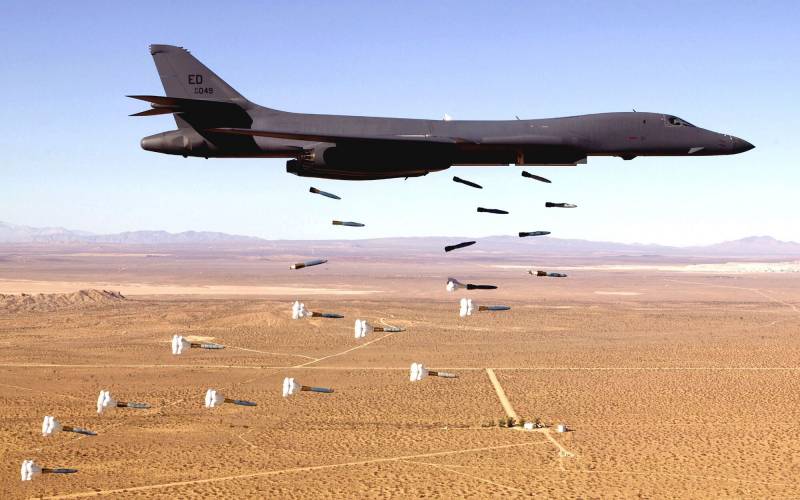 Lancer and Spirit are pretty good aircraft, but a problem with our air defense will be a problem. Even working from the airfields of the tame Baltic states, it will be impossible to reach the target under the cover of their own F-15s. Yes, F-15 fighters may be able to neutralize our fighters, but I'm sure that the range of our air defense systems will become an insurmountable obstacle.

We can say with a high degree of confidence that our air defense systems are a very serious enemy.

And we can say that in our situation it is not worth counting on the use of American strategic bombers as means of delivering nuclear weapons. Here it must be admitted that the Americans do not yet have the best combination - "plane + cruise missile".

Perhaps from the understanding that strategic aviation in the form in which it takes place is simply not able to carry out its duties. An interesting aspect.

Total: American strategic bombers will not be able to strike an enemy with a powerful air defense system, such as Russia as a whole, with nuclear weapons. 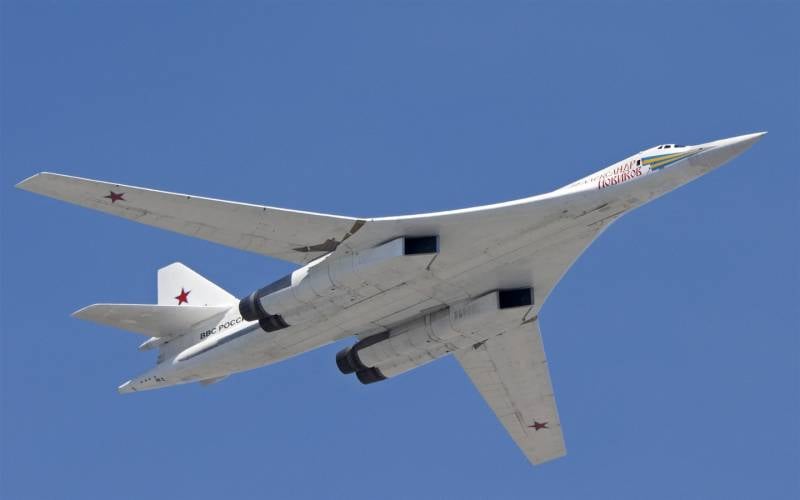 America, alas, is separated from all by oceans. And in order to approach the launch distance (and we do not have satellites in the world ready to lend their airfields for use), we will have to travel a very considerable distance of several thousand kilometers. This, of course, complicates the task. 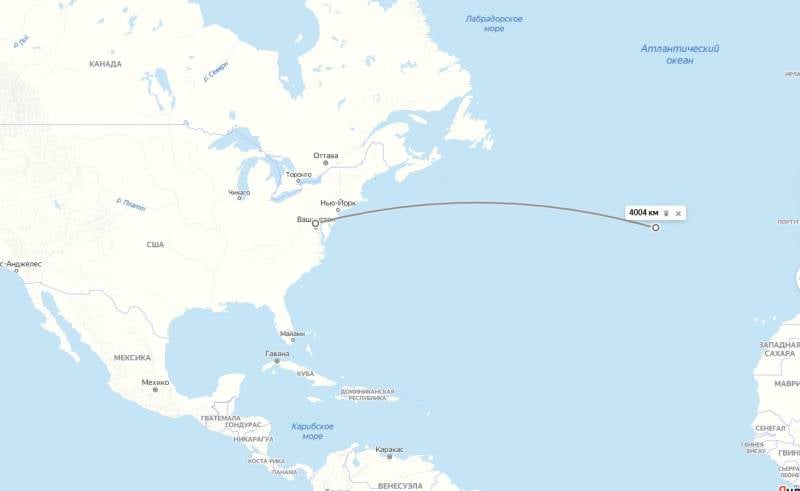 It is clear that flights over Europe will be impossible for us, so the only route is through the North, with access to the launch distance somewhere in the Greenland region.

What are the advantages? 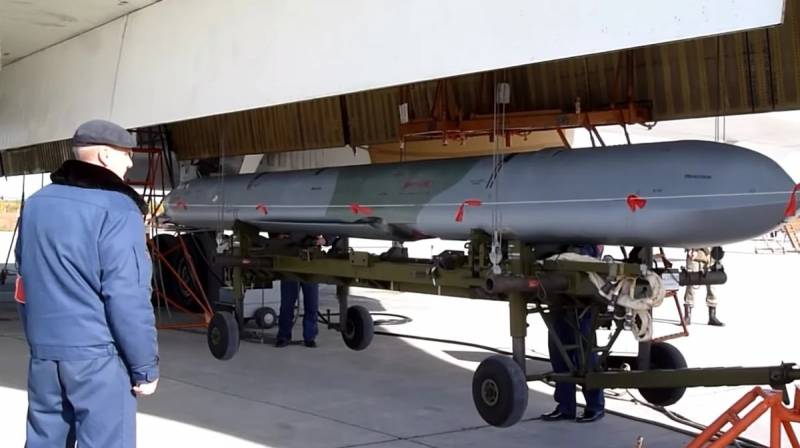 That is, it will be very easy to launch from the Greenland region.

The difficulty is that we may not be allowed to do this. The fact that the Tu-160 can easily be detected by the radars and observation stations of the US allies in the north is understandable.

And the United States has such an important toy as floating airfields. This is where these half-ships can come in handy. 2-3 aircraft carriers can completely cover the entire northern direction with their air groups and not count losses. 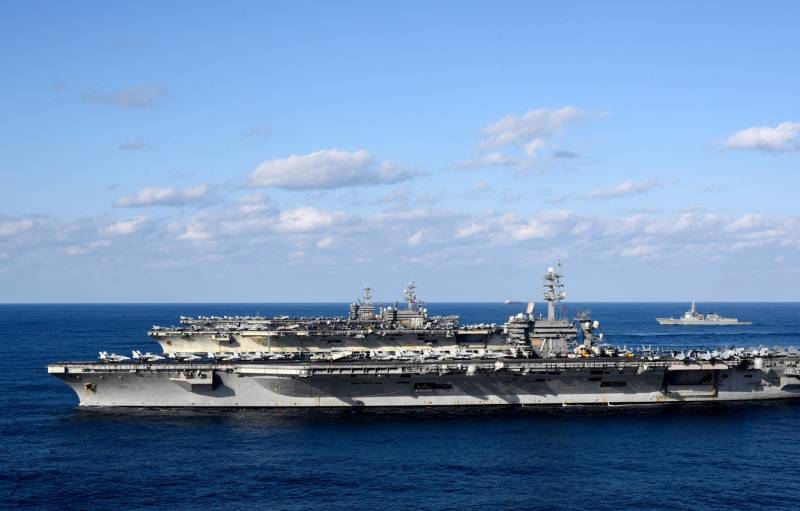 Three Nimitz-class aircraft carriers - 120 F / A-18s, more than enough to intercept and destroy the Tu-160. In any quantity, especially since it is small in our country. A total of 16 pieces.

Plus, there are a lot of NORAD tracking stations in Canada, the main task of which is to detect and intercept enemy missiles. The old radars have been replaced by radars with AFAR, now the system is experiencing a certain revival compared to the years when the Cold War ended.

In general, it must be admitted that the difficulties of approaching the missile launch area will be no less extensive for our pilots than for their American colleagues.

In addition, we should not forget that the Americans are “their own” everywhere, and in any case we will act surrounded from all sides.

Bottom line. The main question is: will our strategic bombers be able to carry out a nuclear strike on targets in the United States?

Perhaps ours have more chances than the Americans. The fact that the B-52 will crawl to the launch point of their AGM-86 ALCM missiles, and the B-1 and B-2 will be able to pour nuclear bombs on targets - of course, it cannot be denied that this can happen. In theory, everything is possible, and the suppression of our air defense system, and the destruction of aircraft at airfields, such situations cannot be discounted.

But the percentage is quite small. Still, it is more likely that our air defense systems will turn out to be an effective weapon.

With regards to our bombers.

The shield that the United States and Canada (where will it go to?) Are able to put up against our aircraft in the form of air defense and naval aircraft deployed in the areas of possible operation of our aircraft is also very serious.

But there is still a chance for a successful missile launch, and it is rather big. Still, the Kh-102 has a range of 5 km, which makes it possible to use this weapon BEFORE intercepting our strategists by enemy aircraft.

I will sum up.

In theory, if we have so many missiles, the figure is quite good. Even if it reaches 10% of the total, it already turns out pretty well.

However, the B-52 simply cannot be viewed as a serious strike method. Still, an important aspect is that the youngest bomber was manufactured in 1962. That is, it will soon celebrate its 60th anniversary. The rest are even older. This is a fact worth considering.

The B-1 and B-2 may be armed with a new generation cruise missile capable of carrying a nuclear warhead, but in any case, this will not happen tomorrow.

In general, aviation, which was the first in delivering strategic ammunition to the enemy, has clearly lost its influence today.

The technical means of tracking and observation are developing too dynamically, and the means of air defense and missile defense are becoming too effective. The plane has become too vulnerable.

This is probably why the countries possessing nuclear weapons do not pay as much attention to the development of strategic aviation as they did in the 60s and 70s. A strategic bomber is a very expensive and at the same time very vulnerable thing. That is why everyone prefers to "finish off" the existing aircraft.

And some countries, like Great Britain, have abandoned aviation altogether as a means of delivering nuclear weapons. In fact, today only Russia, the United States and China have strategic bomber aircraft. It is difficult and expensive.

So we can state the fact that aviation in the triad of any country (who has it) occupies the last place, letting ICBMs and submarine-launched ballistic missiles ahead of itself.

This is natural. The aircraft today does not play the same role as in the Second World War, and there are more means of fighting aircraft. 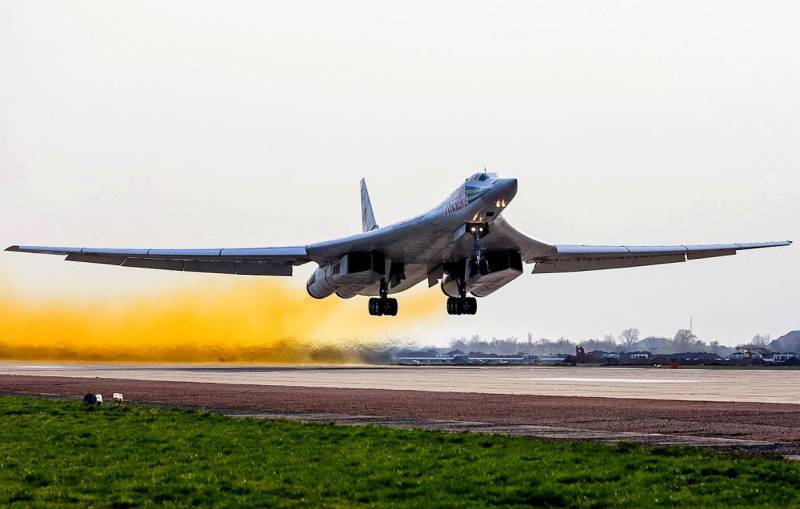 Summing up the comparison of the strategic aviation of Russia and the United States in the conditions of one combat mission, we can conclude that Russian aviation looks more profitable. Mainly due to the availability of modern long-range cruise missiles.

But it will be no easier for our strategists to carry out the task of delivering a nuclear strike than for their American colleagues.