The patient is rather dead: why does the United States buy KrAZ trucks? 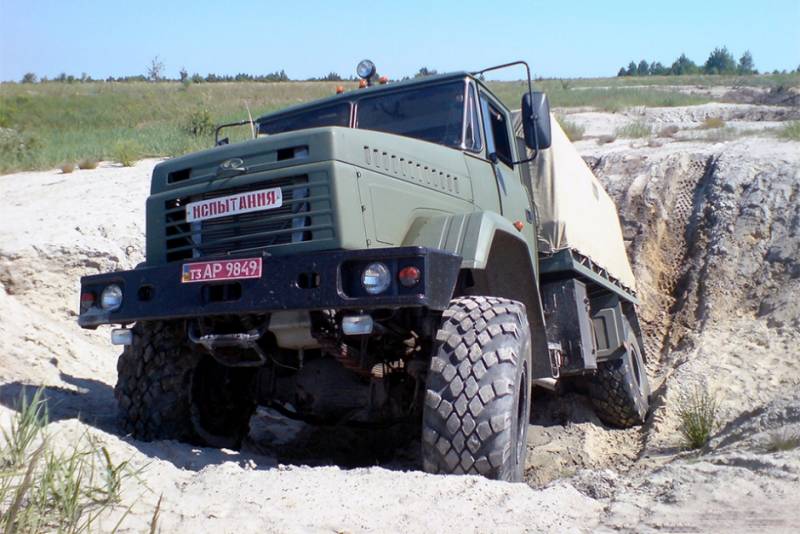 Of course, there is no intrigue here - the American company US21 Inc., which signed a contract with KrAZ, did it solely for political reasons. The products of the Kremenchug Automobile Plant have long been hopelessly outdated. Moreover, the technical and moral lag is superimposed on the disgusting workmanship, which is why even the Armed Forces of Ukraine refused to buy home-grown trucks. Instead, in Cherkassy at the Bogdan plant, MAZ army trucks were assembled from Minsk components.

The situation could not be called otherwise than a betrayal, according to the management of the Kremenchug Automobile Plant. After 2014, the Ukrainian government officially banned KrAZ from cooperating with Russia. This means that you cannot sell cars, as well as buy Russian components, in particular, the motors of the Yaroslavl plant. And Kremenchug had to adapt - to adapt Chinese Weichai Power diesels and Fast Gear transmissions, to buy electrics from Belarusians and Poles, and bearings from Turkey and India. For the development of the civilian market from China, delivery of cabover cabs Qixing was organized. And initially everything went like clockwork - the conflict in eastern Ukraine demanded hundreds, if not thousands, of army trucks and armored vehicles. 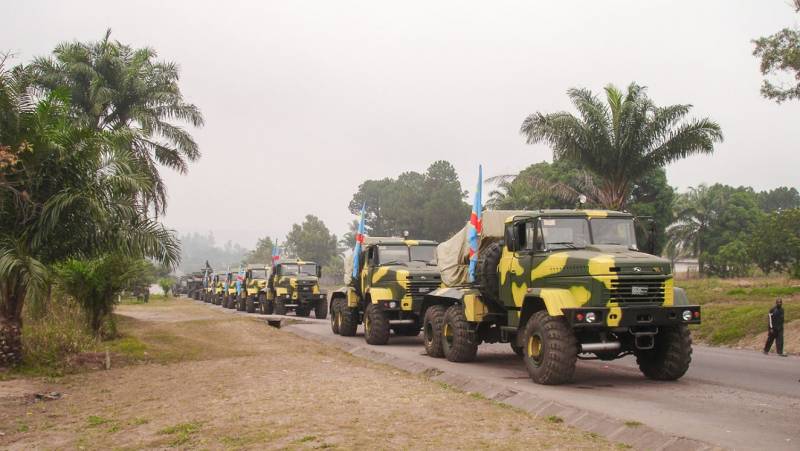 But the "blitzkrieg" of the Ukrainian army was drowned out, the war passed into a positional stage. And the need for new technology has dropped dramatically. In addition, the army began to actively purchase Belarusian vehicles, which, as rightly noted in Kremenchug, were partially assembled from Russian components.

So, in April of this year, Kiev for the needs of the Ministry of Defense bought twenty-five fire trucks "Bogdan" at once: read - Belarusian MAZs assembled in Cherkassy. The machine is built on the MAZ-6302 chassis, equipped with Russian YaMZ-652 engines. Whether the Ukrainian customs allowed the sanctioned diesel engines to pass or were replaced by Chinese counterparts is not fully known. The last deliveries of KrAZ trucks to the Ukrainian army date back to December 2019. Then the military received several rotational vehicles based on the well-deserved three-axle KrAZ-63221. 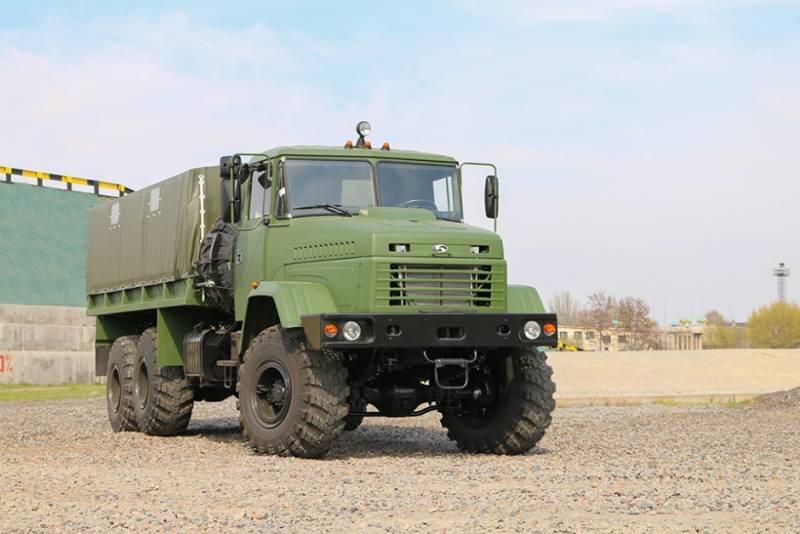 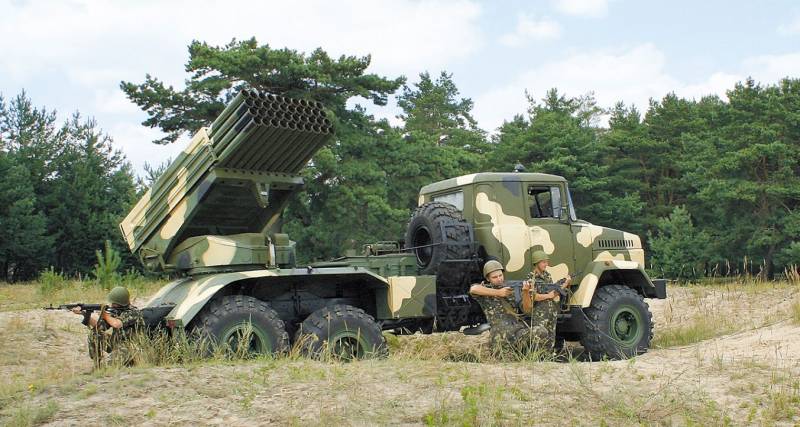 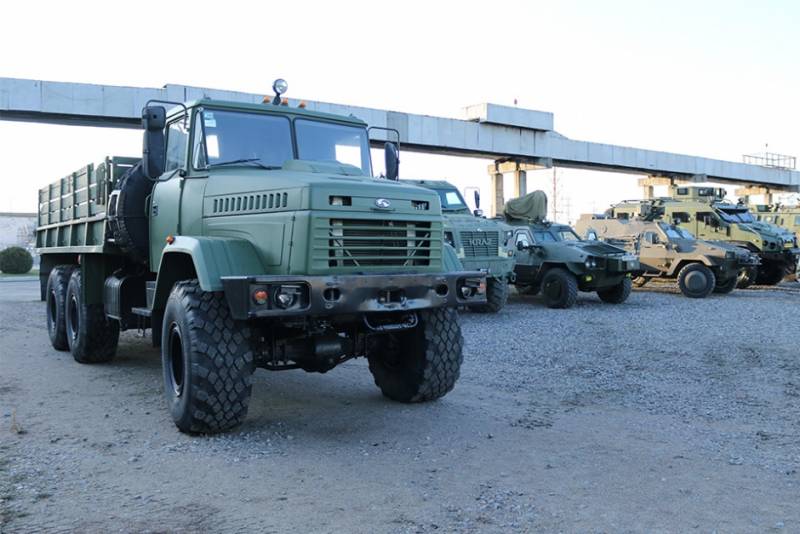 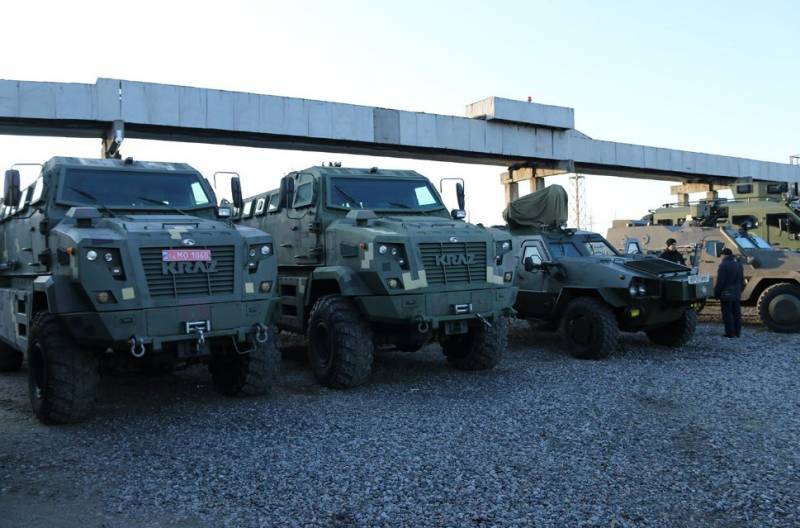 KrAZ is ready to supply its own army with a wide range of equipment. They don't. Source: autokraz.com.ua
Not only military, but also civilian consumers openly neglect the products of the domestic car plant. In April last year, the Poltava authorities unreasonably, according to AvtoKrAZ, chose the MAZ-5550S3 communal dump truck as the winner, and not the Ukrainian KrAZ-5401S2-500. Not only was the Kremenchug car cheaper, but also the Belarusian competitor was 90% assembled from Russian metal.

Further continuation stories it is very vague - on the website of Ukrainian state purchases, KrAZ is still the winner. And on the portal of the automobile plant - an angry article refuting this, entitled "Where is the promised support of a domestic manufacturer?" 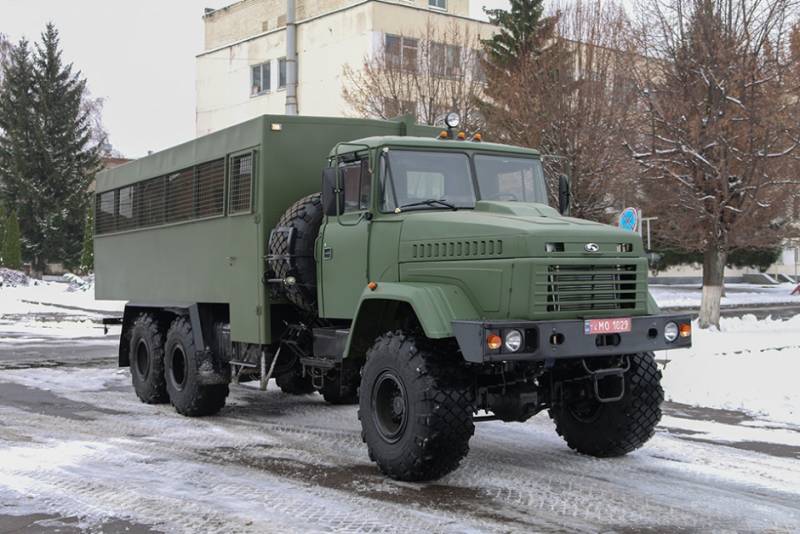 Shift on the basis of KrAZ-63221, the last thing that was bought by the Armed Forces of Ukraine in Kremenchug. Source: autokraz.com.ua
As a result, KrAZ has to interrupt with orders for countries of a completely third world.

The last known export contract was the delivery of a batch of cabover-type sewage suction trucks on the KrAZ-6511 and KrAZ-5401N2 chassis for the African Republic of Djibouti. A couple of weeks later, a tank truck on a KrAZ-6322 all-wheel drive bonnet chassis was sent to the Krivoy Rog mining enterprise.

It happened in the middle of last year. And since then, little was known about the Kremenchuk car manufacturers. In 2019, only 209 cars were sold, some of which had been gathering dust in warehouses for a couple of years before. And in 2020, 29 KrAZ vehicles left the assembly line. Compare with 2007, when the factory workers set a record and assembled 450 trucks in one month!

The "democratic" Maidan had a negative impact on Kremenchug. In 2018, bankruptcy proceedings began. And the plant gradually plunged into a deep coma ...

Help for the plant, which had already despaired of complaining about the Ukrainian leadership, unexpectedly came from the United States. US21 Inc from Fairfax (Virginia) intends to purchase KrAZ trucks with 4x4 wheel arrangement within three years.

The contract amount of $ 53 million is also impressive. US21 Inc has been purchasing equipment for the needs of the US armed forces for a long time, which confirms the state origin of the money for KrAZ trucks. The number of planned trucks is not yet discussed.

Only the specialization of machines is disclosed - flatbed trucks, universal chassis and tank cars. Separately, the supply of a mass of spare parts is prescribed, which is not surprising, given the quality of the work of the plant workers.

Apparently, the Americans intend to buy KrAZ-5233VE Spetsnaz trucks from Ukraine. These are the most modern army flatbed trucks that entered the conveyor back in 2008. The machine is capable of taking on board 6 tons of cargo and has a good power-to-weight ratio - with an engine power of 300-400 liters. from.

Spetsnaz is capable of accelerating to 120 km / h on the highway. You can roughly calculate the number of purchased cars. In 2014, KrAZ-Spetsnaz cost about 52 thousand dollars. For seven years, the cost of a truck in dollar terms, if it has changed, then not dramatically. Taking into account the total contract value of $ 53 million, it can be assumed that the United States will purchase up to 1000 trucks in three years.

Of course, after 29 KrAZ trucks were produced last year, for Kremenchug this is just manna from heaven. 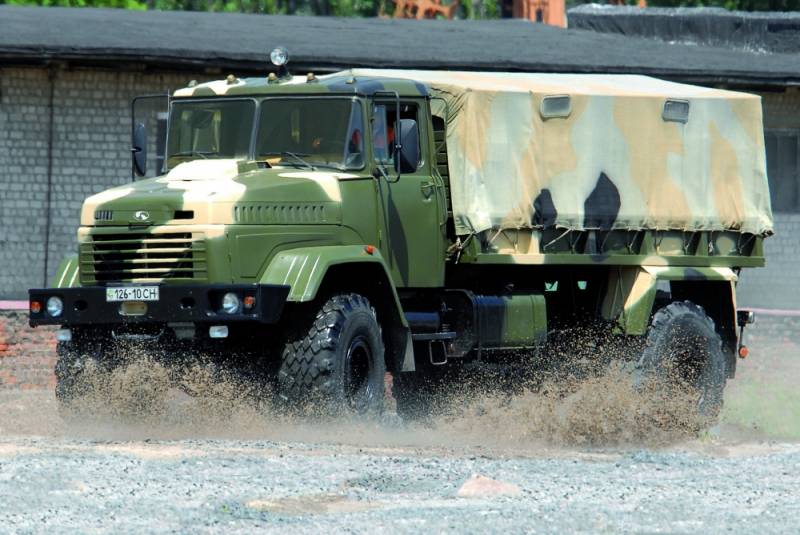 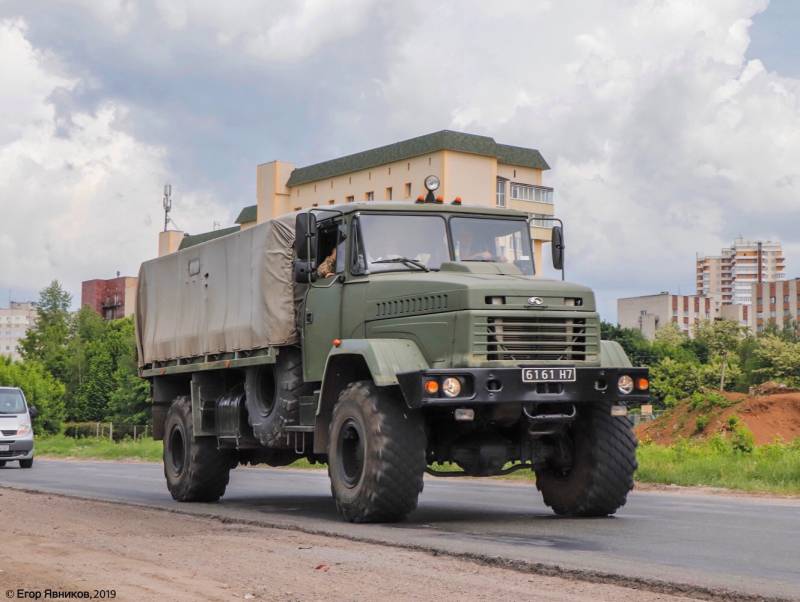 KrAZ-5233VE Special Forces. Sources: files.uos.ua, kargoteka.info
But this is unlikely to be able to change the deplorable state of the plant - KrAZ needs multibillion-dollar investments in the development of new models and a radical improvement in the assembly quality.

And although on the official website they are already drinking victorious champagne, boasting about world-class cars, no matter how the Americans have to return the contract KrAZ trucks back to their homeland. In Ukraine, they are very dissatisfied with the quality of the vehicles and even abandoned the KrAZ-7634NE chassis for the Neptune missile system in favor of the Czech Tatra.

Will spoiled Americans be satisfied with products from Kremenchug?

However, the US Army with 100% probability will not get the KrAZ-Spetsnaz into service.

Firstly, the car does not meet NATO and Pentagon standards in any way.

Secondly, the trucks will be equipped with Chinese motors and gearboxes. Here, by the way, US21 Inc supported not only the Ukrainian, but also the Chinese manufacturer, which looks strange in the current realities of the confrontation. Therefore, most likely, KrAZ trucks will go to supply regimes friendly to the United States. For example, as a gift to the Afghan army, so to speak, goodbye. Cars are not bad for Iraq, especially since in the early 2000s Kremenchug already sold several thousand cars to this country.

There is a possibility of deliveries of the purchased KrAZ trucks ... back to Ukraine. Here the United States will immediately solve two problems - it will provide military assistance to Kiev, and will deal a tangible blow to the hated Lukashenka regime. Minsk will not be counted in the order book of several hundred trucks at once.

The Americans have definitely put a tick in the history of aid to Ukraine. Only this will not save KrAZ.

If the country does not need its own defense-related automobile plant, then transatlantic compassion will only prolong the agony.

Ctrl Enter
Noticed oshЫbku Highlight text and press. Ctrl + Enter
We are
The tragedy of the American army ("The Atlantic", USA)Bashar al-Assad: In Syria, not the “revolution” that the enemies are talking about, but the revolution of the army and the people against terrorists
Military Reviewin Yandex News
Military Reviewin Google News
91 comment
Information
Dear reader, to leave comments on the publication, you must sign in.