Ministry of Transport of Belarus: The plane threatened to blow up the combat wing of Hamas 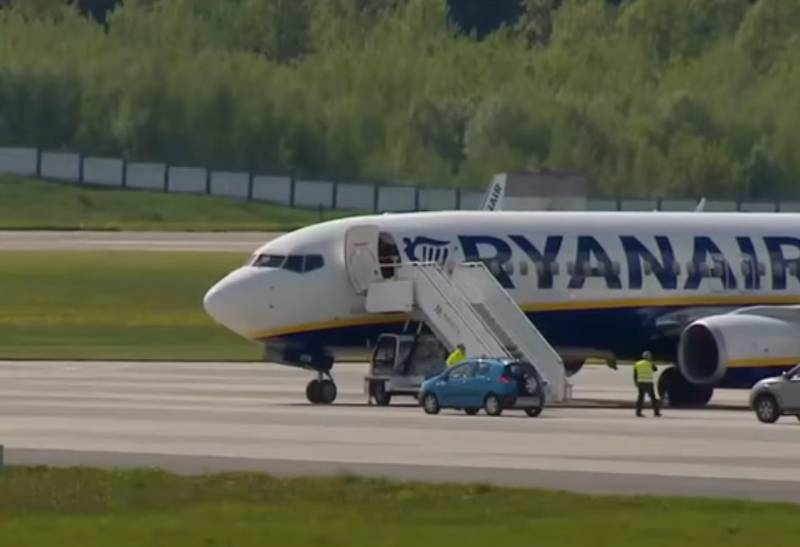 History with the forced landing of the Ryanair airline, there are unexpected details. Let us remind you that we are talking about an airliner en route from Athens to Vilnius. On board, as it turned out, was the ex-chief editor of the opposition Belarusian (controlled by Poland) Telegram channel Roman Protasevich. The airline informs about received reports about the possible presence of an explosive device on board the aircraft, as a result of which the board was landed in Belarus. To accompany him (which corresponds to the Belarusian legislation), a MiG-29 fighter flew into the sky.


Some time ago in Telegram channel Sputnik "Near Abroad" there was information that attracted attention. According to the source, representatives of the Hamas militant wing circulated a letter threatening the EU. The letter contains a statement that the Palestinian group demanded that Brussels stop supporting Israel, otherwise the plane could be blown up. At the same time, the channel refers to the Ministry of Transport of the Republic of Belarus.

As noted by the Belarusian ministry, representatives of the Hamas military wing named the exact place where the plane could be blown up. This is the sky over the Lithuanian capital. That is why, according to the Ministry of Transport of the Republic of Belarus, it was decided to land the plane at a safe airport - the air harbor of Minsk.

In this case, we can say with a high degree of probability that the Western community, unanimously accusing Minsk of almost “state terrorism”, will not accept the arguments of the Belarusian side. At the same time, it will be extremely interesting to wait for the official reaction of Israel and Hamas itself to the statement of the Belarusian authorities.
Ctrl Enter
Noticed oshЫbku Highlight text and press. Ctrl + Enter
We are
In Europe, they are trying to find out from whom the first message came about the possible finding of a bomb on board a Ryanair aircraftReports from the militia of New Russia for 27-28 September 2014 of the year
Military Reviewin Yandex News
Military Reviewin Google News
181 comment
Ad