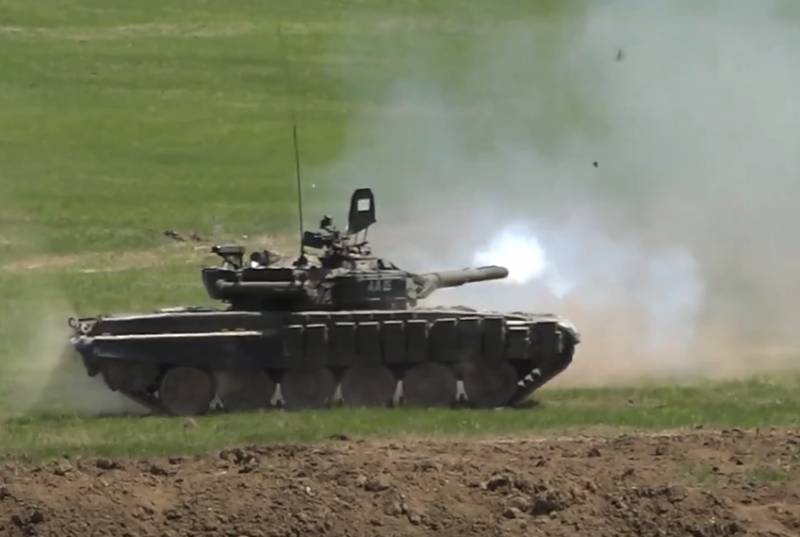 American military instructors took part in military exercises in Georgia. In fact, we are talking about the implementation of command control by American officers of the 1st Infantry Brigade of the Georgian armed forces.


The maneuvers were reported to have continued for 4 days, divided into day and night episodes. At the same time, in addition to directly the infantry of the Georgian troops, other units were also involved in them. Among them tank platoon, artillery battalion with 152-mm guns, mortar units (main weapon - mortars of 120 mm caliber).

It is said that the purpose of the exercise, with the involvement of American instructors, was to "organize defensive operations."

According to the scenario of the exercise, several enemy detachments tried to break through the defenses of the Georgian troops and move deeper into the territory. It was decided to stop them with artillery fire, as well as fire from tank guns and the aforementioned 120-mm mortars. At the same time, several tanks fired after digging in.

The Georgian Defense Ministry reports that the advance of the mock enemy's troops was also restrained by sniper groups. It is also added that American military instructors "highly appreciated the training of our military personnel - the brigade's personnel and the units that helped it and stopped the enemy's advance."

At the same time, in Georgia itself, experts note that these exercises did not take into account such an important component as “the possible use of an assault and bomber by the enemy. aviation":

The maneuvers looked as if our troops were expecting only such a variant of an attack from the enemy side, in which the enemy would attack on level ground, without diversionary maneuvers and, most importantly, without the use of combat aircraft.
Ctrl Enter
Noticed oshЫbku Highlight text and press. Ctrl + Enter
We are
Weekly summary of November 11-17 on the military and social situation in the DPR and LPR from the Mage military officerReports from the militia of New Russia for 27-28 September 2014 of the year
Military Reviewin Yandex News
Military Reviewin Google News
48 comments
Information
Dear reader, to leave comments on the publication, you must sign in.