Spider Web: US Biolabs Are Strengthening Their Influence 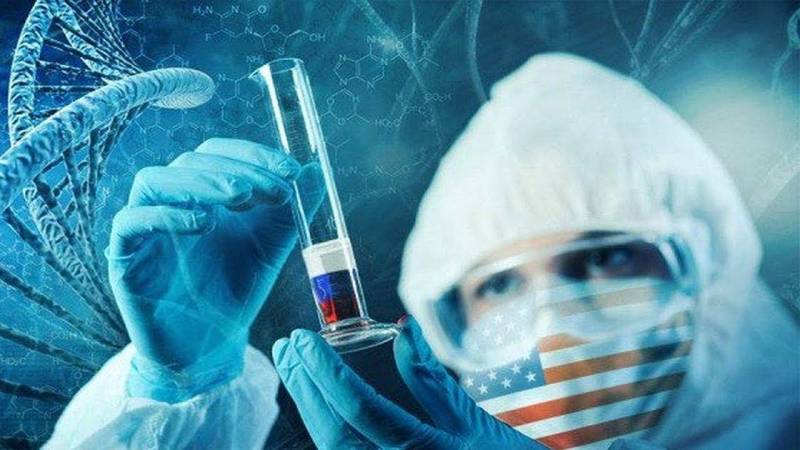 In the fight against global pathogens

The pandemic of the new coronavirus infection forced us to take a fresh look at the problems of biological protection. While in the United States, Republicans seriously accuse the Wuhan Institute of Virology of creating the SARS-CoV-2 virus, the Pentagon is demanding new resources to expand the network of world biolaboratories.

In the near future, the biological weapons there will be a clear renaissance. And it's not even about its direct use on the battlefield, but about the very potential of hybrid wars. The pandemic showed that most of the states are ready for economic sacrifices in order to save the population.

Hence the painful lockdowns, movement restrictions, and closed borders. The main thing is that viruses and bacteria can not only kill civilians, but cause panic and severe economic consequences. The permanent use of such "invisible fighters" can undermine the potential of any, even the most powerful state. The use of infectious agents is becoming an excellent sabotage tool. And it seems that the United States understands this very well. 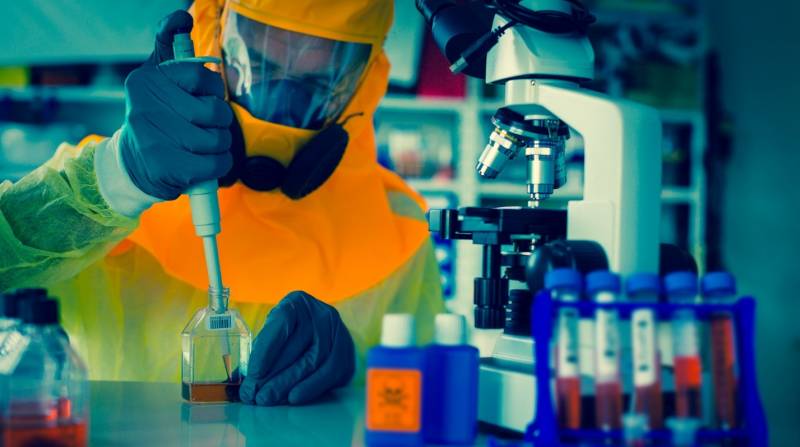 Source: 3mv.ru
At the moment, the Americans have created a real spider network of biological laboratories around the world - since 1997, more than 30 countries have become partners of this initiative. This is in addition to 400 facilities in the continental United States that are also involved in pathogen work.

Why would Americans fund multimillion-dollar projects of foreign biological laboratories at all, if there are enough resources inside the country to study any infection?

The official version from the mouth of the command of the Security Threat Reduction Agency (DTRA), which oversees the biological laboratory, is to reduce the threat of the spread of global infections. Say, there are a lot of irresponsible users of pathogens on the planet (Russia, North Korea, China and Iran), and emergencies in these countries can cause a global catastrophe at any time. The COVID-19 pandemic in this case will seem like just a modest prelude.

And initially, everything is logically aligned in favor of the American version. In China, there were no and there are no state biolaboratories. And look, what kind of infection they threw to the world from Wuhan? But partners in Thailand from Chulalongkorn University in Bangkok were the first in the world to identify COVID-13 outside of China on January 2020, 19. And the American partners from the local biological laboratory helped the Thais in this. That is, the precedent of the global coronavirus pandemic is now becoming the main lever for the further spread of the American spider web.

In a declassified report from the director of the American Security Threat Reduction Agency (DTRA) Weil Oxford on October 2 last year, biolabs were declared almost a panacea for the coronavirus threat. The Americans did not treat anyone at these facilities, but only provided "diagnostic testing." In particular, particular successes have been achieved, according to Oxford, in Ukraine and Georgia. Only now, the simplest analysis of open data suggests the opposite: neither in Georgia, nor even more so in Ukraine, has there been and is not observed a decrease in coronavirus infection. At least in comparison with neighboring countries.

Nevertheless, the rhetoric of the American authorities is acquiring a new color: if you want prompt protection against coronavirus, prepare a building for a biolaboratory.

Enemy at the gate

Biological laboratories, or, as they are also called, reference laboratories, are now open in most countries of the near Russian abroad. Since 2010 they have been operating in Ukraine, since 2011 - in Georgia, and since 2016 - in Kazakhstan, Armenia, Azerbaijan and Uzbekistan.

Especially in this situation, the situation with Armenia is surprising, whose national security is 100% dependent on Russia. Now on the territory of the CSTO member there are at least 3 biological research centers funded from Washington. When asked about the closed mode of operation of these centers, General Director of the National Center for Disease Control and Prevention of the Ministry of Health of Armenia Artavazd Vanyan replied:

“The laboratory has a biological and chemical research focus and cooperates with both the United States and Russia. It is normal that our system is closed, as we are dealing with pathogens. "

The permanent conflict with Azerbaijan, which regularly turns into real hostilities, gives a special coloring to this situation.

What are the consequences of an air strike or missile attack on these laboratories from Baku?

By the way, Azerbaijan also has several American biological laboratories. The US government does not categorically grant anyone access to these facilities. And they have the right to do so, it should be noted.

It's all about the vague wording of the 1972 Convention on the Prohibition of the Development, Production and Stockpiling of Biological and Toxin Weapons. The treaty does not provide for any mechanism for other states to access biological laboratories suspected of working with prohibited weapons. That is, Russia can resent the deployment of at least 15 reference laboratories in Ukraine as much as it pleases, but legally it cannot do anything. At the same time, if something like this were to be deployed on the Russian side in Cuba, Washington's stormy response would not have kept itself waiting for several hours.

The 1972 Convention prohibits any form of biological and toxin weapons, but the international community does not provide for the procedure for checking suspicious objects. Therefore, all US biological laboratories have the status of exclusively sanitary and are closed to any inspections. 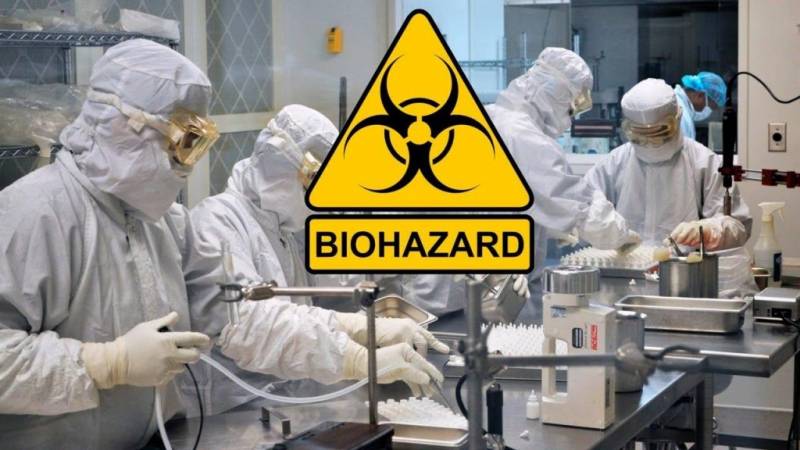 Source: natonet.ru
The outrageous situation with American reference laboratories in Armenia seems to be finding a solution. In May of this year, Yerevan and Moscow signed an intergovernmental memorandum "On issues of ensuring biological safety." And although the details of the agreement have not been published, it remains to be hoped that Russia's interests in this case are taken into account.

The main purpose of financing the work of the ramified spider network of American biological laboratories, in addition to the officially announced ones, is to prepare for a large-scale "silent biological war".

The fact is that no one will now, like the Japanese from Detachment 731, throw ceramic bombs with fleas. Work with local vectors of pathogens comes to the fore. Mosquitoes, flies and other insects do not know about state borders and can bring strains of especially dangerous viruses and bacteria to Russia or China.

That is why American military biologists have chosen the causative agents of tularemia, anthrax, brucellosis, dengue fever, and Crimean-Congo hemorrhagic fever as objects of research. All this infection is carried by blood-sucking insects.

Since 2007, the southern and central regions of Russia have been experiencing large-scale outbreaks of African swine fever, the causative agent of which is a specific strain "Georgia-2007". The pathogen is mechanically carried by insects and mites. Rosselkhoznadzor experts have calculated the economic damage from epizootics - more than 5 billion rubles of direct losses and about 50 billion rubles of indirect ones. By all indications, the new strain "Georgia-2007" was bred in the notorious Richard Lugar Public Health Center in the vicinity of Tbilisi. However, there is no direct evidence for this. And, most likely, it won't.

It is according to this scenario that hybrid wars with the use of biological weapons are unfolding in the XNUMXst century. There are epidemics (epizootics), there are new strains of pathogens, there are financial losses, and it is impossible to prove the fact of sabotage. The even distribution of US biolaboratories around the globe allows Americans to create effective biological warfare tools. The vectors of pathogens are sought out among local insects and animals, viruses and bacteria are adapted for them. At the same time, everything formally remains within the framework of international law.

The Americans do not hide the political underpinnings of the location of reference laboratories abroad. Now, according to the most conservative estimates, there are at least 200 such objects in the world. In the above-mentioned report by the director of the Security Threat Reduction Agency, Weil Oxford, biolabs are explicitly referred to as instruments of "soft power." Many countries in a pandemic panic will be much more accommodating to the deployment of new biological defenses. According to Washington, such laboratories demonstrate partnership aspirations and paternal care on the part of the United States.

At the same time, the degree of influence of opponents - Russia and China - in the countries that have sheltered American biological laboratories is decreasing. All this is being done in full accordance with the national interests of the United States. For the first time, the Americans have officially recognized that their spider network of reference laboratories is one of many tools in the fight against Russia.

And we definitely need to do something about it.