25 May 2021
13
The Conqueror heavy tank was in service from 1955 to 1966. It was created as a response to the Soviet IS-3. At that time, the British government perceived the USSR as a threat and believed that combat vehicles with 120 mm guns would provide reliable protection in the event of an attack.


The Conqueror weighs about 65 tons, and the frontal armor of the hull and turret is 130 and 150 mm, respectively. This is the heaviest tank in stories British tank building, which was operated by crews of 4 people.
At the front of the vehicle are two large headlights, a number plate and a tow hook. Several periscopes are visible to the right of the tower - this is where the driver's seat is located. Above you can see a very simple cannon with a large ejector in the middle of the barrel. The gun mantlet is quite massive, and its thickness is about 200 mm.

And although there is nothing superfluous in the 18-ton tower, it is very functional. One of the design finds was a large combo that can be rotated. On both sides of it there are two hatches, and on the sides of the tower there are multi-barreled launchers for shooting smoke grenades. 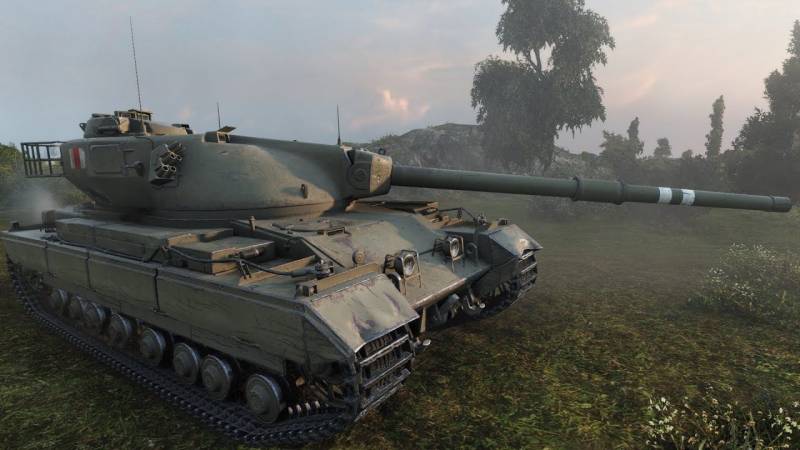 The tank is powered by a Rolls-Royce Meteor 12-cylinder carburetor engine with an injection system. The fuel filler caps are located to the left and right of the engine.

Chassis tank built on the basis of Horstmann suspension. Eight boiling steel rollers are installed on each side, combined in pairs. They are quite reliable, but very noisy.
What else is remarkable about the car and what is inside the famous "Conqueror", see the video from Wargaming.


The Chieftain was one of the first main battle tanks in Great Britain, in service with the United Kingdom army in the 60s and 70s of the XX century. The vehicle weighs 55 tons and develops a speed of about 48 km / h. In front there is a mechanical drive hatch and a viewing periscope, thanks to which the tank can be driven with both open and closed hatches. Headlights (including infrared) and side lights are also installed there.

In the middle of the tower there is a loader hatch and a commander hatch. Around it there are periscopes equipped with a system of washers and wipers, a commander's universal machine gun, the gunner's main sight and a box for property that can hold a box of 200 rounds. An infrared sight under an armored visor and a rotating observation device are installed next to the loader's position. The rear of the tower contains a compartment for filters providing chemical protection, a generator access casing, and batteries that power the tower. It should be noted that the tank has a lot of storage compartments. 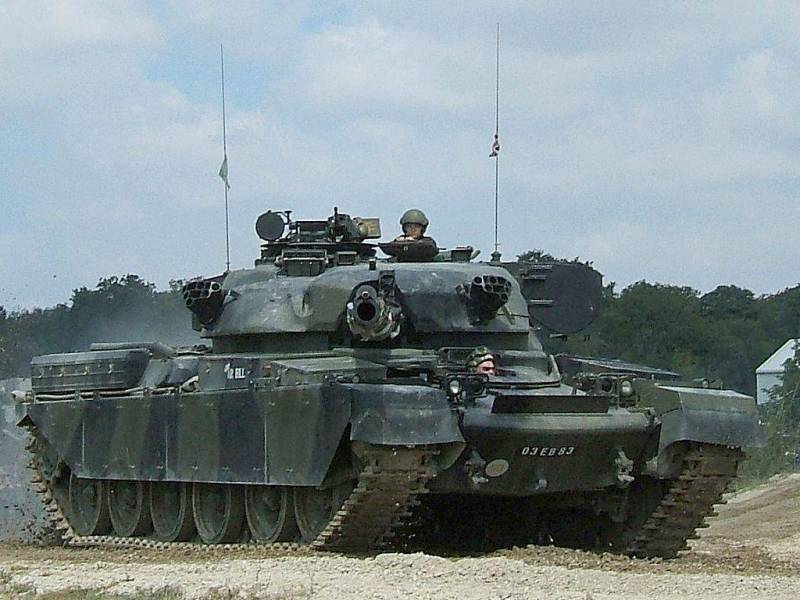 The main armament of the Chieftain is a 120 mm rifled gun in a heat-shielding casing and a course machine gun. In addition, to the left and right of the tower, there are multi-barreled installations for launching smoke grenades.
The chassis of the tank is represented by 6 rollers on each side. Another 3 carrier rollers are located under the tracks, which in turn are hidden behind screens. There is an idler roller at the front and the drive wheel at the back.
Towards the rear of the vehicle can be seen tow cables, brake lights, reflectors, a storage compartment for a first aid kit, storage boxes, exhaust pipes and two tow hooks. There is also a tank telephone on which the infantry, being behind the vehicle, could talk to the crew.

For even more design features and the internal structure of the Chieftain, watch the video from Wargaming.

Ctrl Enter
Noticed oshЫbku Highlight text and press. Ctrl + Enter
We are
Tanks of the USSR, before the warTank "Panther"
Military Reviewin Yandex News
Military Reviewin Google News
13 comments
Information
Dear reader, to leave comments on the publication, you must sign in.