Polish expert: If the Bayraktar TB2 UAVs were acquired as means of destruction of Russian equipment, then it is unclear how they will withstand the air defense of the Russian Federation 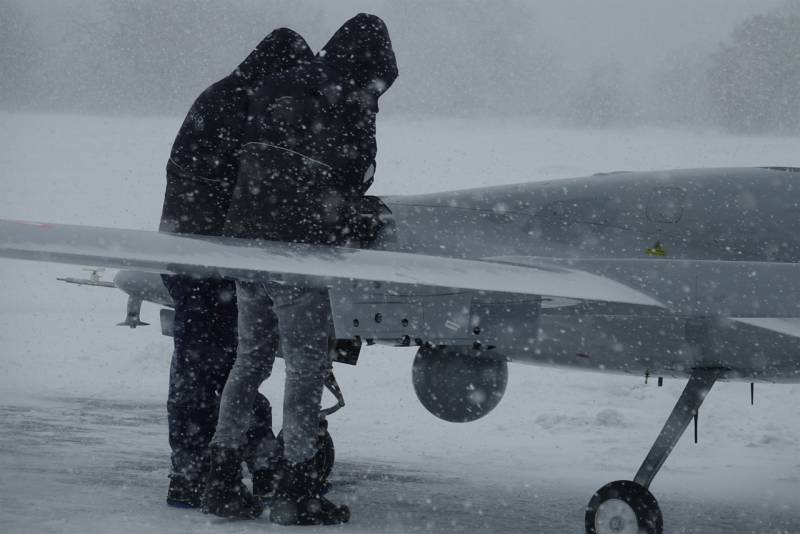 Polish military experts comment on the decision of the country's authorities to purchase Bayraktar TB2 strike-reconnaissance drones from Turkey. Observer Jacek Szyminski writes that this decision of the official Warsaw came as a complete surprise to the Polish expert community. It is noted that earlier the Ministry of Defense of Poland did not express their intentions to conclude a contract with Ankara, and suddenly there was evidence that an agreement for the purchase of Bayraktar had already been signed.


Polish military expert Michal Gaisler from New Military Equipment believes that the acquisition of Bayraktar drones is evidence that the Polish Defense Ministry is unwilling to spend funds on R&D.

Research and development (R&D) costs in Poland are very low. This hinders the development of our industry. It is unlikely that private or public organizations will finance R&D from their own financial reserves, autonomously. Polish business cannot do it on its own.
According to the Polish expert, the purchase of the Bayraktar TB2 UAV only aggravates this situation. It was noted that instead of their own developments, the country's authorities decided to focus on the import of weapons and military equipment, "including those that could be created in Poland itself."

The Ministry of Defense has chosen the easiest path, but only where will it eventually lead ...
The expert notes that in this case, Warsaw will depend on the Turkish manufacturer.

Other Polish analysts point out the lack of a systematic approach in the procurement of weapons by the Ministry of Defense. It is noted that "they want to buy everything at once, from different suppliers." So, the publication recalled that Poland wants to buy fifth-generation F-35 fighters from the Americans.

Michal Pekarski (Security Researcher at the University of Wroclaw):

We have our own industrial capacities, why was it necessary to buy a Bayraktar TB2 UAV from Turkey? They are not even integrated into the Polish weapons system. We are building a multi-domain environment, but in the end it turns out that the platform will be isolated from other components.
The expert notes that if Bayraktar TB2 were acquired as a means of destroying Russian equipment, then it is unclear how they will withstand Russian air defense systems.

The question arises: did the representatives of our Ministry of Defense conduct an analysis of what exactly and in what conditions the Bayraktars were used during the conflict in Nagorno-Karabakh? It seems that the conclusions about the need to purchase were made for the reason that now it is fashionable.
According to the Polish military expert David Kamizela, the Polish Ministry of Defense clearly did not take into account the important aspect of the use of the Bayraktar UAV by the Azerbaijani troops. He notes that with the help of these attack drones, it was possible to destroy the Pantsir air defense missile system of the Armenian forces in Karabakh only because these complexes were used individually, and not in a single air defense system.