"I liked the Egyptians": foreign press on the order of the Russian ATGM "Vikhr-1" 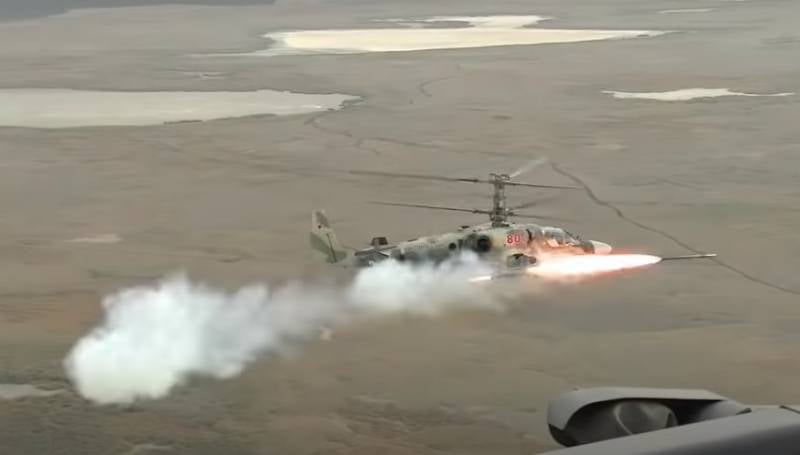 The Russian company OJSC “Concern Kalashnikov” reported on the early completion of deliveries of guided missiles “Vikhr-1” for the needs of the RF Ministry of Defense. As indicated, the transfer of ATGM to the troops is carried out on the basis of an extended contract, which was signed back in 2014. Since that time, it has been possible not only to develop large-scale production of missiles, but also to replace imported components with domestic ones.


The Vortex laser-guided ATGM was developed by the Tula KBP in the mid-80s of the last century.

Created in 1985, it never went into mass production. In the 2000s, the ATGM was modernized and received the designation "Whirlwind-1", retaining the NATO code designation AT-16 Scallion
- writes the Italian edition Analisi Difesa.

The Russian manufacturer, when deploying a serial production, managed to solve a number of technical problems identified during state tests. The first batch of 9А4172 missiles, designed to destroy armored vehicles, fortifications and low-speed air targets at a distance of up to 8 km, was delivered in 2015.

The Whirlwind-1 rocket was to the liking of the Egyptians [...] Its main carrier is the Ka-52 attack and reconnaissance helicopter. Unsurprisingly, according to numerous industry sources, Cairo became the first foreign customer for a missile designed to arm 46 Egyptian Ka-52 helicopters.
- noted in the specified foreign press.

Earlier, the exact number of such helicopters in the Egyptian armed forces was not reported. How much you can trust the data of the Italian media about the number of Ka-52s in Egypt is an open question.