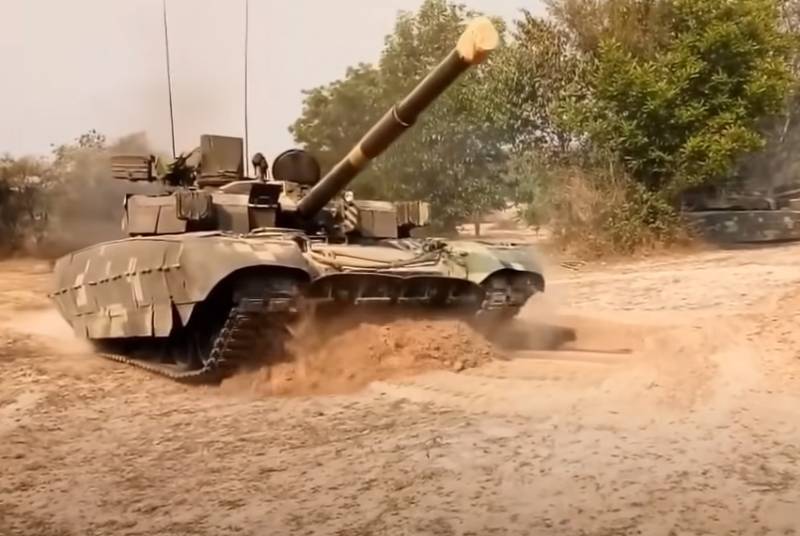 This week, the Chief of Staff of the Pakistani Ground Forces, General Kamar Javed Bajwa, visited a military training ground in the Kharkiv region of Ukraine and witnessed field trials of various combat vehicles and systems. He showed great interest in modern Ukrainian weapons systems.


This is reported by the Defense Blog magazine.

The press said that Pakistan is showing interest in the Ukrainian tank "Oplot" and the anti-tank system "Skif", which is an export modification of the "Stugna" missile system.

Pakistan is interested in expanding defense cooperation with Ukraine through technology transfer and joint ventures in the future, as both sides can benefit from each other's experiences.
- said Bajwa.

Kiev and Islamabad agreed to further optimize defense cooperation, especially in the field of military production, training, intelligence and the fight against terrorism. Ukrainian dignitaries praised Pakistan's sincere efforts to establish peace and stability in the region and reaffirmed Ukraine's desire to expand bilateral cooperation. They assume that Islamabad can buy the T-84BM "Oplot" and ATGM "Skif" tanks.

At the moment, Thailand is the only operator of Oplot tanks outside of Ukraine. At the same time, Thailand several times threatened to terminate the contract with the Ukrainian manufacturer, as it did not meet the terms of delivery under the contract.

Ctrl Enter
Noticed oshЫbku Highlight text and press. Ctrl + Enter
We are
Reports from the militia of New Russia for 27-28 September 2014 of the yearInterview of Vladimir Putin with Radio Europe-1 and TF1
Military Reviewin Yandex News
Military Reviewin Google News
79 comments
Information
Dear reader, to leave comments on the publication, you must sign in.