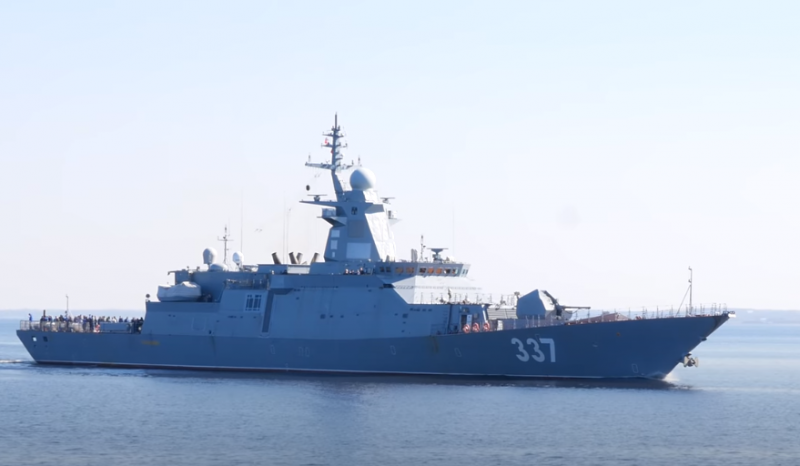 At the Amur shipyard, in the near future, the laying of two corvettes of projects 20380 and 20385 for the Pacific fleet... This was announced by the commander of the Pacific Fleet, Admiral Sergei Avakyants.

At present, four MRKs of project 22800 "Karakurt" for the Pacific Fleet are being completed at the Amur Shipyard, and two more are to be built at the "Vostochnaya Verf" in Vladivostok. The last RTO of the Amur series should be commissioned in 2025.

Also, in the near future, the Pacific Fleet will be replenished with a corvette of project 20385 "Gremyashchiy" and two diesel-electric submarines of project 636.3 "Petropavlovsk-Kamchatsky" and "Volkhov", which are preparing for an inter-fleet passage from the Baltic to Kamchatka. Submarines under the cover of a corvette will go along the southern route through the Mediterranean Sea - the Suez Canal and the Indian Ocean.

In the future, the Pacific Fleet will be replenished with corvettes of project 20380 and 20385, frigates of project 22350, MRK of project 22800, series of diesel-electric submarines "Varshavyanka", APRKSN "Borey-A", multipurpose nuclear submarines "Yasen-M".
Ctrl Enter
Noticed oshЫbku Highlight text and press. Ctrl + Enter
We are
The deadlines for laying the fourth RTO of project 22800 “Karakurt” for Pacific Fleet were postponedRTO "Sovetsk" project 22800 Karakurt became part of the Baltic Fleet
Military Reviewin Yandex News
Military Reviewin Google News
24 comments
Information
Dear reader, to leave comments on the publication, you must sign in.