In the Perm Territory, a student of a lyceum attacked a teacher with a knife 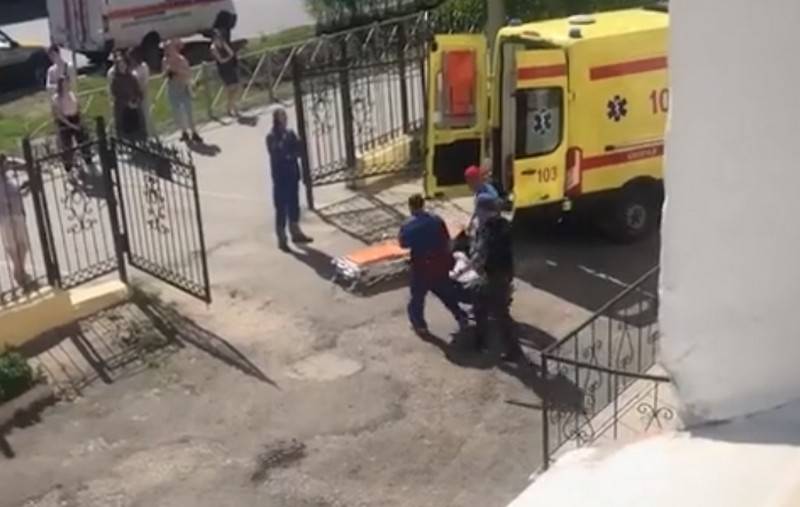 An attack on a teacher with a knife took place in the city of Berezniki, Perm Territory. According to local media reports, the teacher was taken to hospital in moderate severity.


According to reports, in Lyceum No. 1 in the city of Berezniki, a 16-year-old student attacked a physics teacher with a knife, inflicting multiple wounds on her neck and shoulder. At the moment, he was detained by officers of the Russian Guard, the victim was taken to the Bereznikov hospital in moderate severity. A medical helicopter was sent to the place to transport her to Perm to the regional clinical hospital.

The regional Ministry of Internal Affairs confirmed the fact of the attack, stating that in Lyceum No. 1, a student attacked the teacher using an object that looked like a knife. He was detained, an investigative-operational group is working on the spot, including PDN officers, all the circumstances of the incident are being established.

The Investigative Directorate for the Perm Territory gave an official comment:

On May 21, 2021, in the Lyceum of the city of Berezniki, Perm Territory, a 16-year-old student, using a knife, wounded a teacher of an educational institution. With the received wound, the victim was taken and hospitalized in a medical institution. On this fact (...) a criminal case was initiated under Part 3 of Art. 30 h. 1 tbsp. 105 of the Criminal Code (attempted murder)

According to preliminary information, the family of the attacker is not registered.
Ctrl Enter
Noticed oshЫbku Highlight text and press. Ctrl + Enter
We are
Riot dayResults of anti-terrorist work on Dagestan in April 2014
Military Reviewin Yandex News
Military Reviewin Google News
124 comments
Information
Dear reader, to leave comments on the publication, you must sign in.