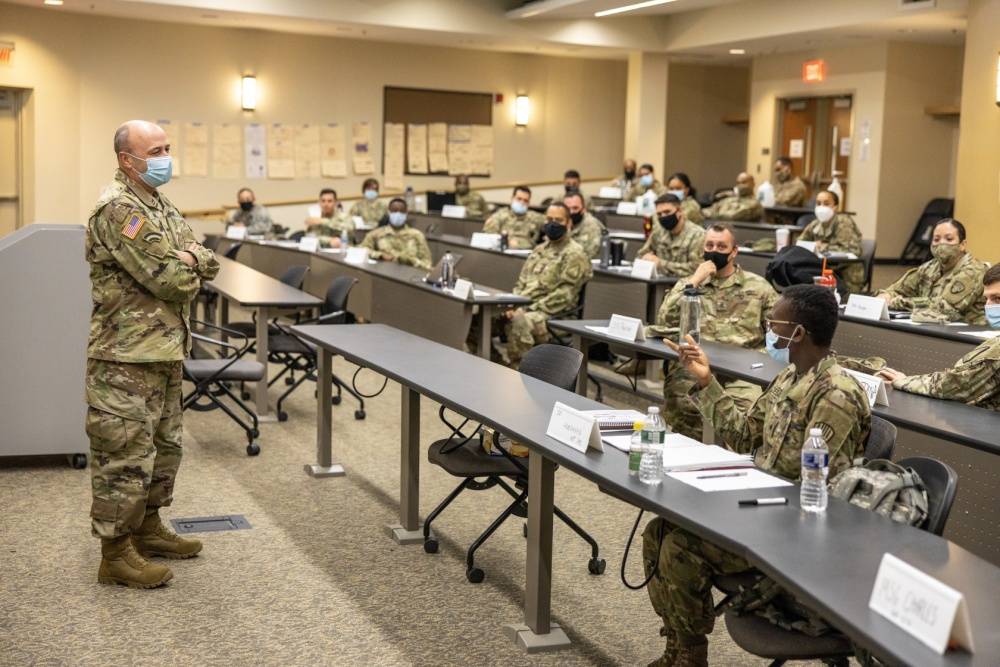 Critical race theory (CRT) is the belief that any economic or social system based on merit is oppressive and must be destroyed. It is not enough to reform these systems. They should be canceled. No one can be promoted or given better living conditions through their own hard work. All humans should be assigned “privileges” that are determined by their race. According to this theory, as in the barnyard in George Orwell's book, all Americans are equal, but some are still more equal than others.

Critical race theory in the news

Let's take a look at some of the major developments in American politics over the past week:

Biden canceled this orderby allowing criminals to commit theft and vandalism without consequences. To date, rioters have damaged or destroyed monuments dedicated to George Washington, Abraham Lincoln and many other famous American historical personalities. Even more egregious, they destroyed memorials to veterans of the war against Nazi Germany. Crowds even desecrated statues dedicated to African American regiments that fought in the 1861-1865 Civil War.

Why would any sane person think it would be good to allow violent crowds to demolish our most sacred monuments to heroes of the past?

It turns out that all of this has a lot to do with KPT (critical racial theory).

Understand that KPT in America is so sacred that liberal newspapers there condemn journalistswho only dare to hint about violence. 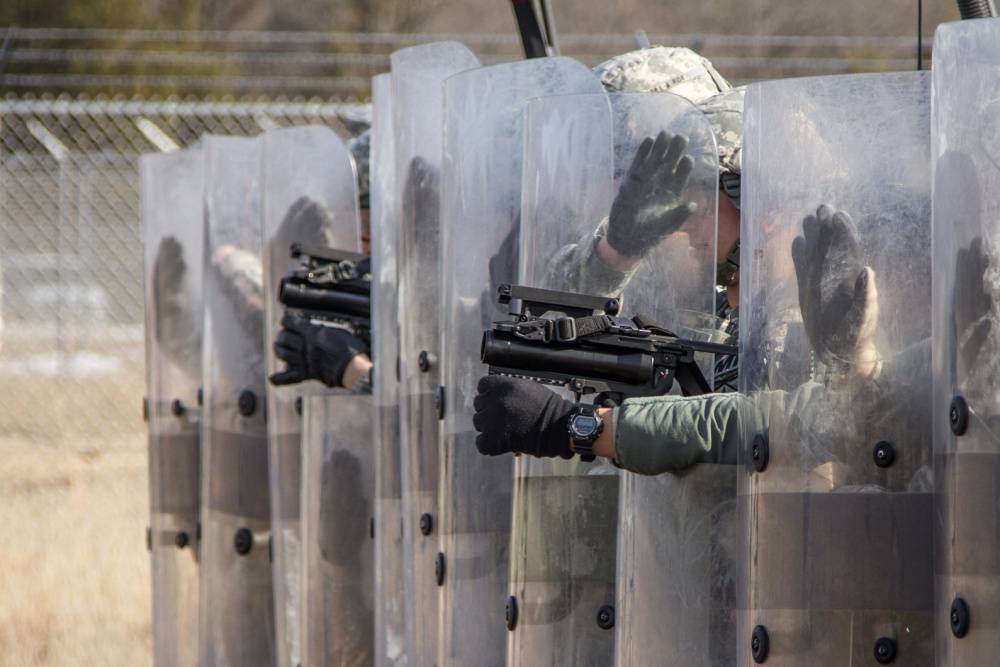 The commander of the Space Force was dismissed for opposing critical racial theory.

Lieutenant Colonel Matthew Lomeyer of the 11th Space Warning Squadron was relieved of his post for condemning critical racial theory, a podcast said last week. Trump banned the teaching of KPT in the military - it turns out that this was another order that Biden canceled.

How can this be good - to teach soldiers of different races hate each other?

Liberals argue that the CPT is the opposite of fascist racism. They insist that white Americans of European descent have unfair advantages, and the CPT frees Colored people from oppression. However, the CPT uses the same rhetoric as the fascist systems. And it pursues the same goal: to turn people against each other and spread racial hatred.

President Lyndon B. Johnson signed into law the Civil Rights Act of 1964, which outlawed racial discrimination in the United States. He described the purpose of racism as follows:

“I'll tell you what the point is. If you can convince the lowest white man that he is better than the best colored man, he will not notice you rummaging through his pocket. Give him someone to look down on and he'll empty his pockets for you. "
I previously described globalism as fascism of the XXI century.

The goal is to divide people and turn against each other.

"A house divided against itself cannot resist,"
as Abraham Lincoln said.

In Western societies, critical racial theory and related ideologies (such as intersectional feminism, for example) throw classes of people into war against each other.

White vs. Black.
Men versus women.
Christians versus Muslims and so on.

How do Americans feel when Biden plays in the racial favoritesgiving money to help covid? American cities are crumbling under mass escalating racial violencewhile the police stand aside. What else could Americans feel besides anger? 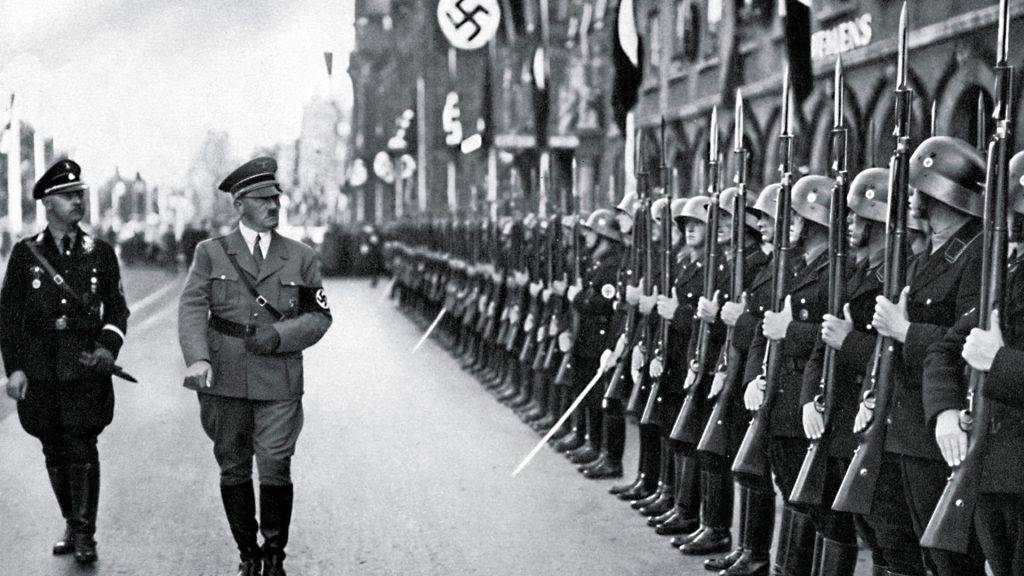 To properly understand what CPT is, at least a cursory knowledge of several related ideologies of the past is required.

Nazi race theory
The Nazis sorted people by racial hierarchy... The Aryans were the dominant race at the top of the pyramid, and everyone else was in varying degrees of inferiority. Some groups, such as the Japanese, Persians, and Arabs, were "honorary" Aryans and were given most of the same privileges. Yes, the KPT accepts Nazism. Liberal racism - this is a fascist elephant in the room.

American phrenology and the quantum laws of blood
During the XNUMXth and XNUMXth centuries, scientists gradually improved their understanding of the human brain. One of their biggest breakthroughs was the realization that the brain is actually many different organs that contribute to a person's cognitive functions and even to their personality. Unfortunately, racists have interpreted this data to mean that different skull shapes determine intelligence. European slave owners decided that their own skull proportions were ideal, while other skull shapes, such as those of the Africans, were inferior to them. Since then, this idea has been recognized as false, but nevertheless it became known as phrenology.

The slave owners adopted phrenology. The US government has stepped up Indian resettlement as well as forced relocation of indigenous tribes. The army deported thousands of people, most notably Cherokee, following the trail of tears. The project was logistically challenging, and the government needed a reliable way to determine who was considered indigenous and who was not. Their method of legal definition ethnic heritage has been codified in blood quanta laws... This notorious system determined a person's status as a resident based on what percentage of his ancestry was native.

Unsurprisingly, slave states took the idea of ​​a “blood quantum” and used it for themselves. One drop of African blood determined the fate of a person as a property, and not as a free citizen.

The ideology of affirmative action

The CPT also uses a "blood quantum" to determine whether a person should be classified as European, African, Asian, Arab, or otherwise labeled.

Liberals insist that white Europeans are so superior to everyone else that no school or workplace can be fair. For this reason, schools across America are closing their continuing education programs. According to the CPT, people of color are unable to learn English or mathematics, so these school subjects should be either reduced or completely discontinued.

Blood Quantum is featured in a variety of initiatives, including job quotas. Liberal lawmakers and activists pressure private businesses, faculties, and government agencies to hire people from their preferred races. This practice is commonly referred to as affirmative action.

Affirmative action and blood quanta have become increasingly popular in NATO countries. Consider the recent scandal in the United Kingdom.

British police forces and even the military were caught selecting recruits based on their race, rather than their qualifications, as police officers and soldiers. Naturally, a certain percentage should also have "quanta of homosexuality." 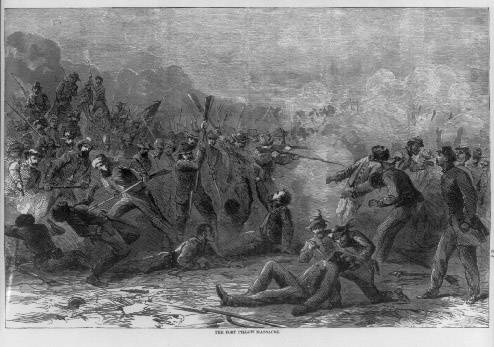 An increasing number of citizens and politicians are taking notice of the CTF threat and are taking action.

Three American states (with the CPT legislated) have banned the teaching of physical education in their schools, and a dozen other states across the union write and vote on similar laws. Despite the public outcry, Joe Biden's administration insists that teaching in KPT schools is a “responsible” business. Other influential government and private organizations are also doubling down on this practice.

Over the past decade, many American universities have begun divide students by race... Liberals argue that it is "unsafe" for white and black students to live and work together.

Liberals also announced Asians "white"... Presumably, Asian children do too well in school and get too many high-paying jobs. Therefore, KPT activists consider Asians to be white, not people of color. 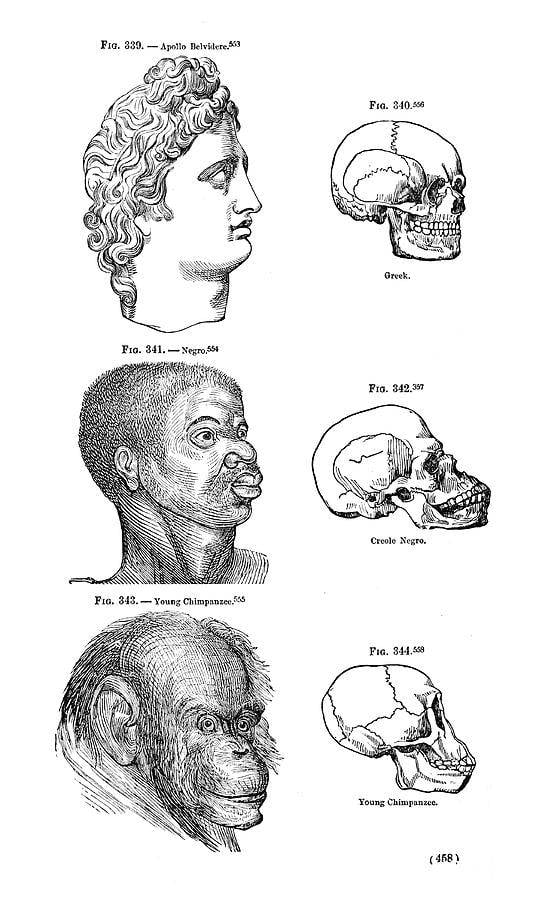 The defenders of the KPT decided that the inferior races did not deserve the title of scientists.

"Indigenous" science is now classified as indigenous knowledge. This idea probably sounds strange to most people. Wouldn't the Greek scientist in Athens be the same as the Zulu scientist in the African bush? Not according to CPT. Apparently, only the Athenian is a scientist. The Zulus are an inferior race, and their scientific achievements are only indigenous knowledge, not real science. The modern KPT perpetuates the same fascist and phrenological myths that different races of people are on the “lower” branches of the male council tree.

This article presents is a typical description of indigenous knowledge. The creator praises the birds for learning how to carry burning branches. He then praises the "native" people for their knowledge of birds. This is an ambiguous compliment. He directly compares birds to indigenous people.

You see, we people of European descent cannot understand birds because we are too advanced. The indigenous people are supposedly primitive, mostly the animals themselves, so it is easy for them to understand birds. As racist as this belief is, this is what the CPT teaches. Imagine bringing your friend home for the first time and then congratulating her on understanding the family dog ​​so well, implying that she is a dog too. Will she appreciate the compliment? Most probably not.

Vile racism is common on other topics as well.

For example, liberal activists in the United States and Europe believe that museum exhibits police special forces are racist... Such scandals are tests of Ryushakh. The Liberal looks at the police equipment used to fight criminals and immediately thinks of black people. Isn't it racism to think that all blacks are criminals? Yes it is.

One of Joe Biden's most famous missteps is when he said:

"Poor children are as smart and talented as white children."
Isn't that racism? Thinking that all people of color are poor? Yes it is.

As I wrote in previous article:

It should be obvious to the careful observer that the colonial model of slavery is the inspiration for XNUMXst century globalism. Theories fourth generation wars и COIN based on the assumption that empires need huge armies of hundreds of thousands of soldiers to occupy only one small country like Iraq. Looking back, I understand that this is not true. The current status quo in Iraq, Afghanistan, Syria and other developing regions of the world, suffering under the yoke of NATO imperialism, is proof that a small cadre of special forces, aviation (manned and unmanned) and local militias are more than capable of pursuing globalist policies.
The goal of globalists around the world is the same as their respective domestic policies: divide and conquer.

The merger of nations into larger transnational unions must be prevented. Existing nations must be destabilized. Governments must be overthrown. Just as critical racial theory encourages racism in American elementary schools, it also contributes to the creation of ethnic states.

The creation of a Eurasian Economic Union is unacceptable. After all, it is much preferable to divide Europe into, say, such weak and easily manipulated ethnostats as Ukraine after 2014.

Ctrl Enter
Noticed oshЫbku Highlight text and press. Ctrl + Enter
We are
About Stalin and KhrushchevWhat you didn't want to know about England
Military Reviewin Yandex News
Military Reviewin Google News
98 comments
Information
Dear reader, to leave comments on the publication, you must sign in.