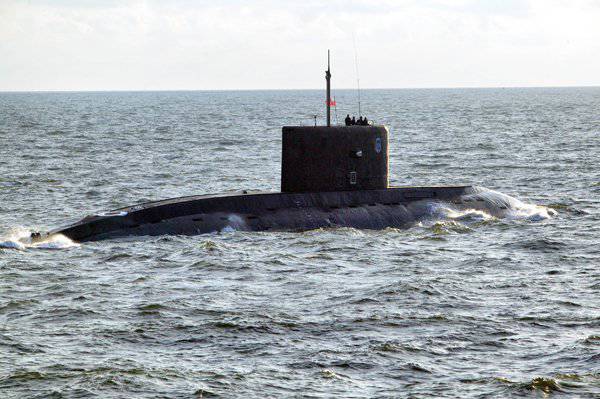 The head export diesel-electric submarine of the 636 project for a foreign customer, as already reported, was launched at the Admiralty Shipyards.


The diesel-electric submarines are being built under the Rosoboronexport contract with the St. Petersburg Admiralty Shipyards for the creation of six submarines of the 636 Varshavyanka project (the export version of the 877 Halibus project) in the interests of Vietnam. The agreement on the supply of submarines to Vietnam was signed on 15 December 2009, the cost of the contract for the construction of submarines is about 2 billion dollars.

Deliveries to Vietnam of six 636 boats will begin with 2014. All boats will be delivered to the Vietnamese side in a standard configuration with the Club-S missile strike complex.

According to the Minister of National Defense of the SRV Phung Quang Than, the Socialist Republic of Vietnam (SRV) in the coming 5-6 years will be equipped with six naval submarines of the 636 project and other types of modern weapons for their Navy, which will more effectively protect territorial integrity and defend national sovereignty.

The surface displacement of submarines of the 636 project is 2300-2395 t, the submarine displacement is 3076-3150 t. These diesel-electric submarines are capable of developing underwater speed of 17-19 nodes, and the autonomy of their navigation is 45 days. The 636 project boats have six 533 mm caliber torpedo tubes, 18 torpedoes and / or cruise missiles. Torpedo tubes can also be used to mine and launch cruise missiles.

Ctrl Enter
Noticed oshЫbku Highlight text and press. Ctrl + Enter
We are
The action “Military service under the contract is your choice!” In Rostov-on-Don: future contract servicemen, exhibitions and “Russian Knights”Armored Vehicles Market in the Middle East in 2005-2012 and forecast for 2013-2016
24 comments
Information
Dear reader, to leave comments on the publication, you must to register.