Why Belarus does not need a "democracy inoculation" 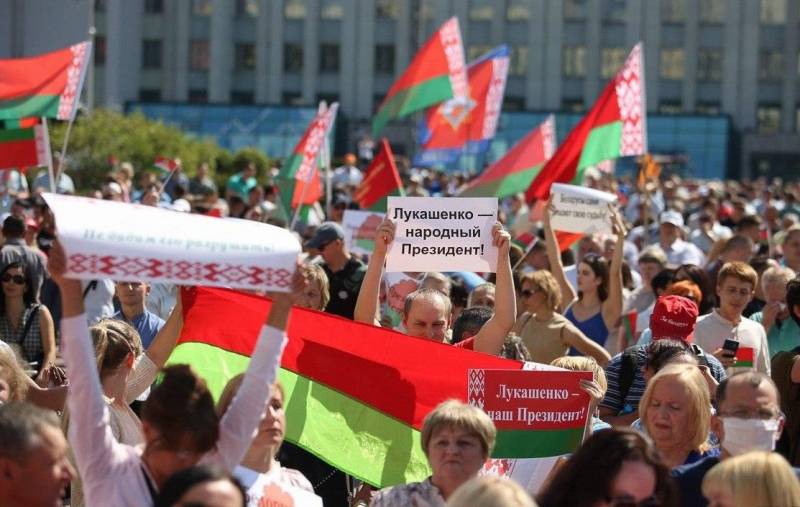 This is not Kiev for you

Once again we have to pay tribute to the Belarusian leader. How, for decades, Lukashenka has managed to balance on the brink, or rather, on many edges at once, no one seems to be able to understand.

The 2013 scenario that worked in Kiev did not work either in Minsk or on the periphery of Belarus. And this is after several months with strikes, rallies, and harsh measures by the security forces. Alexander Lukashenko is still the President of the Republic of Belarus, although he is by no means recognized by everyone in the world. 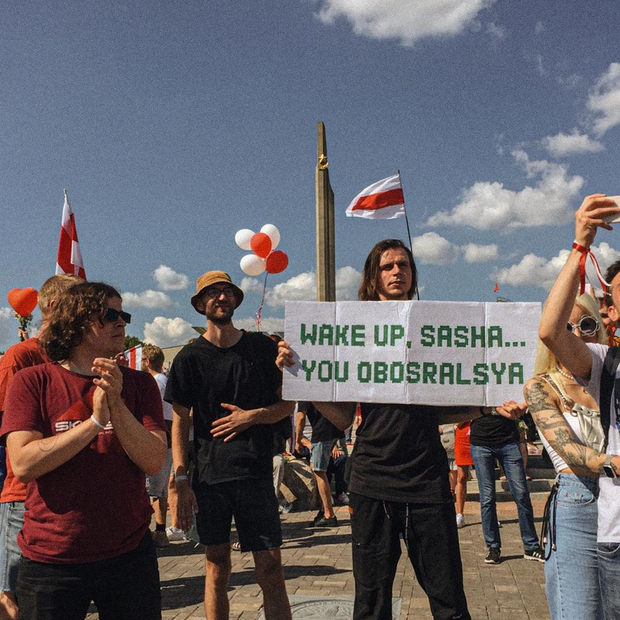 Photo: nadiadrapp / instagram.com
They write about him, write a lot, and almost all non-Belarusian press - in a not very positive way. “Not our daddy” or “The last dictator” are, perhaps, the softest epithets addressed to the president of the union republic.

There are too many now those who are not the largest, both in terms of population and area, the republic with all their might, either pulled to Europe, or pushed into the arms of Russia. The old man, by all indications, would like to leave so that everything after him remains as it is.

Without oligarchy, without corruption, at least for the sake of appearance, without "false" democracy for the elite, and without a pandemic, although somehow it did not work out with the latter. It has leaked, and no special forces will help here. We have to do something, although it seems that the most effective - the Chinese approach - has been taken into service.

But that's not the point. Why did political aggravation happen in a quiet, even apathetic Belarus precisely in a pandemic year? This question is, of course, rhetorical. Yes, 2020 turned out to be an elective year, the same Donald Trump did not manage to survive it in the White House. And the "dad" survived, although he almost fell over the same line.

On the role of personality in history

Lev Nikolayevich Tolstoy is the one who would have taken the full advantage of the Belarusian president. His personalities, capable of manipulating the masses, seemed to simply infuriate. Especially one French, or rather a Corsican personality, who passed away exactly 200 years ago on the island of Saint Helena. 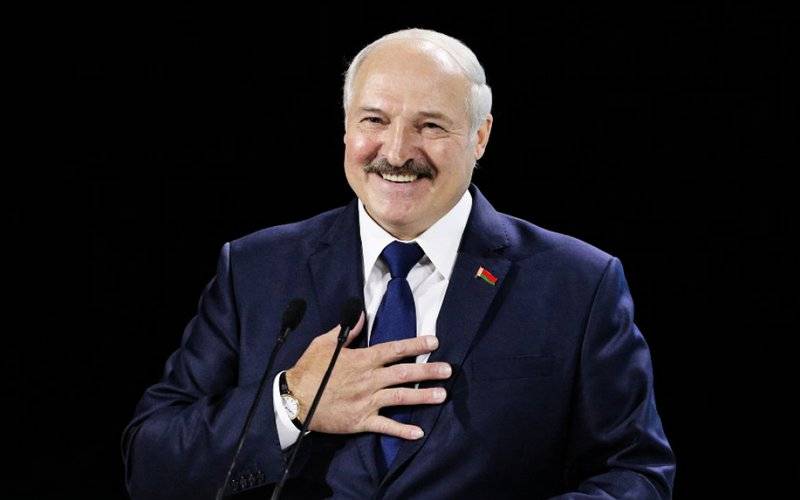 Source: politanalitika.ru
Although Lukashenka is certainly no Napoleon Bonaparte, he also “prescribed” something like prosperity to his people. Without wars, without expansion to Europe, or, do not consider it nonsense - to Russia, where many people sleep and see how our guarantor can "instill" something from the father.

In general, the situation with "vaccinations" is very strange. Everyone should be vaccinated promptly from covid, but the battle for vaccines is increasingly reminiscent of the realities of the two world wars. What is even worth the stubbornness of the United States and "almost united" Europe in relation to the Russian Sputnik V.

Moreover, civilized partners, who, of course, have “their own” vaccines with an extremely high 60 percent efficiency, with the blessing of the World Health Organization, are pushing back. But no pandemic at the same time prevents many from actively engaging in "political vaccination".

Respectable scientists and reputable experts have already noticed how aggravated all political contradictions are in the pandemic year. The authors of the latest collection “Year of the Planet”, published recently at the Primakov Institute of World Economy and International Relations (IMEMO), called it the main paradox of 2020.

The difference is not in words, but in deeds

One of the articles of the academic yearbook, written by the candidates of political sciences Elena Kuzmina and Eduard Solovyov, received a rather risky, in my opinion, title - "Belarus: the beginning of political transition?"

Criticizing the Belarusian elite, that is, in fact, Alexander Lukashenko personally, for excessive pragmatism towards the Union State, and even the inhibition of integration, the authors nevertheless recognize a strong economic basis for cooperation between the Russian Federation and the Republic of Belarus.

The article does not indicate a direct connection between the well-known events of 2020 and the slide of the Belarusian economy into recession. The pandemic in this regard is a much more significant factor, but with it, Belarus, according to data from the academic collection, lost only 0,9 percent in GDP - few in the world have significantly better indicators.

The authors cite rather alarming data on the growth of the debt burden on the budget of Belarus, and also cite statistics on who and how much loaned the country, starting with Russian banks and ending with the placement of bonds in foreign markets. By the way, they have always tried not to do the latter in Belarus.

But in the end, even taking into account the growth of the national debt by 2,6 percent to $ 17,6 billion, it now barely exceeds a quarter of Belarus' annual GDP, which is estimated by Kuzmina and Solovyov from IMEMO at $ 60,37 billion. At the same time, their final conclusion regarding the economy of the union republic turns out to be quite reasonable and balanced:

“As a result of measures to support the Belarusian financial system by the Russian Federation, it was possible to minimize the crisis in the economy of Belarus.” 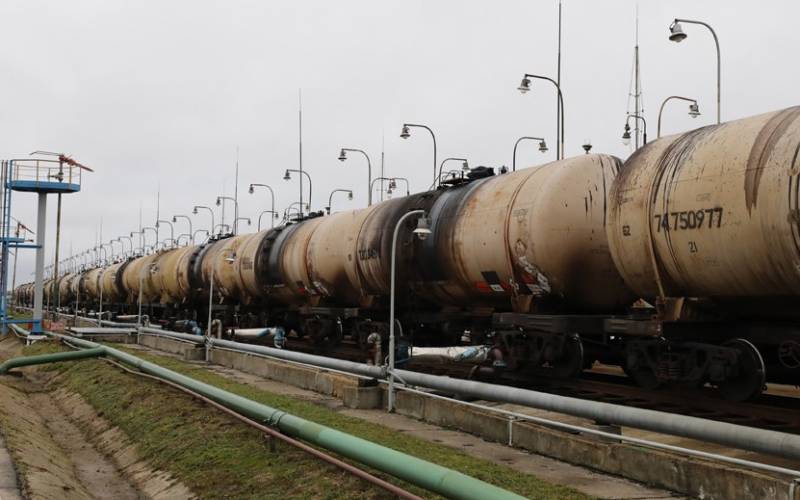 What is the Export Revolution?

The pandemic year has sharply exacerbated in all politicians from Belarus an old but controlled disease for many years - Russophobia. Lukashenka’s opponents didn’t even suffer from it; rather, they recruited means of subsistence at her expense, it must be admitted that it was by no means comfortable.

And not only, they also recruited political whists, but mostly not inside the country, but outside it. But the Belarusian leader, clearly realizing that this would help him stay in power, in the year of either the fifth or the sixth elections for himself, went for something that he simply did not allow himself before.

So, in 2020, the "dad" suddenly sharply tightened anti-Russian rhetoric. No, something like this has happened before. Kuzmina and Solovyov recalled how in 2015 Lukashenko was not the first time to smash his older neighbor for excesses in the policy of exporting oil and gas, and at the same time, for some reason, made a reservation about the construction of a Russian airbase in Belarus.

Alexander Grigorievich was reminded in a timely manner that he had personally sanctioned this decision, that you cannot refuse the base, but the sediment remained, and the elections were won. Then almost no problem. The pandemic year was not without problems, although the export of another "color" revolution this time failed.

Continuing the topic of anti-Russian rhetoric, experts who run the sector and the Center for Post-Soviet Studies at IMEMO note that earlier it mainly affected the Russian business elite, or the "liberal get-together" in power. But in 2020, literally everyone got to the full from Lukashenka.

On my own I would add - if only with the exception of the Russian people themselves, more precisely - “all Russians” to whom Lukashenka never ceases to confess his love and ... sympathy. And Belarus, according to the concept adopted in the country back in 2014, in connection with Crimea and Donbass, is a “security donor”.

Yes, the task of Belarus today, as both the Belarusian leader and his political opponents reiterate, is to be a kind of bridge, acting as a mediator in the settlement of conflicts. The bridge, we admit, is not very reliable, but even if so, then what role do all Belarusian politicians assign to “union” Russia?