"Artillery greetings to Russia": a season of large-scale exercises opened in Europe 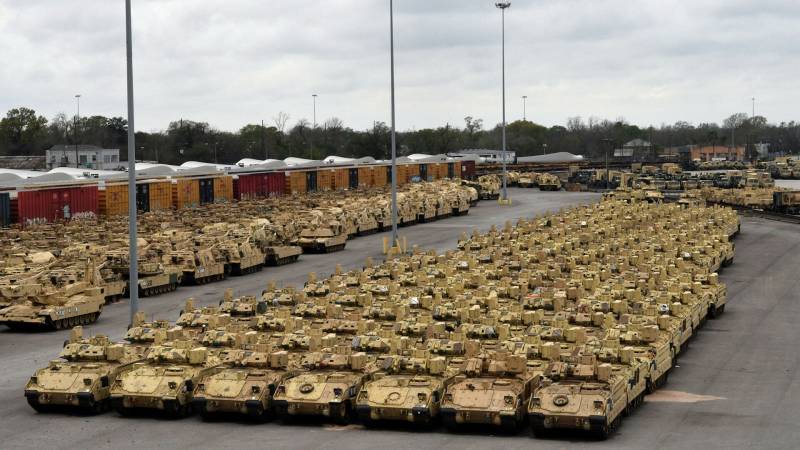 The soldiers are training

No one in their right mind would declare military maneuvers as a practice of offensive actions of the army against a particular power. So NATO, led by the United States, Defender Europe 2021 was called an exclusively defensive exercise. But troops cannot be constantly on the defensive. The times of positional battles of the First World War are long gone. The era of motors, nuclear weapons and high mobility. Even the Wehrmacht, retreating under the blows of the Red Army, managed to snap very well. Therefore, NATO generals are cunning when characterizing Defender Europe 2021 as defensive exercises. Any defense provides for a counter-offensive against the enemy exhausted in the attack. And the defensive strategy of the current Defender Europe is no exception. 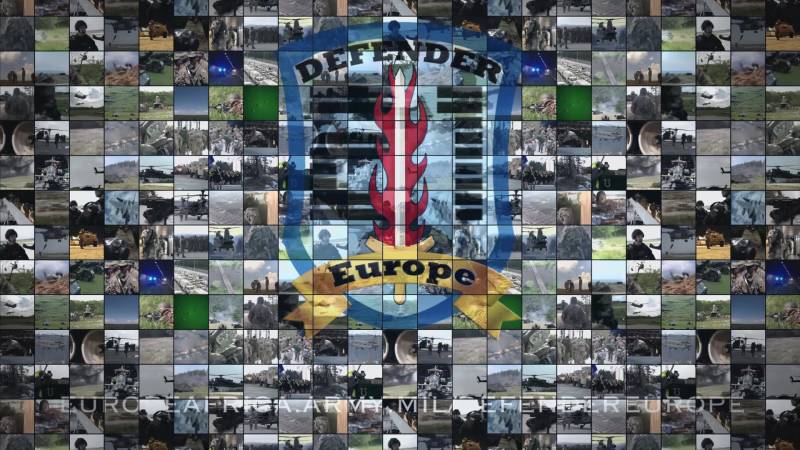 Source: cdn.dvidshub.net
NATO's military maneuvers in Europe in May are not exceptional.

Defender Europe takes place every year and brings together several dozen member countries of the Alliance with sympathizers under its banners. This year, Armenia (a member of the CSTO) nearly ended up on the list, but at the end of April hastily announced its withdrawal from the exercise program.

Military maneuvers, the scale of which Europe did not know for more than 25 years, are taking place on the territory of 16 states. NATO prudently excluded the territory of Ukraine from their number, but Kiev nevertheless sent the military to the exercises. Traditionally, the combined forces include subdivisions of Moldova and Georgia.

The Pentagon alone from the continental United States is deploying about 1200 pieces of military equipment. The American destroyer USS Thomas Hudner (DDG-116) and the missile cruiser USS Monterey (СG-61) will appear in the Black Sea.

Large-scale maneuvers carry a definitely provocative message for Russia. The NATO bloc is pulling together an impressive arsenal and tens of thousands of soldiers to the western borders of the country. Who will give a 100% guarantee that this armada will not immediately go over to the offensive?

As if making excuses, the leaders of the exercises talk about the complete openness of the maneuvers. NATO spokesman Oana Lungescu reassures:

"We are completely transparent about what we do and all countries have the right to train their troops."

However, when asked about inviting Russian and Chinese observers, Lungesku tactfully avoids answering.

Meanwhile, at such large exercises, where the number of military personnel exceeds 13 thousand, according to the Vienna Document of 2011, the presence of foreign observers is mandatory. The current Defender Europe includes from 28 to 30 thousand people, and Russia had the right to wait for an invitation for observers. But NATO strategists acted wisely - the exercises were split into several relatively small maneuvers, in each of which fewer than 13 thousand soldiers "fight".

"No more than 9 thousand servicemen will take part in the exercises at one time."

Such is the graceful scheme for bypassing legal subtleties. 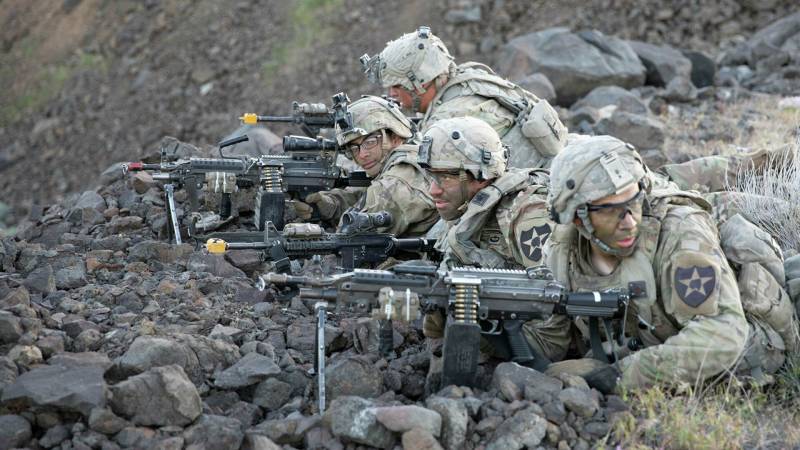 Photo: US. Army / Sgt. Gustavo olgiati
Defender Europe 2021 will run from early May to mid-June and will consist of four parts at once.

Until mid-May, Swift Response maneuvers will take place, including airborne operations in Estonia, Bulgaria and Romania. The Europeans generously seasoned the landing with rocket artillery fire.

In general, at Defender Europe 2021, special attention is paid to the artillery component. This indicates the preparation of large-scale operations against ground armies. Previously, most of the exercises had a clearly expressed anti-terrorist character - no one fired at the squares from the MLRS. Now, the red line through all the exercises runs an unambiguous thesis about "artillery greetings for Russia." So NATO members provide the defensive nature of Defender Europe.
Just a few days ago, the Immediate Response exercise started, under the auspices of which there will be firing at 31 ranges in 12 different countries and the practice of amphibious assault landing. By the way, the landing is very difficult to characterize as a purely defensive maneuver.

The Americans play an important role here. They will actually inspect the combat skills of military personnel in countries such as Bosnia and Herzegovina and Croatia. From overseas, National Guard fighters and the 53rd Infantry Brigade Combat Group arrived in the Balkans to participate in Immediate Response. At the end of May, the maneuvers will end quite solemnly - in honor of the 30th anniversary of the creation of the Croatian Armed Forces, large artillery fires are scheduled.

In total, at least 5 thousand servicemen will be involved in this part of the exercise.

When considering the complex structure of the all-European exercise Defender Europe 2021, the main thing is not to get confused.

In addition to the Immediate Response and Swift Response described above, Saber Guardian maneuvers are scheduled for late May - early June. More than 13 thousand fighters will gather here to practice anti-aircraft and anti-missile defense. The program also includes training in medical evacuation and artillery firing again. And this, in addition to the Astral Knight exercises (May 13-22), focused on repelling the air aggression of a potential enemy. Battlefield of maneuvers - Italy, Greece, Slovenia and Croatia. 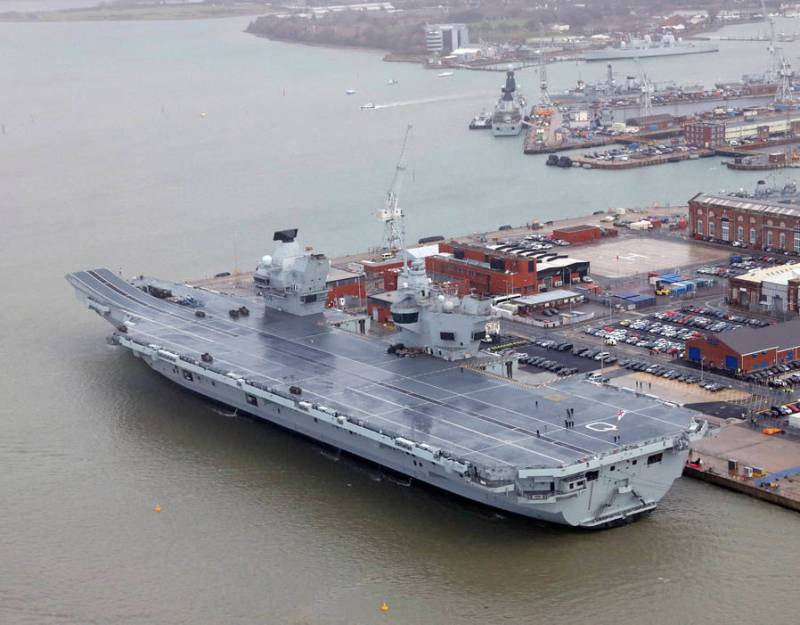 Aircraft carrier Queen Elizabeth. Source: bmpd.livejournal.com
But that's not all.

Regardless of the main program of Defender Europe 2021, exercises Steadfast Defender and African Lion will begin at the end of May.

While the Defender Europe 2021 exercise was initiated and planned primarily by the United States, Steadfast Defender is already a purely European initiative. Such a kind of manifesto of one's own independence. The exercises involved about five thousand fighters, two "independent" powers - Sweden and Finland, 20 warships led by Queen Elizabeth and as many as 40 aircraft. During the Steadfast Defender, maneuvers are planned in the Atlantic, southern Germany and the Black Sea.

The African Lion exercise is planned away from the main theaters of war in Morocco. These peripheral maneuvers do not stand out in any way, although there will be about 5000 troops from 24 countries participating in them. Such a wide list of invitees suggests that the exercises will be based on practicing effective interaction in various combat situations.

Romania will be the nominal host of the Sea Shield 2021 naval exercise with 18 ships, 10 aircraft and nearly 2,5 personnel.

Domestic experts point to the completely offensive nature of the scenarios developed for the entire series of exercises Defender Europe 2021. Perhaps, only the practice of evacuating the wounded from the battlefield can hardly be called a defensive operation. In all other cases, military equipment with personnel is quickly deployed and immediately goes over to the offensive. Naturally, in most cases in the direction of mainland Russia, the Kaliningrad region and Belarus. We need nerves of iron not to perceive such "multi-domain" operations as a real offensive. Moreover, there is not a single observer in the camp of a potential enemy.

The exercises take place mainly on the territories of countries that do not have special military potential - in particular, Bosnia and Herzegovina, Croatia and Estonia. The armies of these states, in the event of a real war, will have to live in a matter of days and the level of training is not particularly important here.

But precise coordination of offensive actions in relation to the terrain looks very attractive for NATO. And here neither the third wave of COVID-19, raging in Europe, nor the gigantic costs of the exercises themselves are an obstacle. After all, there is a crisis in the world, and the Europeans and the Americans are spending hundreds of millions on military maneuvers. Breaking records for the scale of the exercises.

According to plans, in mid-June, the final part of Defender Europe 2021 will be a command post exercise, after which the American contingent will go home across the Atlantic. And in case of the most optimistic outcome - "artillery greetings for Russia" will be taken with them.