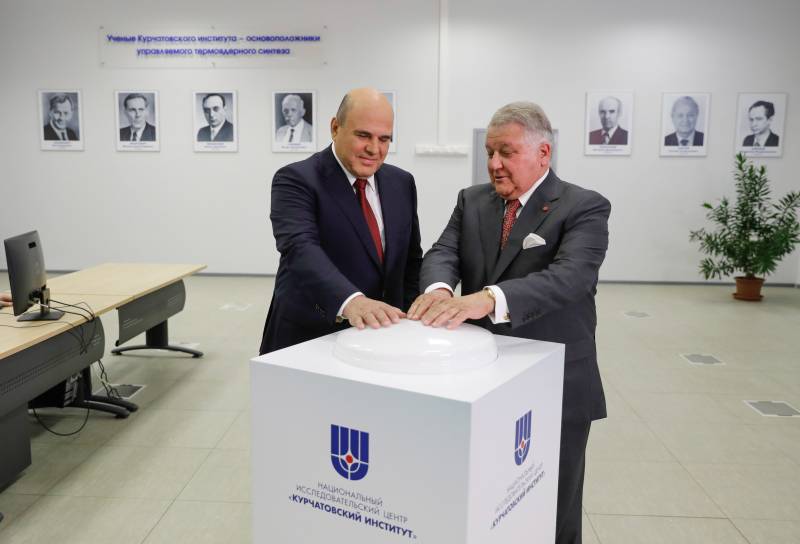 The Kurchatov Institute performed the physical launch of a deeply modernized hybrid thermonuclear reactor T-15MD. The experimental setup is intended for research and development of promising technologies, which can then be used in domestic and international projects.

The launch of the mega-installation T-15MD, built at the NRC "Kurchatov Institute", took place on May 18. In view of the high importance of this project, the launch was carried out as part of a solemn ceremony with the participation of Prime Minister Mikhail Mishustin, Minister of Education and Science Valery Falkov and other officials. The guests were entrusted with pressing the symbolic start button.

According to the prime minister, the T-15MD reactor is evidence of the high technological level of our country. Its launch was a huge event not only for Russia, but for the whole world. Also M. Mishustin noted that the creation of a new reliable and powerful source of energy will contribute to the further development of a lot of industries. 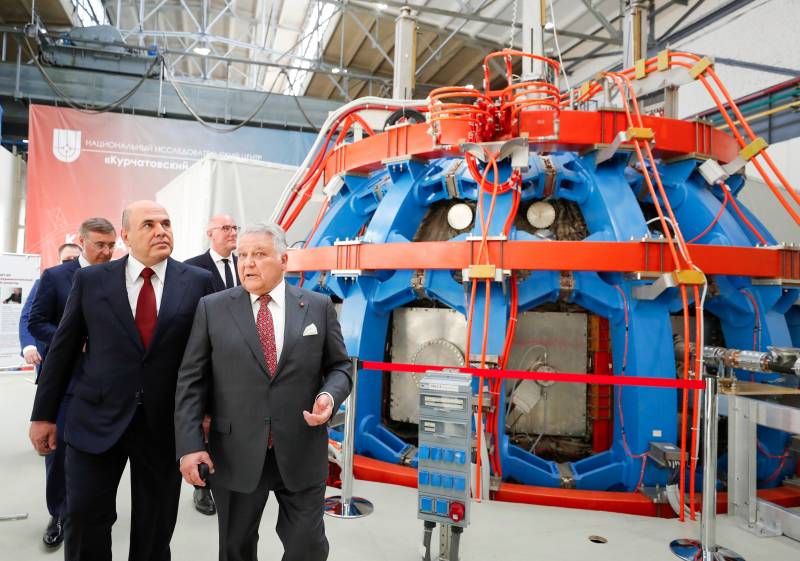 President of the Kurchatov Institute Mikhail Kovalchuk said that Russian science is capable of further researching thermonuclear energy. This requires the modernization of the research and production base. In the past, our country was able to implement such projects without foreign assistance, independently producing all the necessary products and components.

The leadership of the international thermonuclear project ITER watched the launch of the T-15MD via video link. CEO Bernard Bigot thanked the Russian government for the great help from our ITER unit. The Russian industry, in turn, received gratitude for the high quality of technologies implemented in the common project.

The T-15 toroidal plasma magnetic confinement facility was built at the Kurchatov Institute in the late 10s. In its manufacture, the existing designs of the T-1988M reactor were used. Since 15, various plasma confinement experiments have been carried out on the new T-XNUMX facility. At that time, the Soviet installation was one of the largest and most powerful in the world. 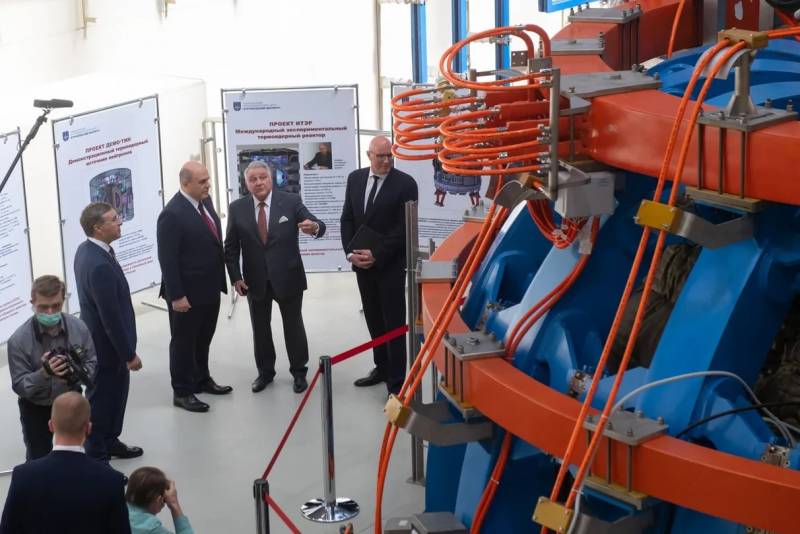 Despite all the difficulties of that period, regular research was carried out until the mid-nineties. In 1996-98. the mega-unit T-15 underwent the first modernization. The design of the reactor was finalized, and the program for future research was also adjusted. Now the installation was planned to be used to test solutions and ideas proposed for implementation in the international project ITER.

In 2012, the T-15 reactor was temporarily decommissioned in connection with plans for a deep modernization. As part of this project, the tokamak was supposed to receive a new electromagnetic system, a new vacuum chamber, etc. The increased energy requirements were to be met by a new power supply system. In fact, it was about a radical restructuring of the existing installation with the replacement of all key systems.

The main modernization of the reactor under the T-15MD project was completed last year, after which commissioning work began. Recently, the update process was successfully completed - and a physical launch took place. At the same time, the process of developing the scientific and technical base does not stop. In April it became known that in 2021-24. the existing tokamak will be supplemented with new systems for various purposes. 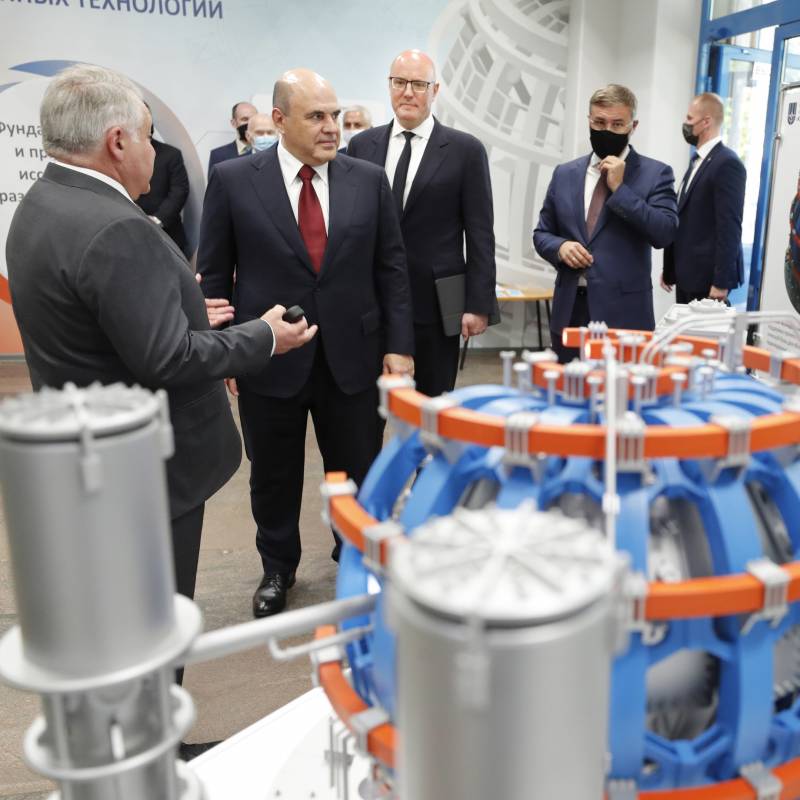 During the modernization, the T-15MD reactor received a number of new systems, but its general architecture and operating principles did not undergo fundamental changes. As before, the tokamak must create and maintain a plasma filament using a magnetic field. The reactor forms a filament with an aspect ratio of 2,2 and a plasma current of 2 MA in a magnetic field of 2 T. Continuous operation duration - up to 30 s.

Modernization 2021-24 will take place in two stages. As part of the first, three fast atom injectors with a total power of 15 MW and five 6 MW gyrotrons will be installed on the T-5MD. Then, a system of lower hybrid heating and maintaining the plasma current will be introduced, as well as an ion-cyclotron heating system with a capacity of 4 and 6 MW, respectively. 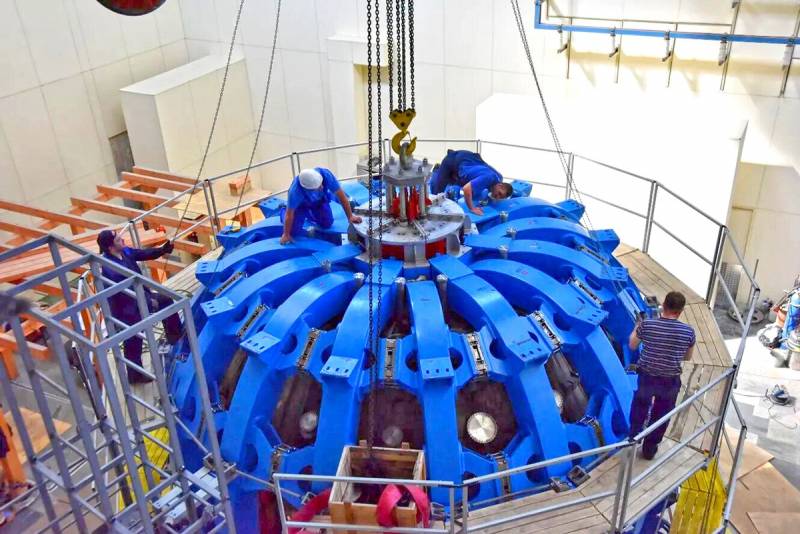 As a result of the modernization, the reactor became hybrid. In special compartments in the so-called. the blanket is proposed to place nuclear fuel - thorium-232 is used as it. During the operation of the reactor, the fuel must delay the high-energy neutron flux emanating from the cord. In this case, thorium-232 is transmuted into uranium-233.

The resulting isotope can be used as fuel for nuclear power plants. In this role, it is not inferior to traditional uranium-235, but it compares favorably with a shorter half-life of waste. Additional advantages are associated with the fact that thorium is more abundant in the earth's crust and is significantly cheaper than uranium.

In theory, a hybrid tokamak can also be used to transmute high-level waste. Uranium-238 or other components of spent nuclear fuel can be converted to other isotopes, incl. for the production of new fuel assemblies. Another use case for a hybrid plant is to build a power plant. In this case, a coolant must circulate in the blanket, which ensures the transfer of energy to the generator. 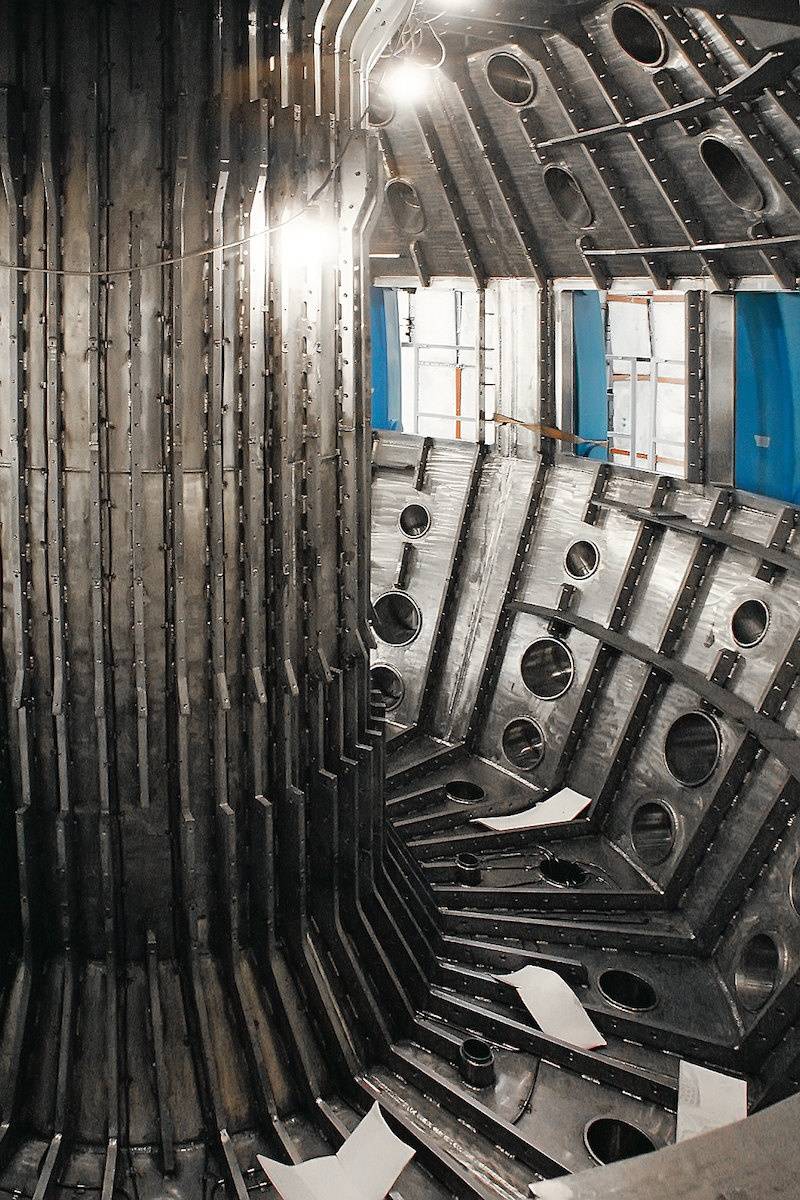 Thus, the developed and implemented appearance of the hybrid reactor allows solving several problems at once. It can be used for power generation, as well as for the release of nuclear fuel or waste treatment. Scientists have to confirm the reality of such operation of the reactor, as well as determine its real performance, incl. economic.

The main design decisions of the tokamak and the principles of its operation are well studied and worked out. This makes it possible to design new, more efficient reactors, as well as conduct experiments with an eye to obtaining real technical, energy and economic results. These are the tasks that can be solved with the help of the modernized hybrid mega-installation T-15MD.

The physical start-up of the new reactor took place, but its full and full-scale operation will become possible only in 2024, when the manufacturing and installation of new systems are completed. This means that in the middle of the decade there will be experiments that will provide the necessary information. It will make it possible to determine the most profitable ways of developing the entire direction, not only within the framework of Russian science, but also in the international ITER program.

Thus, our scientists receive the most modern scientific equipment, and with it the opportunity to continue bold experiments with an eye to the future. It is quite possible that this time new research will end with the desired results, thanks to which mankind will receive a fundamentally new source of energy, and Russia will once again show the highest potential of its science.