"Once upon a time we also had a caliber of 130 mm": in Romania about the serial production of the A-192M cannon in Russia 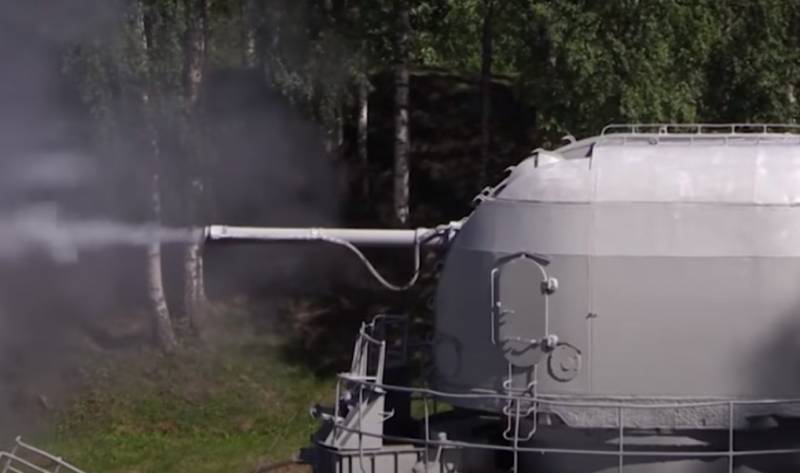 The new Russian 130mm A-192M shipborne artillery system was declared mature and ready for serial production after several years of testing. This success of the defense industry of the Russian Federation caused nostalgia among the Romanian observer, who recalled the "glorious times" of his army in the past era.

The Russians persistently use this caliber [...] Once upon a time we also had a caliber of 130 mm
- writes Marius Zgureanu on the pages of Romania Military.

Until the end of the 1970s, the Type 59-1 held record firing distances, was one of the best weapons in the world and could direct ammunition to a distance of 37 km when firing with special projectiles.
- explains the author.

Another representative of the 130-mm caliber was the KS-30 cannon, originally developed for launching anti-aircraft missiles, but used as coastal artillery until the 1990s. According to the author, it is possible that it is still in reserve.

Over the past 30 years, the Ministry of Defense has not added anything new, but has withdrawn the 76-mm gun (M82), 130-mm guns, the self-propelled installation Gvozdika / Model1989, as well as the M-30 122 mm cannon and the 98/100 mm howitzer (M -1993), leaving only 152-mm M81 and, probably, M85 survived
- concludes browser.
Ctrl Enter
Noticed oshЫbku Highlight text and press. Ctrl + Enter
We are
130-mm shipborne artillery mount A-192M went into seriesIndependently to confront the challenges of Bucharest Kiev is not able to
Military Reviewin Yandex News
Military Reviewin Google News
41 comment
Information
Dear reader, to leave comments on the publication, you must sign in.