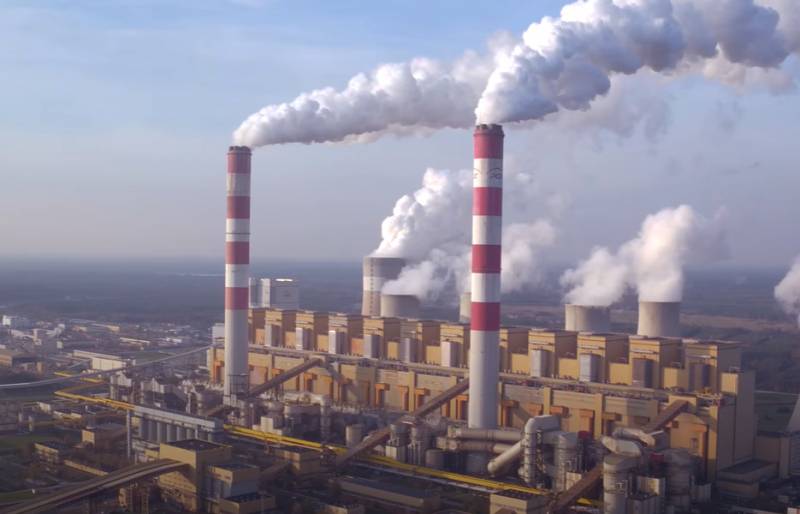 Polish authorities are commenting on the emergency at the country's largest thermal power plant. We are talking about the Rogovetskaya power plant (aka Belkhatovskaya), which was shut down on May 17. The shutdown of the thermal power plant raised questions among the Polish public. The main question was related to the reasons why the operator stopped the operation of the TPP (the station is located in the Lodz Voivodeship).


Today, the Deputy Minister for Climate and Environment of the Polish Republic Piotr Dziadzio made an explanation on this issue. According to an official of the Polish government, the shutdown of the largest thermal power plant in the country occurred as a result of human error.

Polish government official:
There was a drop in frequency due to a power surge in the system. The cause of the accident is human error. We will make every effort to prevent this from happening. Now there is no shortage of capacity, but in the end 3,64 GW of electricity was lost.
Dziadzio confirmed that on Monday all 10 power units of the TPP in Rogovac were shut down.

The station operator, PSE, announced that the country's energy system is currently "balanced", including through the launch of additional generation at other capacities, as well as through supplies from Germany, the Czech Republic and Slovakia.

Today, the Deputy Minister for Climate and Environment of Poland, during a speech in the country's parliament, said that Poland remains a major exporter of electricity, which sometimes leads to "an oversupply of energy in internal networks." According to him, this can lead to overvoltage in the network and power outages.

Meanwhile, Polish experts believe that there have been no major investments in the Polish energy system for a long time, as a result of which it is malfunctioning.

In this regard, it remains only to wonder how it happened that Poland has not yet started talking about the notorious "Russian trace", which has recently become customary to explain any miscalculations and incidents on the territory of Europe ...
Ctrl Enter
Noticed oshЫbku Highlight text and press. Ctrl + Enter
We are
Ukrainian power plants stop. All hope for ... Moscow!Reports from the militia of New Russia for 17 September 2014 of the year
Military Reviewin Yandex News
Military Reviewin Google News
60 comments
Information
Dear reader, to leave comments on the publication, you must sign in.