UAVs with wheels. In the USA, they are practicing the launch of UAVs from cars 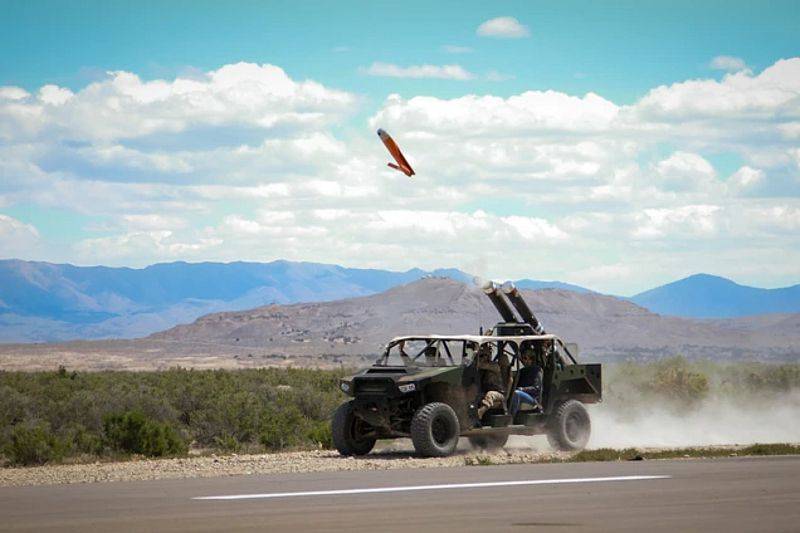 Unmanned systems continue to improve. Local conflicts in recent years clearly demonstrate the importance of using flying drones. The fighting in Syria and the war in Nagorno-Karabakh prove the effectiveness of UAVs for solving reconnaissance and strike missions.


The latest conflict between Israel and Palestine is also not complete without the use of unmanned systems. Obviously, the Israeli military is using its own UAVs for reconnaissance and additional reconnaissance of targets for subsequent missile attacks on targets located in the Gaza Strip.

One of the leading countries in the development, production and application of unmanned aerial vehicles aviation the United States remains for many years. Currently, the US Army possesses the entire spectrum of UAVs, from small tactical reconnaissance vehicles to attack drones and RQ-4 Global Hawk strategic reconnaissance aircraft that periodically appear at Russian borders.

In the United States experimenting with launchers for drone

Experiments with launchers for light tactical drones are currently ongoing in the United States. Not so long ago, the US military conducted tests, the purpose of which was to launch the small-sized Agile-Launch Tactically Integrated Unmanned System drone, known as ALTIUS, from the base of an ultralight tactical vehicle.

A light multi-purpose all-wheel drive vehicle DAGOR with a 4x4 wheel arrangement was used as a carrier of the drones. At least a number of such combat vehicles were previously in trial operation as part of the American 82nd Airborne Division. 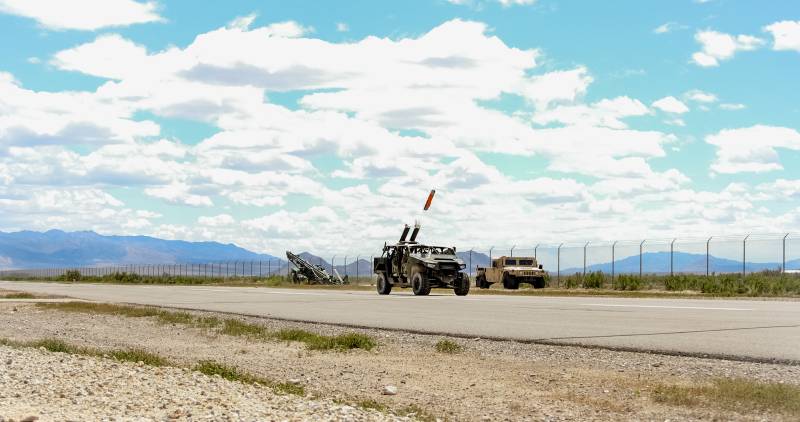 At the same time, the launch of a small drone ALTIUS from an army vehicle was demonstrated to the public for the first time.

These photos were published in early May 2021 in an account directly associated with the US Army. At the same time, earlier the Area-I company, which is developing unmanned aerial vehicles ALTIUS, published materials where it was possible to consider a similar two-tube launcher, but based on a civilian pickup truck. According to representatives of the Area-I company, similar tests, but with wheeled civilian vehicles, have been carried out for about a year.

The military conducted the latest tests as part of the large-scale exercises Edge 21, which took place at the Dagway training ground in Utah. Experimental demonstration exercises in a desert area demonstrated the capabilities of various innovations and technologies that the US military expects to use for effective action in the future. 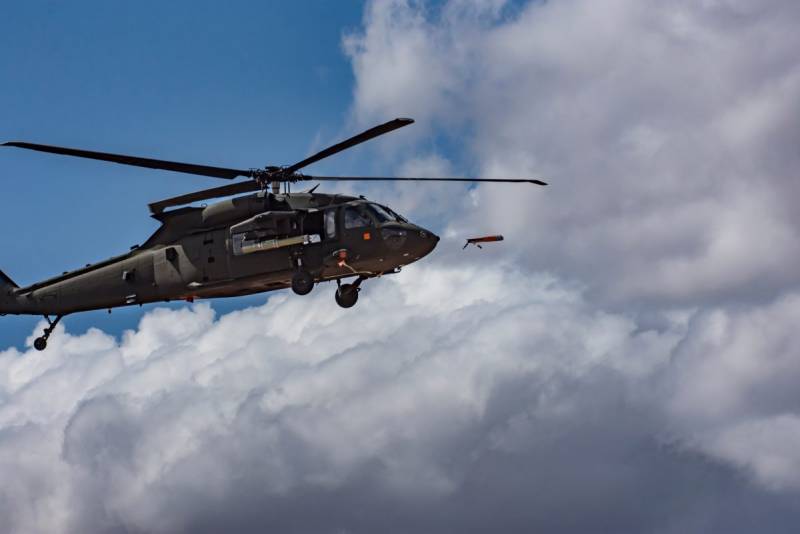 Launch of an ALTIUS-600 drone from a UH-60 Black Hawk helicopter, photo: areai.com
The use in the future of a significant number of small, vehicle-launched drones will allow the American army to significantly expand its capabilities for solving various kinds of missions. From reconnaissance and electronic warfare to the operational launch of kamikaze drones for attacks on ground targets, including the possibility of combining them into a swarm.

At the same time, Area-I really has plans and opportunities to turn its compact ALTIUS-600 drone into a loitering munition. This UAV, according to the journalists of the American edition of The Drive, may be a candidate for a new family of army multipurpose unmanned aerial vehicles.

A version of this UAV in the form of a loitering munition may overlap with the US research and development program for small cruise missiles LCCM. In any case, the chance of placing launchers and drones on a wheeled chassis, even for light vehicles, can significantly increase the capabilities of tactical units. Including their situational awareness of enemy actions, reconnaissance and strike resources.

Opportunities of the UAV ALTIUS-600

In the demonstrated footage of the launch of drones from the DAGOR military multi-purpose vehicle, American journalists identified the ALTIUS-600 drone, created by the engineers of the Area-I company. According to the assurances of the developer company, this UAV can be effectively launched from a helicopter, aircraft or from ground (sea) launchers. 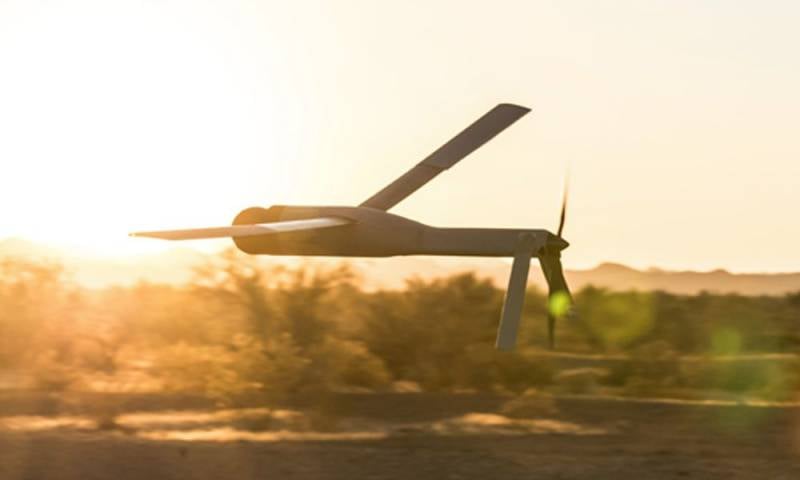 UAV ALTIUS-600, photo: areai.com
The pneumatic integrated launch system and placement in launch containers resembling enlarged tubes provides an autonomous UAV with a quick launch and readiness to work in a matter of minutes. The entire ALTIUS line is modular drones with a replaceable nose. This solution provides a wide variety of available payload and combat missions.

According to the assurances of the developers, the ALTIUS-600 unmanned aerial vehicle is able to stay in the sky for more than four hours, solving various combat missions. It is possible that all drones in the series received a hybrid propulsion system with a pushing propeller, providing the vehicles with improved endurance and longer flight duration. The maximum flight range for the ALTIUS-600 model is declared at 440 km.

The DAGOR 4x4 multipurpose light all-wheel drive vehicle, from which drone launches were carried out as part of the Edge 21 exercises, has not yet become massive in the American army. As the journalists of the online edition of The Drive write, the car has every chance to remain a piece goods. The development of the defense company Polaris, according to American journalists, is losing in the Infantry Squad Vehicle (ISV) competition, which is supposed to give the army a new light all-terrain vehicle.

DAGOR has been developed and manufactured by Polaris since 2014. This army vehicle was originally created to provide maximum mobility to units of light infantry, special forces and expeditionary forces. The machine is ideal for operations in the desert, as well as in areas where maximum flotation is required.

Multipurpose light vehicle DAGOR, photo: military.polaris.com
The developers sacrificed the car's armor in favor of speed and agility. The case is as simple and maintainable as possible, made like a buggy. Despite the relatively small dimensions: length - 4520 mm, width - 1880 mm, height - 1840 mm, the car is able to transport up to 9 infantrymen with weapons. With a curb weight of two tons, the carrying capacity of the cross-country vehicle is 1814 kg. When fully loaded, the car is able to cover up to 805 km.

The car also features a modular design that allows it to be used in a wide variety of missions. Large payload and good towing capacity (up to 2950 kg) allow DAGOR to be used to accommodate various weapons systems: large-caliber machine guns, automatic grenade launchers, ATGMs, or used to transport artillery systems.

As the latest exercises have shown, this base can easily become a wheeled launcher for ALTIUS unmanned aerial vehicles.