Equipment on the platform K-4386 "Typhoon-K" and its prospects 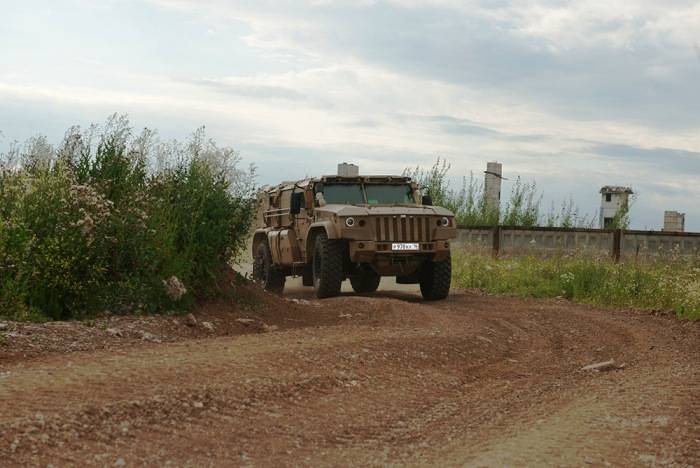 Currently, several promising armored vehicles for various purposes from the Typhoon-K family are at different stages of testing. In the near future, the necessary measures will be completed, and the new equipment will enter service with the ground and airborne forces, as well as special forces.

Armored car for the landing

About a year ago, the project of the K-4386 Typhoon-VDV armored car, developed by the Remdizel enterprise, moved to a new stage, which later contributed to the regular appearance of certain News... In early May 2020, the Ministry of Defense announced the expected completion of the project. In the near future, it was planned to begin state tests of experimental equipment, according to the results of which a decision was to appear on adoption.

On the eve of the Army-2020 forum, in August last year, the development organization spoke about the recent completion of the state tests of the K-4386. The launch of serial production was expected. The deliveries of armored vehicles could have begun as early as last year. Later, in October, some details of the tests were revealed. 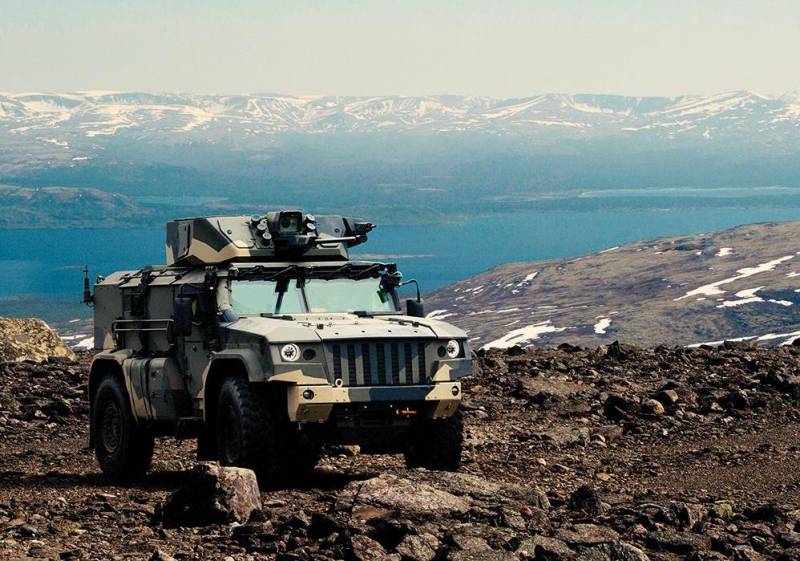 "Typhoon-VDV" with a cannon combat module. Photo "Remdizel"
On May 2, 2021, the Ministry of Defense announced that the Typhoon-Airborne Forces were being tested in the airborne troops. These activities have entered their final phase, and based on their results, plans for the future will be drawn up. They will determine the possibility of adopting the armored car for service and set the delivery time for the equipment.

On Victory Day, several K-4386 armored cars took part in parades in Moscow and Nizhny Novgorod. Apparently, experimental or pre-production equipment participating in military trials entered the mechanized column. It can be assumed that serial Typhoons-Airborne Forces will participate in the parades next year.

On the basis of the K-4386 armored car, the Typhoon-PVO air defense combat vehicle was created. It retains a unified body and other units, but has different target equipment and weapons. Such an armored car is offered as a protected transport for anti-aircraft gunners of the ground forces or airborne forces, which is why it carries an installation with a large-caliber machine gun and several MANPADS. The project was developed by the Izhevsk Electromechanical Plant Kupol. 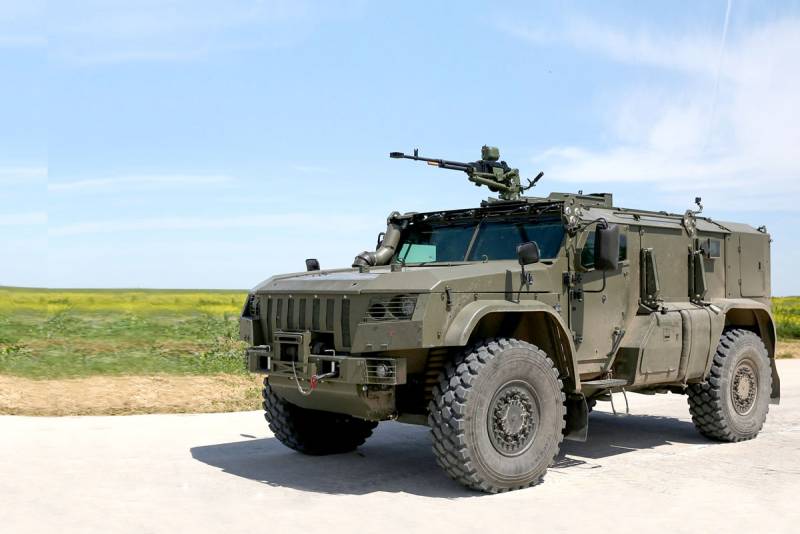 Typhoon-Air Defense. Photo of the Ministry of Defense of the Russian Federation
The anti-aircraft modification of the Typhoon was demonstrated during the Army Games in 2019, and at the Army-2020 it was shown in an open exhibition and at shooting. Then, in October, such equipment was again involved in shooting practice, this time during maneuvers at the Kapustin Yar training ground.

In January 2021, IEMZ Kupol announced that development work on Typhoon-Air Defense would be completed in the third quarter of this year. Preparations for future serial production have already begun.

In early April, it was announced that Typhoon-Air Defense would take part in the parade on Red Square for the first time. Soon after, training began, and on May 9, the new equipment passed through Moscow as part of a mechanized column. 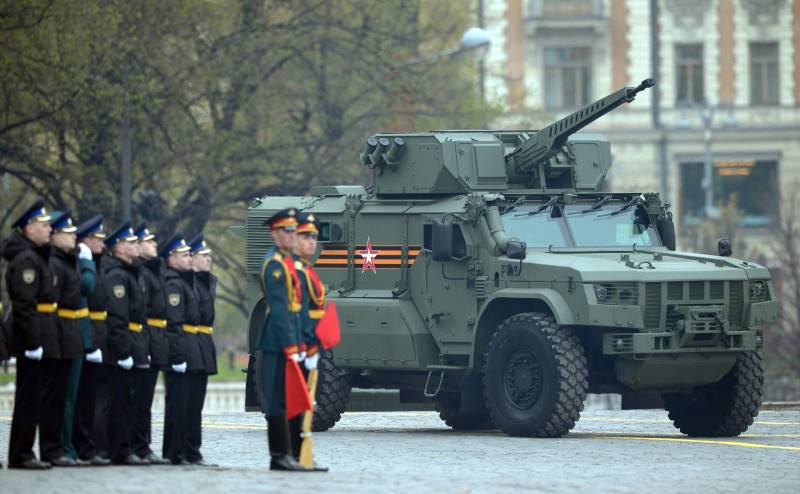 Typhoon-VDV at the parade in Moscow, May 9, 2021. Photo by AP RF
No new reports on the progress of design work, tests or other activities have yet been received. At the same time, the known information from Kupol suggests that the situation will change in the coming months. News about the Typhoon-Air Defense will start coming in on a regular basis, and then we can expect reports of acceptance into service and the launch of the series.

Also, on the basis of the K-4386 "Typhoon-K" armored car, a promising self-propelled mortar 2S41 "Drok" was created. A new set of equipment and weapons for such a sample was developed by the Nizhny Novgorod Central Research Institute "Burevestnik" as part of a larger project to create advanced mobile artillery systems.

In the recent past, the organization-developer has repeatedly shown models of "Gorse" at domestic exhibitions. For the first time, a full-fledged prototype was shown at the Army-2020 in an open exposition. Firing capabilities were not demonstrated. 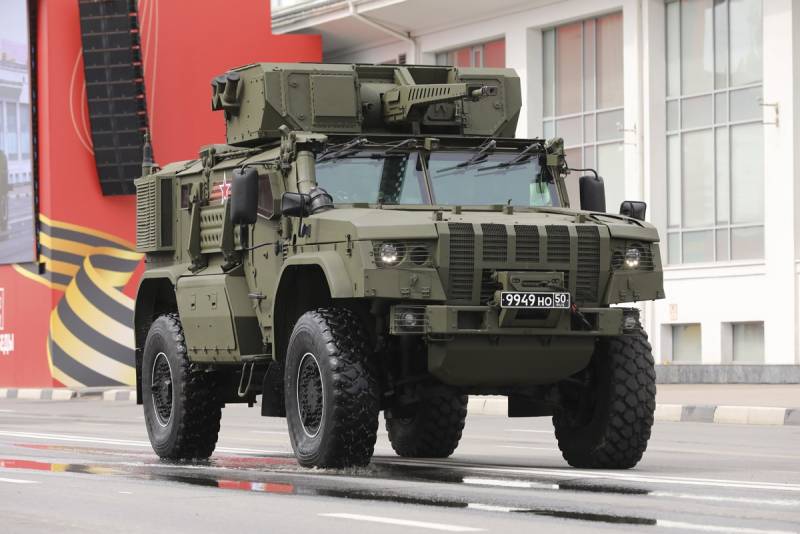 It is known that a promising self-propelled mortar is currently undergoing the necessary tests. Details of these events have not yet been announced. Also, even the approximate dates of their completion and the arrival of the Drok product into service remain unknown. Perhaps data of this kind will be announced in the near future.

To date, not only the K-4386 armored car with wide capabilities has been created, but also a number of specialized combat vehicles based on it. Now they are undergoing the necessary tests, and in the near future it is expected to be put into service with subsequent deliveries of equipment to the troops. It is expected that vehicles of all models will positively affect the capabilities of army units. 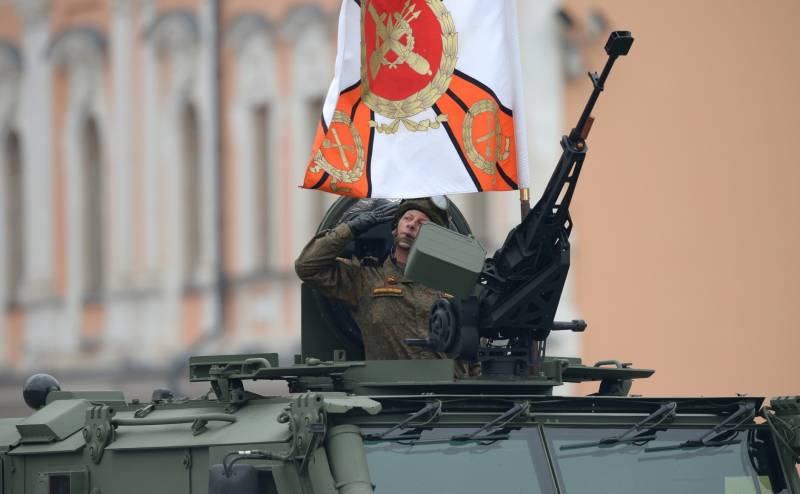 Shooter and weapon Typhoon-Air Defense. Photo by AP RF
K-4386 is a four-wheel drive two-axle armored vehicle, built according to the hull scheme. The hull is made of metal armor with ceramic elements, which provides 4th level of protection against bullets and fragments according to OTT and 3rd class of mine protection - up to 4 kg under the bottom. The single internal volume of the cockpit accommodates seven energy-absorbing crew seats.

The armored car is equipped with a domestic diesel engine with a capacity of 350 hp. with automatic transmission. With a total weight of 13,5 tons, the car is capable of reaching a speed of 130 km / h. Overcoming obstacles was ensured, incl. ford. The armored car complies with the restrictions of the military transport aviation and is suitable for parachute landing.

An important feature of the two-axle Typhoon-K is a solid reserve of carrying capacity and strength, which makes it possible to install various combat modules on it. This opportunity has already been used, resulting in an anti-aircraft modification, "Typhoon-VDV" with a cannon-machine gun module and "Drok" with a mortar installation. Perhaps in the future there will be new modifications with different equipment. 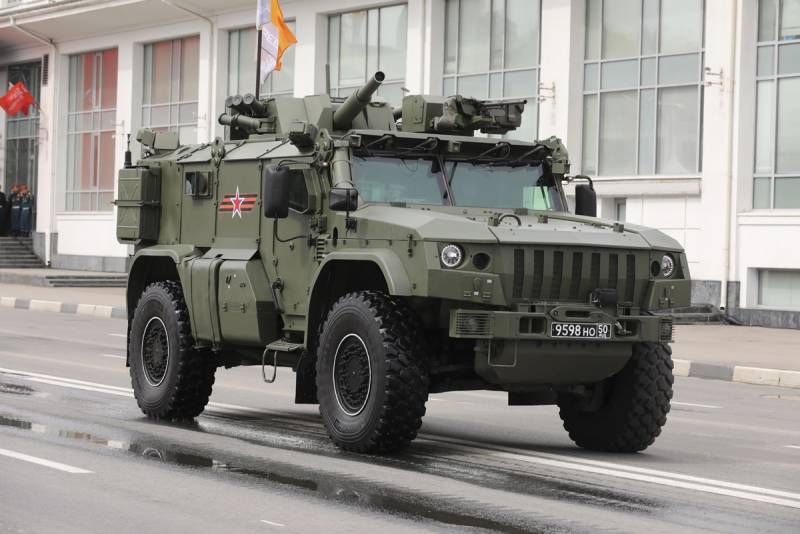 Mortar 2S41 "Drok" in Nizhny Novgorod. Photo of the Ministry of Defense of the Russian Federation

Thus, thanks to the K-4386 project, a modern multipurpose protected platform with wide capabilities and high characteristics appeared at the disposal of our army. It can be used as an armored infantry vehicle or as a carrier of combat modules and weapons. All of these features are already being used in several projects.

K-4386 and modifications are at different stages of testing. Among the specialized models, the modification for the Airborne Forces has advanced the farthest: in the near future, the issue of its adoption into service will be decided. Then in the troops it will be possible to wait for an air defense vehicle and a self-propelled mortar. The emergence of new projects is not excluded.

In general, the Typhoon-K family has advanced quite far, and the processes of its development inspire optimism. Obviously, new messages about the progress of current projects - and about the successful bringing of samples to acceptance into service - will appear in the near future. And then, for example, at the Army-2021 forum, they can announce new developments that will have to further reveal the potential of the basic platform.