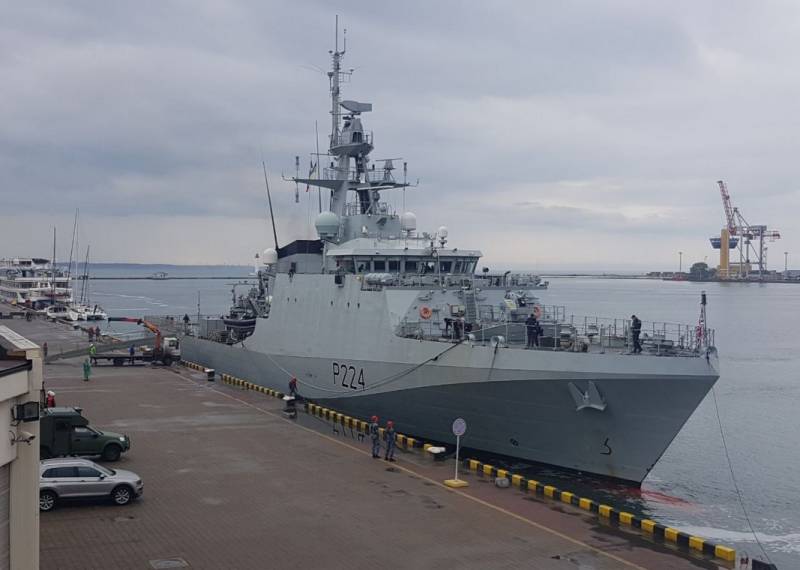 OPV "Trent" (P224) patrol ship of the Royal River Batch 2 class fleet Great Britain today, May 18, arrived at the port of Odessa. This was reported by the press service of the Ministry of Defense of Ukraine.


According to the report, a British patrol ship docked at one of the berths of the Odessa seaport. According to preliminary data, OPV "Trent" will stay in Odessa until June 4. During this time, he will take part in joint naval exercises in the Ukrainian Navy. Rather, training of Ukrainian sailors will be held on board a British ship. In addition, the Ukrainian Navy is planning a joint PASSEX-type exercise at sea.

As the Ukrainian media write, covering the visit of the "Briton" to Odessa, it is this ship that will control the situation in the Azov and Black Seas against the background of the aggravation of the situation in connection with the "aggression of Russia". Before him, the situation was "controlled" by the US Coast Guard ship Hamilton, which recently left the Black Sea.

The headquarters of the Black Sea Fleet previously reported that this ship does not pose any threat, but it will still be monitored by the forces and means of the fleet.