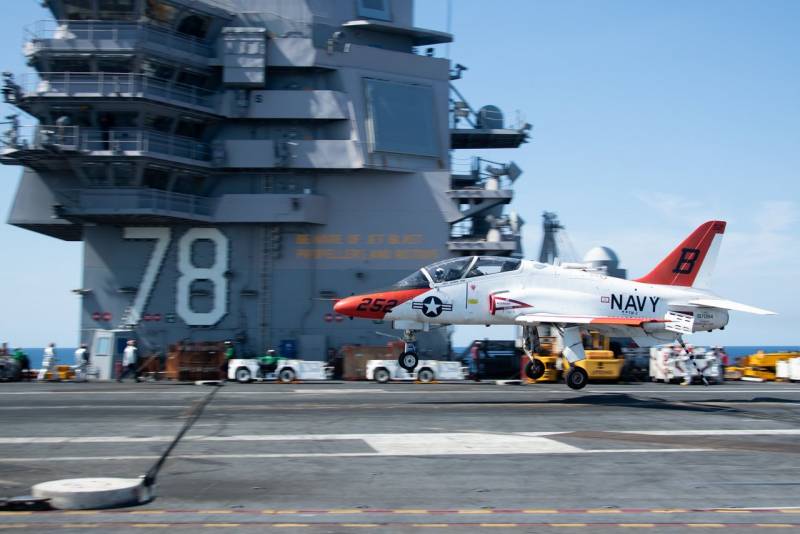 Two US Navy T-45 Goshawk trainers collided mid-air, one of which crashed. This is reported by The Drive portal with reference to the US Navy Air Force Training Center.


According to the report, the collision occurred on May 17, 9 miles from Kingsville Air Force Base in Texas, where training aircraft for training deck pilots are based. aviation... Both aircraft were on a training flight, the reasons for the collision were not reported.

One of the "Hawks" crashed, the instructor and cadet managed to leave the cockpit and land, the second plane landed at the airbase with minor damage. At the same time, it is specified that one of the pilots of the crashed plane was taken to hospital.

The fact of the crash of one of the planes is confirmed by the post of the Pilot Training Center (Chief of Naval Air Training) on ​​Twitter.

Both aircraft are from the 22nd Training Squadron (VT-22), which is part of the Second Air Wing. T-45 Goshawk ("Hawk") - training carrier-based aircraft developed by Boeing, created on the basis of the British Hawker Siddeley Hawk. Used to train pilots for the F / A-18 Super Hornet, EA-18G Growler, AV-8B Harrier II, E-2 Hawkeye and C-2A Greyhound communities.

Ctrl Enter
Noticed oshЫbku Highlight text and press. Ctrl + Enter
We are
15 unidentified people in a camper trying to break into the territory of Kingsville Air Base (USA)The accidents of military aircraft in Russia over the past 10 years
Military Reviewin Yandex News
Military Reviewin Google News
38 comments
Information
Dear reader, to leave comments on the publication, you must sign in.