Due to judicial restrictions, Medvedchuk will not be able to participate in the political life of Ukraine 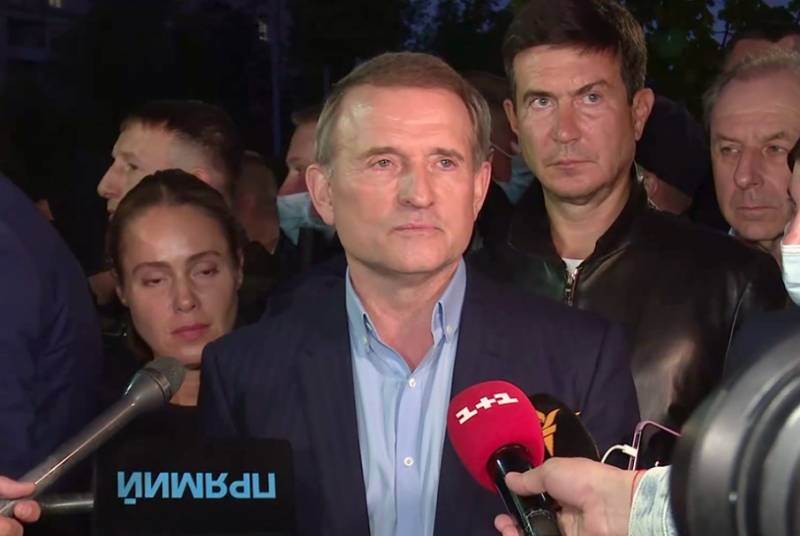 If he is under house arrest, then he will not be able to participate in the hall of the Verkhovna Rada, because this would be a violation of the conditions of the restrictions adopted by the court.
- said Razumkov.

The speaker found it difficult to answer the question of how Medvedchuk will be able to participate in the activities of the parliamentary committee for human rights, de-occupation and reintegration of the so-called "occupied territories", which he is a member of. At the same time, Razumkov added that the leader of the HLS will be able to perform all other duties not related to his presence in the Verkhovna Rada, if the court allows him to do so.

Thus, it turns out that due to judicial restrictions, Medvedchuk will not be able to participate in the political life of Ukraine for some time.


On May 11, the Prosecutor General's Office of Ukraine presented suspicions of treason and an attempt to steal state resources to the Ukrainian opposition politician Viktor Medvedchuk. Two days later, an electronic bracelet was put on him, his passport was taken away and he was placed under house arrest around the clock.