"For operations in the mountains": Special helicopter squadrons will be created in the Southern Military District 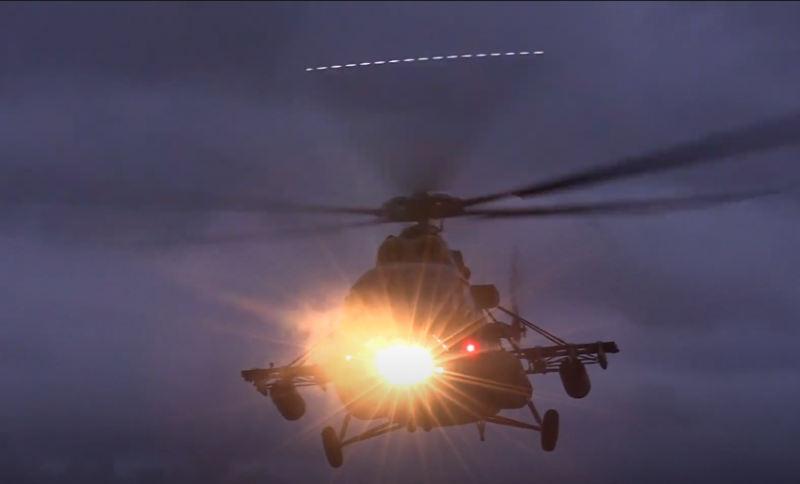 Several squadrons of the army will be created in the Southern Military District. aviation for actions in the mountains, including at night. The squadrons will be armed with both transport and attack helicopters.

According to "News", which citing sources in the military department, the squadrons should be equipped with new helicopters. It is assumed that the Mi-8MTV-5 or Mi-8AMTSh "Terminator" will be used as transport vehicles, and the Mi-28NM "Night Hunter" or Ka-52 "Alligator" will be used as drums.

According to the plans of the military, trained crews will be able to operate in mountain conditions, land troops and support them with fire, including at night. At the same time, great attention is paid to night training. The preparations have reportedly already begun.

At the end of last year, it was reported that the Ministry of Defense approved a program for testing the Mi-28NM and Mi-26T2V helicopters at high altitudes in the Elbrus region. Although the Mi-28NM has already been tested in Syria in mountainous conditions, it did not work at high altitudes.
Ctrl Enter
Noticed oshЫbku Highlight text and press. Ctrl + Enter
We are
Reports from the militia of New Russia for 27-28 September 2014 of the yearNew parachute transport helicopters Mi-8MTV-5 have arrived in the Southern Military District
Military Reviewin Yandex News
Military Reviewin Google News
18 comments
Information
Dear reader, to leave comments on the publication, you must sign in.