The radical modernization of the Challenger Mk.2 MBT prepares far from bright prospects for the T-72B3M 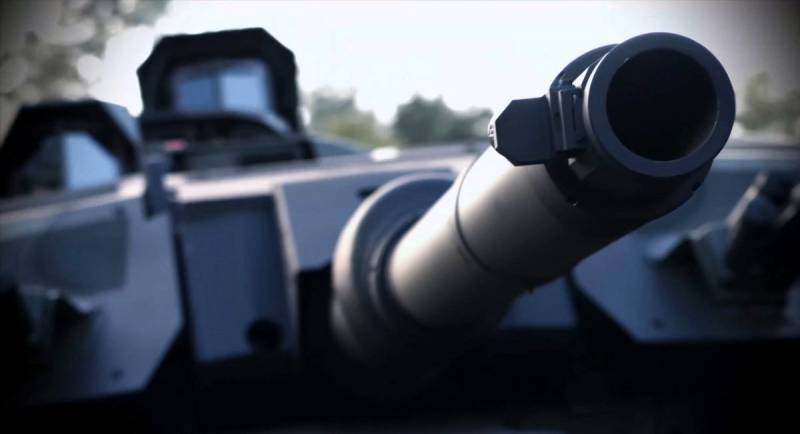 As you know, announced a week earlier in Whitehall, the conclusion of a contract with the joint German-British company Rheinmetall BAE Systems Land for the deep modernization of 148 main combat tanks The Challenger Mk.2 before the Mk.3 modification was greeted with a flurry of ironic comments from the Military Review audience.


Most of it remained firm in the opinion that even the re-equipment with more advanced German smooth-bore 120-mm guns Rh-120 L55A1, as well as retrofitting with active protection complexes (Israeli Trophy or Iron Fist / "Hetz Durban"), additional modular armor protection frontal projection hulls, promising multispectral optical-electronic sighting systems (including a new panoramic sight) and anti-jamming network-centric terminals for the exchange of tactical information will not provide improved British vehicles with the spectrum of operational and tactical advantages that would pose a significant threat to tank and motorized rifle units of the Ground Forces and the Baltic fleet The Russian Navy at the European conventional theater of operations.

Potential not to be underestimated. Analysis of the fire capabilities and armor protection of the modernized British MBT Challenger Mk.3

Indeed, only 148 modernized MBT Challenger Mk.3 (only 50-80 of which can be transferred to the Baltic operational direction in the event of a large-scale escalation in the European theater of operations), which have retained the well-known "genetic disease" in the form of a huge silhouette (and therefore - and impressive optical signature), are not capable of providing the mechanized units of the NATO Allied Army with dominance in the confrontation with the units of the 1st Guards Tank, 6th Combined Arms, 20th Guards Combined Arms Armies of the Western Military District, as well as tank brigades from the Central and Southern military districts.

Meanwhile, in a dueling situation (with the temporary absence or scarcity of proper artillery and aviation support from the MFA, Army Aviation and Aerospace Forces, as well as support from self-propelled ATGMs "Chrysanthemum-S", "Kornet-D1", due to various operational and tactical circumstances), even a single armored brigade of 54 MBT Challenger Mk.3 (1- I, 12th, or 20th), fully redeployed in the vicinity of the Suwalki corridor, will pose a serious threat, as for the 102nd separate tank battalion of the 79th MRB of the Coastal Forces of the Baltic Fleet of the Russian Navy (stationed in Gusev , Kaliningrad region and has 90 MBT T-72B ar. 1984 and T-72B3 ar. 2016 with sets of DZ "Contact-1/5"), and for tank brigades of the Russian Army, hastily transferred to the Kaliningrad zone A2 / AD from 6th and 20th combined arms armies and equipped with more advanced MBT T-72B3M.

In particular, having more advanced (in comparison with the standard 120-mm rifled guns L30) 120-mm high-ballistic guns Rh-120 L55A1 from the German Rheinmetall with a large maximum allowable (crushed) pressure of powder gases in the bore of about 700 MPa and increased to 1750 m / s (in comparison with 1535 m / s for the British L30A1) initial speed of armor-piercing feathered subcaliber projectiles DM53A1 / 63, promising "Challengers 3" are capable of penetrating armor plates with an equivalent resistance from BOPS kinetic action of about 810-850 mm at distances of 2000 1500 m, while the equivalent durability of the frontal armor plates of the turrets and VLDs of the T-72B3M hulls with 4S22 elements of the Kontakt-5 reactive armor barely reaches 650 and 600 mm, respectively.

Consequently, in a hypothetical tank duel with the Challenger Mk.3, the probability of hitting the T-72B3M in the frontal projection from a distance of up to 3500 m even with the first hit and at safe maneuvering angles of +/- 25 degrees (not to mention shorter distances) remains.

At the same time, the equivalent resistance against BOPS of the frontal armor plates of the welded towers of Challengers 3, which is about 900-950 mm (with 800-850 mm physical dimensions with niches of the Chobham ceramic special armor), provides more than effective protection of crews from practically any domestic BOPSs (including ZBM-44 "Lekalo" and ZBM-60 "Svinets-2" with armor penetration 670 and 780 mm, respectively) used for firing from improved domestic 125-mm tank guns 2A46M5 / -01 installed on MBT T -72B3 / M and T-90M "Breakthrough-3".

As an exception, only promising 125-mm armor-piercing feathered sub-caliber projectiles "Vacuum-1" with tungsten cores and "Vacuum-2" with depleted uranium cores, having armor penetration of 900-950 mm and 1000-1050 mm, respectively, are used by promising tank guns of increased ballistics 2A82M1, which are equipped with promising MBT T-14 "Armata".

The start of deliveries of these machines, as well as promising 125-mm BOPSs of the "Vacuum" family, to combat units of the Armored Forces of the Russian Army, in the most favorable scenario, is planned only at the end of 2022 - beginning of 2023.

And, apparently, in very limited quantities.