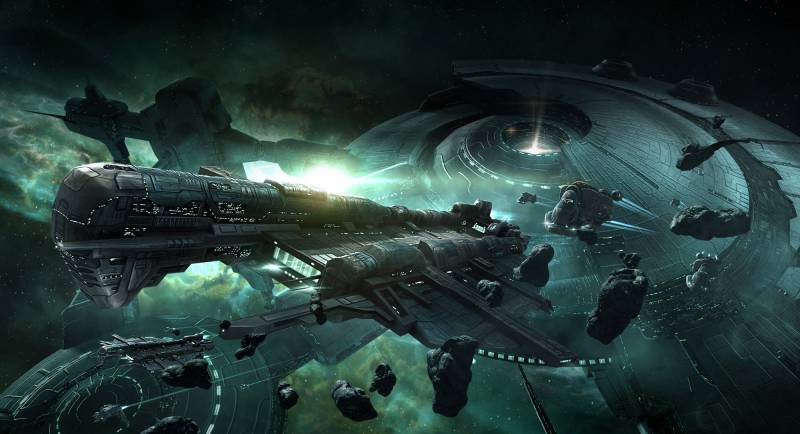 Yes, lately, talk that space is about to become an arena of battles and conflicts has resounded with renewed vigor. Who is stirring up interest in this and why is a very interesting and difficult topic.


In fact, everything is going smoothly and without any special excesses. Calmly the Air Force of Russia became the Aerospace Forces, calmly in the United States created the Space Force. Everyone understands that space is just the space immediately behind the Earth's atmosphere.

And no one is surprised by the information about China's anti-satellite missiles or modifications of the Russian MiG-31, capable of solving problems of destroying objects in Earth orbit.

And some experts seriously believe that the war in space is already underway.

It is clear that the evidence base for this category of speakers is very bad, but there is this: it is believed that the blinding of satellite matrices with the help of lasers, jamming of satellite communications, hacking of systems for listening to telephone conversations, or, in extreme cases, studying the possibilities of hacking satellite systems for reorienting satellites for their own purposes.

In general, yes, jamming of satellite signals by some electronic warfare systems is not something that is possible, it is already a given of our time. The rest is so-so. But the supporters of this theory believe that if there is no direct data indicating the application of an impact on satellites, this does not mean that it does not occur.

A good platform to start with.

And if such forms of intervention in question, despite the fact that there is no direct evidence, nevertheless, they, interventions, can lead to an escalation of conflicts.

Not a bad idea (by the way, it came from the USA), but you can immediately find several weak points in it.

The first is the missiles of the air defense and missile defense systems deployed on Earth. Yes, there are not very many such complexes, but they exist, and there will be development in this direction. Both the Chinese and we are working in this direction, and, naturally, the Americans will not retreat.

The second is anti-satellite missiles deployed on airplanes. Everyone has enough of this weapon. And all these missiles will not be included in the restrictions under the treaty, since they are not space-based at all.

So I don’t know if it’s worth worrying about placing weapons in space if there are more than enough on Earth to sweep anything out of orbit.

On the other hand, spacecraft has long been used for dual (if not triple) purposes. These are satellites capable of both approaching other spacecraft and deactivating them, and representing bombs capable of generating many fragments, which literally riddled in orbit all the vehicles that are in the radius of the fragments.

However, we will talk separately about devices (mainly of ours and American production), because история military spaceships and satellites is quite interesting and lengthy.

In the West, there is an opinion that it is not worthwhile to advocate very strongly for restrictions in terms of prohibiting the use of all suspicious satellites. Moreover, it is very difficult to distinguish a "cunning" satellite from an ordinary one. And not in space to do it.

Many space experts are well aware that international legislation cannot yet prohibit spacecraft, both civilian and military, to approach other satellites or be located near satellites of other countries. This is not regulated by any documents. Perhaps - for now.

It is possible that in the near future it will be possible to expect the appearance of some international rules of space movement in orbit, the main purpose of which will be the ordering of movement in near-earth orbit.

In general, the situation is this: if there is a threat from other spacecraft, then it is worth raising questions about protective actions. Or proactive. And there is only one step from preventive and open hostilities. 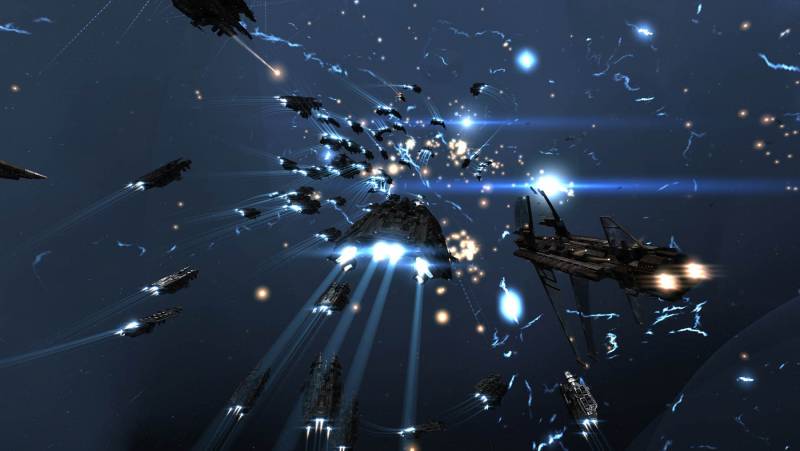 American experts in the field of space interactions believe that in the event of such persecution, the American space forces have every right to destroy all spacecraft that can potentially harm US satellites, for example, during military operations on Earth.

However, such actions, not regulated by international agreements, can be regarded as aggressive. For there is only one step from a preemptive strike to a completely tangible military conflict.

But today, developed countries will not be able to fully participate in military operations without the support of a satellite constellation. Communication, reconnaissance observations, navigation and positioning systems - today all these are quite a weighty component of any conflict.

Therefore, in the United States and its satellites, there is growing serious concern about its orbital constellations of satellites, without which effective command and control of troops and the guidance of precision weapons is not possible today.

Therefore, in the near future, it is quite possible to initiate conversations up to the UN on how the satellites of different countries should behave in orbit and what the safe distance of the divergence of satellites in orbits can be.

And this is better than the constant (since the sixties of the last century) talk about what weapons and in what quantities may appear in orbit.
Let's just look a little further and not in the legal field, but in the practical one. But in practice, the conflict in orbit is not beneficial to anyone. For if one satellite, let's say, uses weapons against another, the devices of other countries in orbit may suffer. From the debris, from the actions of an uncontrolled apparatus.

Chain reaction. In Star Wars, the vehicles and space forces of the affected countries will begin immediate action against the satellites of the provoking country. As a result, most likely, according to the laws of physics, not a single active satellite may remain in orbit. All this was shown very well in the movie "Gravity".

Considering this scenario, one should not risk it, but simply allow the vehicles to operate in orbit without being bound by any regulatory standards and documents. It would be more logical.

And one more question arises. Financial. Satellites cost many billions, and the cost of all spacecraft in low-earth orbit is generally difficult to calculate. In this regard, a conflict in orbit will be very expensive entertainment.

A conflict in orbit will be akin to a nuclear war. In the sense that there will be no winners and everyone, without exception, will get it.

One piece - and an expensive device through which, for example, bank transfers are made, will be disabled. Who will pay for the damage? Disruption of deals?

Of course, we still have a long way to go to showdowns in orbit in the style of “who overtook, how he cut”. However, everything can start with conversations, discussions and adoption of documents.

But even without that, it is unlikely that there will be those who want to complicate their life on Earth by attacking a satellite due to the fact that it has taken a “wrong” position.

True, there is also one nuance in this construction. Countries like North Korea or Iran. Which have the ability to loudly "slam the door" in orbit. These countries also have nuclear warheads, and there are ways to deliver the warheads into orbit. And there, in certain situations, it is quite possible to "beat the pots" that belonged to other countries. Especially those who are pursuing an unfriendly sanctions policy against these countries.

So orbital affairs could bring a lot of tension to the world in the future. A misinterpretation of even intentions can lead to a conflict that will instantly affect the entire orbital constellation of satellites. And here the situation cannot be corrected by any regulations.

Yes, today there is a lot of talk about the fact that there are already many weapons in space. As for the actual militarization of outer space, there are literally a few steps left. Therefore, some countries are seriously beginning to think about the safety of their orbital investments and are creating forces. Which should protect these investments. Business, nothing personal.

Many people ask questions about whether conflicts await us in space, as on Earth, or will space remain peaceful?

The United States seriously believes that it is necessary to prepare for hostilities. That war in space is a matter of time. And the Biden administration is being looked at as those who can take certain steps in this direction.

Everything looks a little paranoid, because no one is going to attack US satellites in orbit yet.

Although publications such as Space.com believe that the three world powers (China, Russia and the United States) have long been fighting for victory in space, and this battle could lead to collisions over the Earth. Naturally, with the projection of the orbital conflict on the Earth.

It is difficult to say how likely this is, taking into account all of the above, but the only thing that can be agreed with is that the 1967 International Space Law is still somewhat outdated. And it should be supplemented.

This does not mean that "traffic controllers" and "policemen" may appear in orbit. We haven’t matured yet technically. But they have grown quite mature in the legal field. And the conflicts that will inevitably appear as the space around the Earth fills more and more densely, it is preferable to solve really through meetings of commissions, rather than military operations in orbit.

Considering how amicably in recent years the countries have run apart from each other in terms of joint space projects, this will be useful.

In general, despite the fact that at least three countries in the world have real opportunities to destroy or disable spacecraft in orbit, there is some confidence that none of these countries will take the path of escalating tensions and militarizing outer space.

However, if someone, having the opportunity, decides to thin out the orbital grouping of another state, I'm afraid no legal documents will stop him. And a "suddenly" broken satellite can do serious things in orbit.

Yes, there is still a long way to go before full-fledged conflicts in near-earth orbit. But not so much as not to think about how all this can be legally formalized.