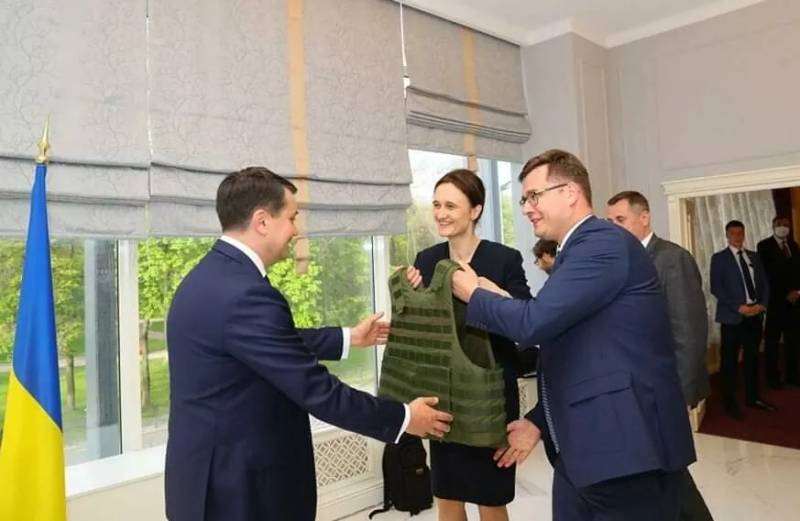 Lithuania does not intend to stop providing military assistance to Ukraine. In order to support Kiev in the military conflict in Donbass, the Ministry of Defense of Lithuania decided to transfer a batch of body armor to the Armed Forces of Ukraine.


The Lithuanian military department is preparing for the transfer of a large batch of body armor to the Ukrainian military, according to preliminary data, approximately for equipping the battalion. Protective equipment should arrive in Ukraine by July 1.

The Lithuanian Seimas confirmed the transfer of protective equipment to the Ukrainian Armed Forces. It is stated that about 700 body armor will be handed over to Kiev.

Note that Lithuania from the very beginning, from 2014, began to provide military assistance to Ukraine, supplying the Armed Forces of Ukraine with small arms weapon and Soviet-caliber ammunition removed from the armament of the Lithuanian army after joining NATO and the transition to Western standards.

Ctrl Enter
Noticed oshЫbku Highlight text and press. Ctrl + Enter
We are
Ex-Prime Minister of Lithuania calls for the construction of the Baltic Defense RingReports from the militia of New Russia for 27-28 September 2014 of the year
Military Reviewin Yandex News
Military Reviewin Google News
58 comments
Ad