"Money down the drain": The United States comments on the decision of the Navy to decommission two littoral ships 10-12 years before the expiration date 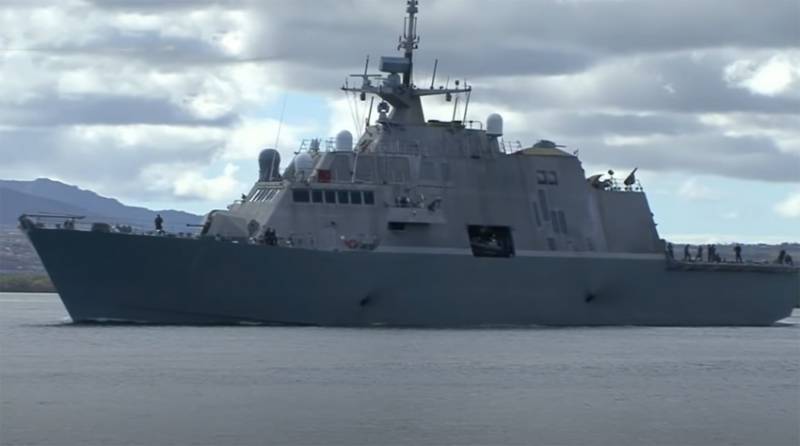 The American press is discussing the state of affairs in the naval forces associated with the coastal zone ships (littoral warships) of the LCS project. 2021 marks the 15th anniversary of the launching of the first of these warships of the US Navy - the ship with the loud name "Freedom" - USS Freedom (LCS-1).


Observer Andrew Dyer writes that in the year of the 15th anniversary, the US Navy command did not decide for what specific purposes these ships with a displacement of about 2,7 thousand tons to use. If initially it was assumed that littoral warships would be used for the global fight against terrorism - for countering, for example, high-speed boats in the coastal zone, now the emphasis has shifted.

Today the US Navy has a new strategy, new missions. More precisely, this is a return to the old strategy: countering the powerful warships of Russia and China.
The American war correspondent notes that at the same time, the US Navy does not fully understand how exactly the ships of the coastal zone can be used against countries with developed military fleets and coastal anti-ship complexes.

The LCS project has been implemented, but the Navy is still trying to figure out what to do with the composition of littoral warships worth about $ 16 billion.
The technical problems of the LCS also raise additional questions. For example, several ships of this series, as the American author points out, suffered breakdowns on the high seas.

From the material in the American press:

Recently it was discovered that the ships have big transmission problems, it needs to be redesigned.
Andrew Dyer:

The San Diego Union Tribune notes that after spending billions of dollars on this project, the command is now going to decommission the first 4 ships of this project. Congress allowed the withdrawal of two ships - USS Independence (LCS-31) will be launched on July 2, and USS Freedom (LCS-30) on September 1. This is despite the fact that the service life of such ships was designated as 25 years. It turns out that the decommissioning of LCS ships from service in the United States is going to be 10 years before the expiration of the service life for USS Freedom and 12 years for USS Independence.

Commenting on this fact, US experts write that the project itself is “money down the drain”.