At the BMP today, everyone goes upstairs because no one wants to go in this “coffin”

January 30 2011
18
How to connect the interests of society, the army and exporters weapons 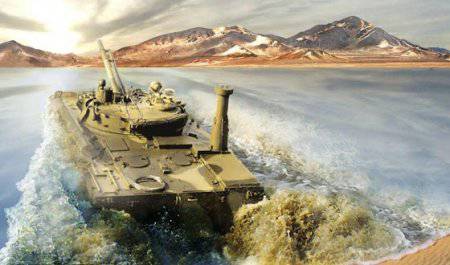 Greece has suspended the conclusion of a contract with Russia for the supply of Athens 420 infantry fighting vehicles BMP-3. The deal, which has been prepared for more than two years and prompted almost 1,5 billion dollars to domestic defense enterprises, has been stuck in suspense. And the reason for this is not the well-known financial problems of one of the EU states (money was set aside for Russian weapons in the budget), and the critical phrase carelessly thrown at a press conference to this car by the Deputy Defense Minister - Chief of Armaments of the Russian Armed Forces, Army General Vladimir Popovkin. He then said the following: “We really need to take care of the soldiers. At the BMP today, everyone goes upstairs, because no one wants to go in this “coffin”. We need to make another car. ”

Greek journalists immediately published this statement in their newspapers. And the opposition made a scandal: how to buy useless military equipment, which even its creators refuse?

Vladimir Popovkin complained not only to BMP, but also to tank The T-90, which Delhi buys from us, to the tank support vehicle, which Rosoboronexport showed last week at the international arms exhibition in Kuala Lumpur and is also exporting it, to other military equipment, from which for one reason or another the army refuses, but which our country promotes for export and actively advertises there. Naturally, such statements by domestic generals have the right to life. Let's say more: the truth about the state of the Russian military-industrial complex, about the processes that are taking place there, about the systemic crisis in it and the inability of its individual leaders, including the government military-industrial commission, to correct the situation, is very important. It helps the public and those in power to identify problem areas, take some drastic measures to correct them. Direct efforts to resolve bottlenecks. In the end, provide the army and navy with that modern military equipment and weapons that will enable them to confidently carry out tasks to protect the country's national interests.

Without an honest and frank conversation with the citizens of Russia, unbiased and interested criticism of the shortcomings of this, it is almost impossible to do this.

But, on the other hand, how can it not harm the same defense enterprises that supply their products not only to the army, but also for export? And from such frankness they begin to lose their implicit advantages in the struggle with competitors for advantageous weapon orders on the world market. From this contradiction there are only two ways out. Turn into the role of losers and lose export orders, accept this or dramatically improve the quality and effectiveness of the weapons being created, reduce their price, the non-production costs that are laid in each product, strive to be at the cutting edge of technical and technological progress, get rid of dependency and the senseless expectations of those who will come and give everything, teach everything.

A new combat vehicle really need to do. But our army already has to buy sniper rifles from the British and Finns, landing ships from the French, from them the same night sights for tank guns, drones from Israelis, light and durable armor from the Germans. Already there have been conversations that armored personnel carriers will buy from the Italians. The international division of labor in the defense industry is a good thing. It brings our country closer to the recent "potential adversaries", but it may soon happen that we, too, will not be able to do nuclear submarines and strategic missiles ourselves. And nobody will sell them to us. And Russia’s national security will have to be remembered as a long-forgotten past.