The Yenisei radar has been put into service. New opportunities for air defense missile defense 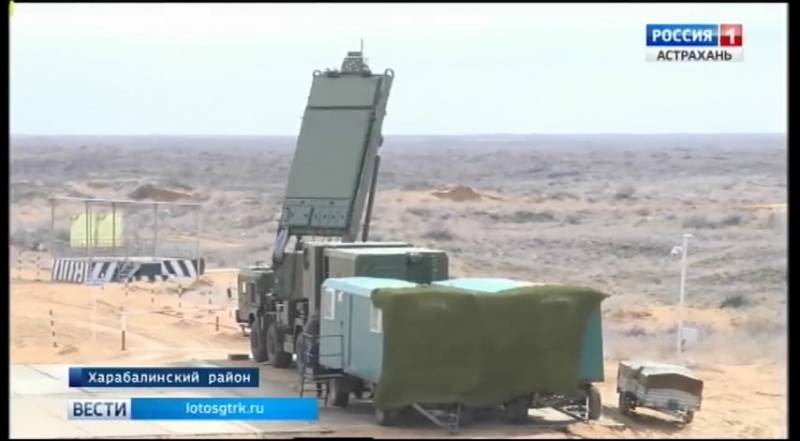 Radar station "Yenisei" during the exercises in 2018

The Russian army has adopted a promising multifunctional radar station "Yenisei". Due to its high performance and new capabilities, this product will be able to increase the overall potential of air defense. In addition, in the near future, this radar will become part of the S-500 anti-aircraft missile system.

Not too much is known about the promising Yenisei radar station. There are only fragmentary official reports, information from unnamed sources and various assessments. This allows you to draw up a rough picture and understand the general prospects of the project, but it imposes certain limitations.

The first open reports about the development work of the Yenisei date back to the mid-tenths. This ROC was mentioned in the annual reports of enterprises from the Almaz-Antey VKO Concern. According to these documents, in 2014 Lianozovsky Electromechanical Plant completed the stages of development of working design documentation. No details were provided, however.

In April 2018, the Russia 1 TV channel broadcast a report on an air defense exercise at the Ashuluk training ground. In the lens of the TV camera, a number of already familiar samples were put into service. In addition, for the first time openly showed and named the promising radar "Yenisei". Also revealed the main characteristics of this product, but without unnecessary details. 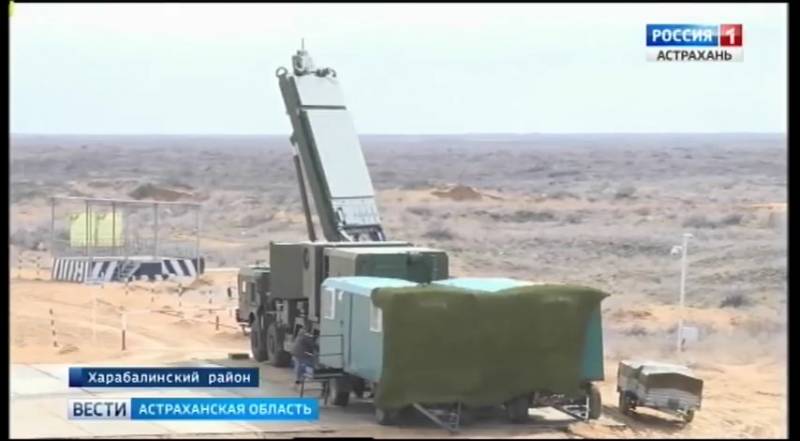 Finally, on May 13, 2021, Gazeta.ru, citing its sources in the military-industrial complex, reports that the Yenisei has been adopted by the air defense and missile defense forces of the aerospace forces. The issues of organizing serial production and the supply of new equipment in part have not yet been disclosed. At the same time, some technical details are given and the prospects for a new development are revealed.

The appearance of the new radar has so far been demonstrated only once, in a report in 2018, the station was shown in working position along with other components of the radar complex. The shooting was carried out only from one angle, but this also allows us to consider the main features of the product.

Outwardly, the new Yenisei radar resembles the well-known 96L6E All-Altitude Detector station. It is also built on the MZKT four-axle chassis and has a similar layout. A full-turn antenna device and a container with equipment are located on the cargo platform. Moreover, the two stations even outwardly differ from each other - they use different antennas. During the 2018 exercise, two van trailers of unclear purpose were located next to the radar station. It is not known whether they are included in the set of station equipment.

The Yenisei is equipped with an active phased antenna array. In the stowed position, it is laid horizontally above the cab. When deployed, the AFAR rises to the required angle. Antenna device can rotate to provide all-round visibility or work in a given sector 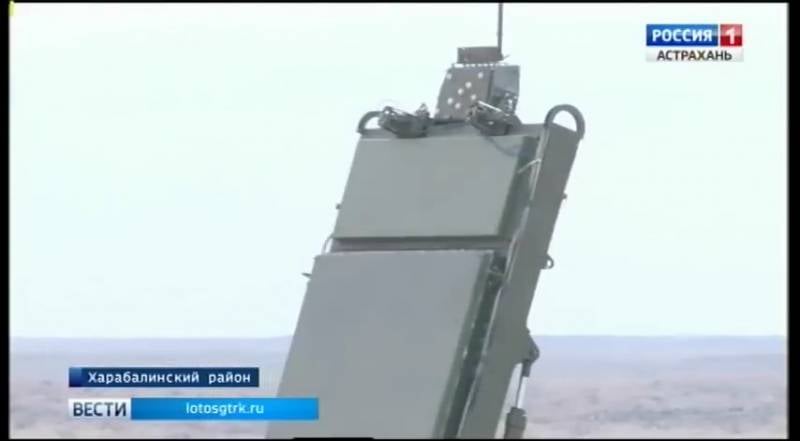 The antenna device is larger
Externally, the AFAR "Yenisei" is similar to the devices from the 96L6E, but there are significant differences. So, the main antenna web is divided into two sections of different sizes, at the top there is an additional block of unknown purpose, and the lower part is equipped not with an open array antenna, but with closed blocks. All this makes it possible to distinguish between two modern types of radar.

According to known data, the Yenisei radar is a multifunctional system capable of detecting and tracking aerodynamic and ballistic targets at ranges up to 600 km and altitudes up to 100 km. Target data is issued to the command post for further use by other air defense components. It is reported that there are several modes of operation with different capabilities.

The main mode is radar with the transmission of sounding signals. High performance range and detection accuracy are declared. It also provides resistance to electronic warfare. At the same time, new technical solutions improve the accuracy of target designation in the presence of interference.

A passive mode is provided, in which the radar operates on the principle of an electronic reconnaissance station. In this case, "Yenisei" receives and processes other people's signals, but does not betray itself by its own radiation. In this mode, it remains possible to issue target designation to air defense fire weapons. 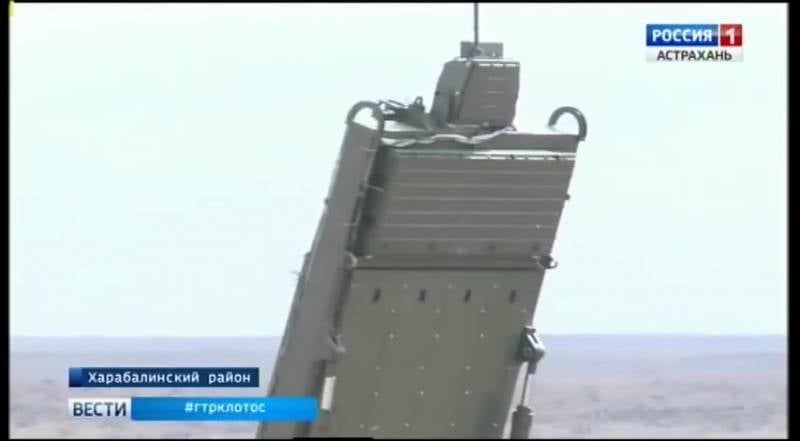 Back side of AFAR
Unlike the All-Altitude Detector, the new Yenisei can operate not only in a circular view, but also in a narrow sector. Due to this, an increase in characteristics in the detection of ballistic targets is provided. In addition, long-term combat duty operation is ensured, exceeding the capabilities of older systems.

All modern domestic radars operate in an automatic mode, due to which the maximum speed of the station and the air defense system as a whole is achieved, as well as the load on the calculations is reduced. The new Yenisei is no exception and includes high-performance computing facilities.

In 2018, the Yenisei station was used during the exercises of the air defense and missile defense forces. Together with other radars, this product provided the operation of the S-400 anti-aircraft missile systems. It follows from this that Yenisei is compatible with modern complexes and can supplement their standard equipment, increasing the general characteristics.

It was also reported that the Yenisei will become part of the promising S-500 Triumfator / Prometheus air defense system. Again, we are talking about the use of several radars for different purposes, between which the tasks of searching for various targets with certain characteristics will be divided. In such a system, "Yenisei" can become the main means of searching for air targets and target designation. 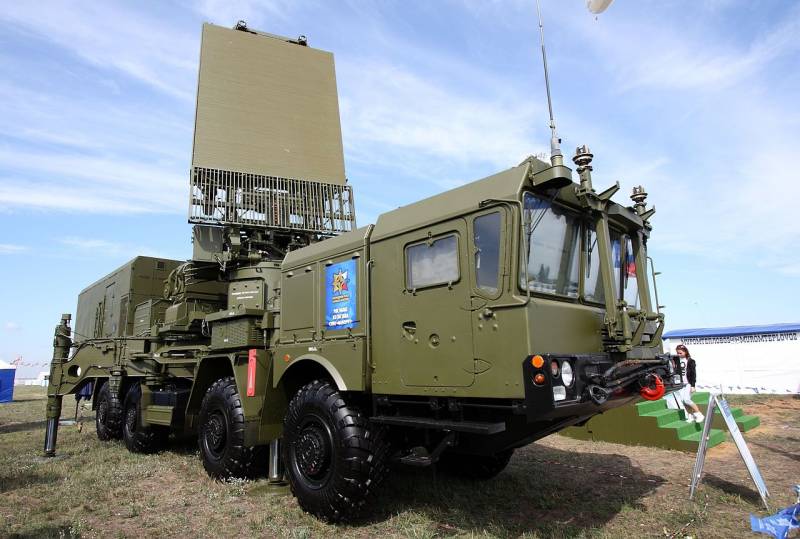 Station 96L6E "All-Altitude Detector"
From the available data, it follows that the new radar has important advantages over existing models. Thus, the standard long-range detection station 91N6E from the S-400 air defense system has a detection range of up to 570 km (for large targets), and the 96L6E product monitors objects at ranges of up to 300-400 km at altitudes up to 100 km. It is easy to see that the Yenisei, with a range of 600 km and an altitude of 100 km, is capable of replacing both of these models. The increased performance and other features of this station will allow such a replacement without losses.

It is obvious that the introduction of "Yenisei" in the troops will not be associated with serious difficulties. The ability of such a radar to work as part of existing anti-aircraft systems has been confirmed by tests and exercises. Accordingly, serial stations, expected in the near future, can be immediately included in the S-400 and put on duty.

The situation with the S-500 complex also gives reasons for optimism. Earlier it was reported that the design and development of all its components have been successfully completed. This year, the first contract for the construction and delivery of the Triumphant to the troops is expected. Together with new missiles, launchers, etc. the army can also order the Yenisei radar stations. The timing of the deployment of the S-500 on duty is still unknown, but the prospects for the new radar in this context are quite understandable.

Thus, the process of creating new electronic systems for the air and missile defense forces does not stop. A new Yenisei station has been created, which now has to go into large series and go into full operation. It should be expected that the appearance of such a sample, which is distinguished by high characteristics and wide capabilities, will have a positive effect on both existing and promising anti-aircraft systems.

In addition, we can count on the fact that now the army and industry will disclose detailed information about the new domestic development. It is possible that the currently available data and estimates do not fully correspond to the real state of affairs - and Yenisei is more effective than it is believed.