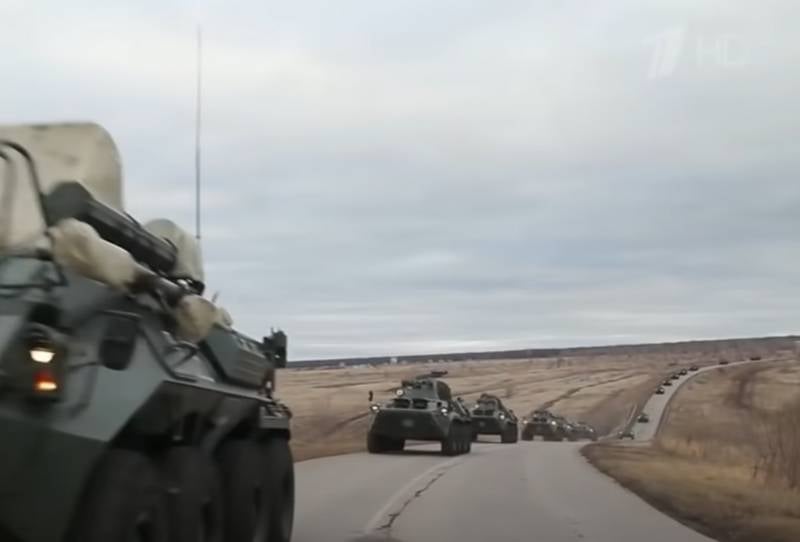 The presidents of Russia and Turkey, Vladimir Putin and Recep Erdogan, discussed by phone the next escalation of the Palestinian-Israeli conflict, the largest in the last 7 years. Ankara was the initiator of the conversation.


The Arab-Israeli "knot" has dragged on too tightly over the years of confrontation, which is why at the moment there are no simple solutions that would satisfy the parties, or at least give a certain compromise. Ankara understands this very well and draws strong players into a profitable business. More precisely, they are trying to draw in.

During the phone call, something happened that was expected from the very beginning of a new round of the war in the Middle East - the question of bringing in peacekeepers was raised. President Erdogan expressed gratitude for the position of the Ministry of Foreign Affairs of the Russian Federation voiced at the international platform, which expressed its commitment to legality, UN acts and the principles of respect for human rights and freedoms.

The Turkish leader separately stressed that he finds deep satisfaction in the fact that the positions of Russia and Turkey on the issue under consideration fundamentally coincide. Although it should be noted that quite transparent hints about a neutral attitude to the conflict are coming from the Russian Federation, and the position is strictly unambiguous - concern about bloodshed and nothing more. As a result, they agreed that the issue of peacekeepers for the protection of civilians will be submitted to the UN Security Council.

The progress of the telephone conversations is reported by the Haber channel and the Turkish press, whose broadcasts and publications have caused a heated discussion. Some readers of the Turkish media directly say that Turkey and Russia should intervene in the conflict, but there is no trust in the UN and the United States.

It is characteristic that, in general, the Turkish media also remain neutral, advocating an improvement in Ankara's relations with Israel (in the absence of an “irritation factor” in the form of Prime Minister Benjamin Netanyahu), and ordinary citizens of the republic categorically reject any form of relationship with the Israeli state.

UN must strike at Israel
- writes one of the commentators, without specifying what kind of blow from the UN he is referring to. Sanctioned? Military?..

The UN is a place where only the wind has been blowing for more than 70 years, who will strike?
- Memo user replies to the previous commentator.

Alas, this organization will not solve anything, the chances are zero.
- MMTE is sure.

If this is so, then another, real organization of the united nations should be created, led by Turkey and Russia. May they establish peace and influence in the region
- suggested the Turks with the nickname Citizen.

We have survived, and we already rely on Christians to defend Palestine and Jerusalem. From Muslims all over the world - silence. Turkey was left alone in the Islamic world
- the user "From Sivas" writes disappointedly.

It would be necessary to bring peacekeepers from Turkey and Russia to the Gaza Strip and Jerusalem, there is no trust in the UN
- suggested Camille.

It should be recalled that Israel and Hamas continue military confrontation for days in a row. At the same time, his parties do not want to hear anything about the de-escalation of the conflict. Against this background, in a number of cities in Israel, including Jerusalem, the situation is tense - clashes continue between representatives of the local population of different nationalities and religions.