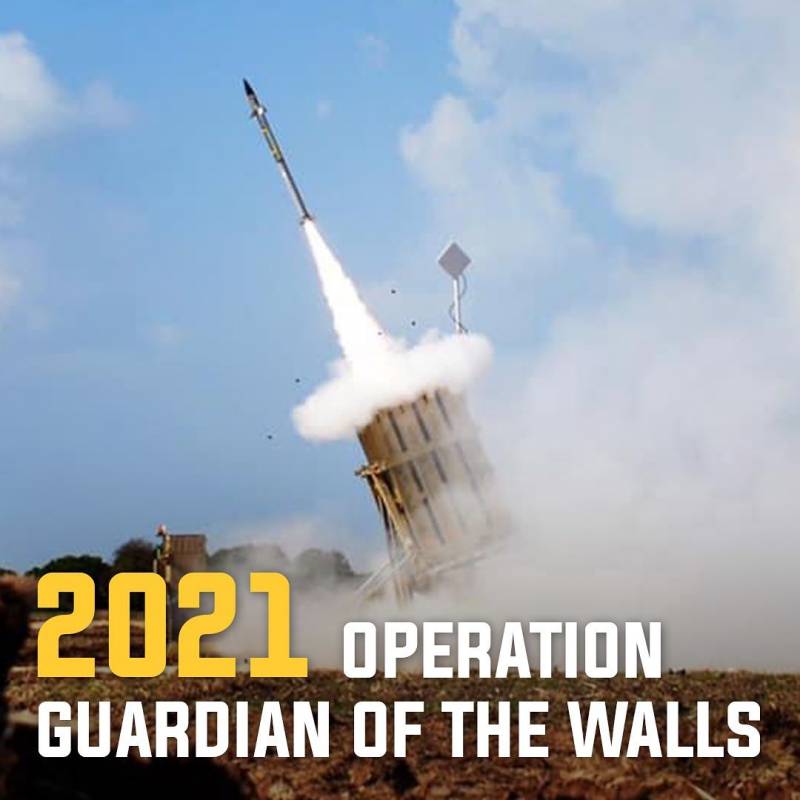 On the evening of May 10, local time, Palestinian armed formations once again began shelling Israeli territory with the use of unguided rockets of various types, handicraft and factory made. To protect its cities, infrastructure and population, the Israel Defense Forces launched Operation Wall Guard, during which it uses all available tactical missile defense systems, including the most famous Kipat Barzel (Iron Dome). And again there is an opportunity to assess the real capabilities of such an ABM.

Over the past several weeks, there has been a steady rise in tensions in the disputed areas, and Israel and its opponents have exchanged aggressive actions. In particular, Palestinian formations have repeatedly used mortar and unguided missiles. However, the shelling has so far been sporadic, and the IDF, when necessary, has successfully shot down incoming ammunition. 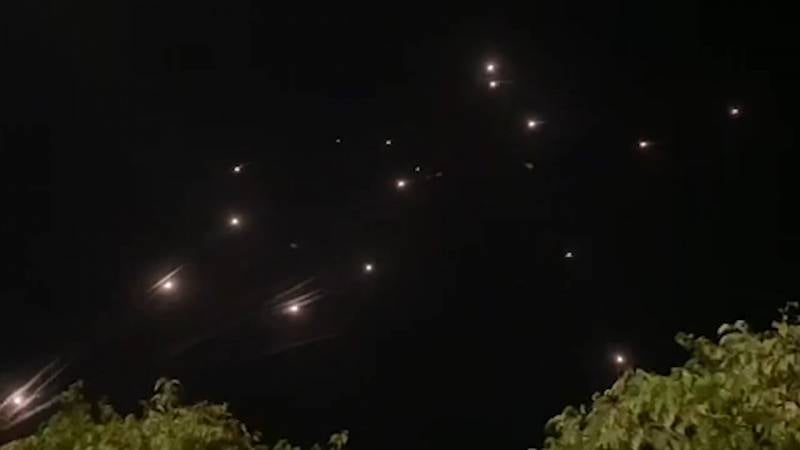 Missiles and anti-missiles in the sky
The massive use of missile weapons began on May 10 in the evening. After 18:00 the first salvo of 7 rockets took place in the area of ​​Jerusalem. Soon thereafter, attacks began on territories near the Gaza Strip and southern Israel. The IDF reports that the enemy had fired over 160 missiles by midnight. Dozens of such threats (the exact number has not been named) have been successfully intercepted by the Kipat Barzel complexes. A number of rockets fell at a safe distance from settlements and people.

Some of the missiles broke through the missile defense system. According to Israeli data, 10 buildings were damaged on May 4. No one was killed, but several people were injured, mostly from fragments of damaged buildings.

During the night of May 10-11, shelling did not stop. During the night, morning and day, the Palestinians attacked the same range of targets. In the evening, the first strikes began on the Tel Aviv area. By 8 o'clock in the morning, the IDF announced the use of at least 200 missiles, of which 90 were intercepted by missile defense. By the evening report (after 19:30 local time) the number of missiles fired increased to 480. Approx. 200 pcs. 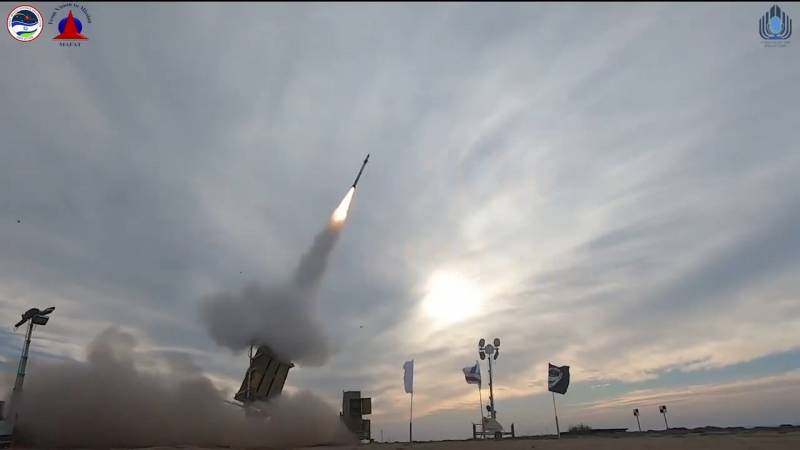 Tamir anti-missile launch
During May 11, there were reports of two dozen rockets hitting houses, office buildings and social facilities in different settlements; also damage to vehicles and infrastructure. At 18:24, a rocket set fire to an oil storage facility near the city of Ashkelon. In several cities attacked, a total of more than a hundred people were hospitalized. It became known about the first victims and those who died from wounds.

The attacks continued throughout May 12. According to the IDF, by morning the number of missiles used had reached 850 units. Hamas has announced the use of a variety of types of ammunition, including those received from Iran. Also appeared news on the interception of Palestinian UAVs intended to attack Israeli targets. From morning to evening, approx. 180 missile launches. According to the IDF, about 40 fell in Gaza, and several dozen more were hit by the Kipat Barzel system.

Again, it was reported about missiles that broke through the missile defense system and fell on the territory of populated areas. In Ashkelon alone, at least 110 people applied for help, of which more than 10 were hospitalized. Seriously injured and casualties reappeared. 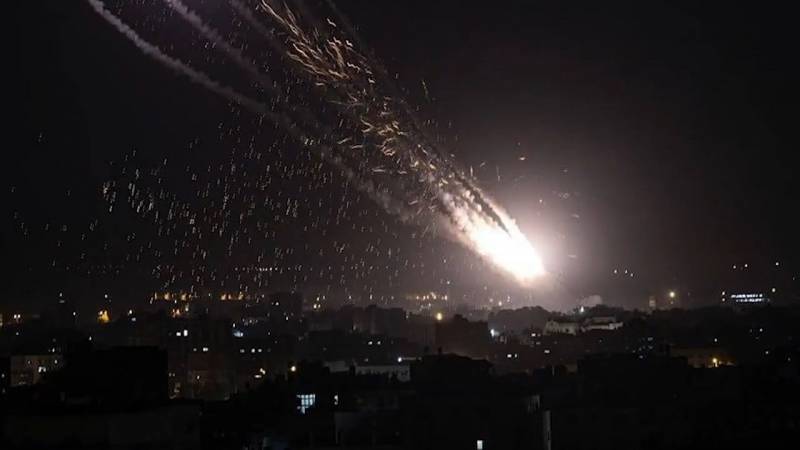 Thus, by midnight on May 13, Palestinian formations were using more than 1000 missiles of various types with different characteristics. OK. 850 of these products were able to enter the desired trajectory and enter Israeli airspace. News from the IDF mentions the successful interception of a large number of missiles, but the exact number has not yet been announced. At the same time, officials point to the ABM's ability to intercept up to 90% of dangerous objects flying in the direction of residential areas.

Some of the missiles were able to overcome the missile defense and hit targets in the protected area. As a result, five people died, hundreds were injured and asked for help, and the total damage is already estimated at tens of millions of shekels. If the shelling continues, all these negative indicators will grow.

The IDF is armed with several anti-missile systems with different characteristics and capabilities. At the same time, the main combat work falls on the Kipat Barzel systems developed by Rafael and IAI. The first complexes of this type were put on duty in March 2011. Subsequently, the army received new battery kits, which were deployed in all dangerous directions. In the recent past, upgrades have been carried out aimed at improving performance. 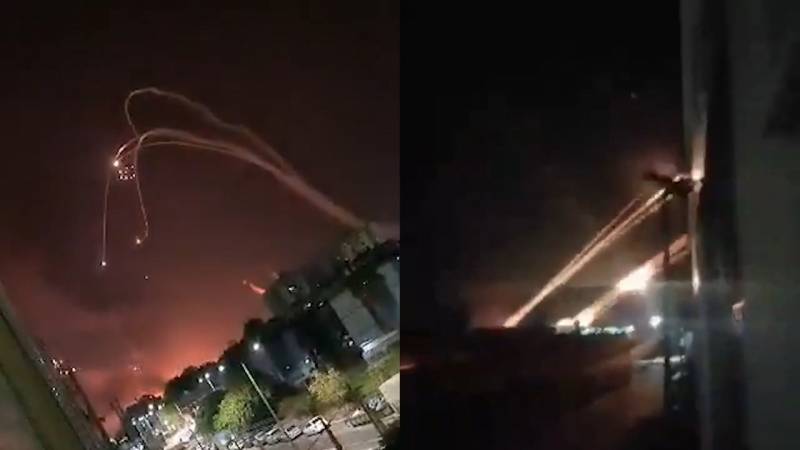 The Iron Dome battery includes an EL / M-2084 multipurpose radar, a command post and three launchers with 20 Tamir interceptor missiles. The complex operates in automatic mode and monitors the air situation. When a dangerous object is detected, an anti-missile is launched.

The reaction time, from target detection to missile launch, is a few seconds. "Kipat Barzel" is capable of fighting unguided missiles with a firing range of 4 to 70 km. There is information about the ability of the complex to intercept aircraft and UAVs.

The developers and operators claim that the missile defense system is highly reliable and efficient. In particular, automation is able to determine the danger of a detected target for settlements. Ammunition heading into a deserted area is ignored; only those that threaten populated areas are intercepted. This makes it possible to obtain a high probability of repelling an attack while reducing the consumption of anti-missiles and certain savings. 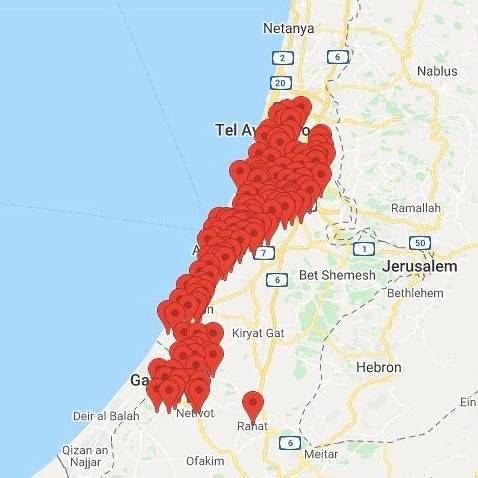 From 10 to 12 May, Palestinian militias used more than 1000 unguided rockets. At least 150-200 products failed to reach the calculated trajectories and fell in the Gaza Strip. Several hundred missiles did not threaten populated areas and were allowed to land in safe areas. Hundreds more missiles heading for cities were successfully intercepted by the Iron Domes. At the same time, about 30-35 missiles were able to break through the missile defense system and fell on settlements, which led to destruction, injury and casualties.

Unfortunately, more accurate data are not yet available, which makes it difficult to assess the situation. However, the available information also shows that the missile defense systems have shown a fairly high efficiency. They were able to distinguish missiles dangerous for cities from "safe" and hit most of them.

At the same time, some of the ammunition went through the defenses. Its OK. 3-4 percent of the total number of missiles used. The share of these items in the total number of dangerous objects subject to interception should be higher - it can be estimated at the level of 10-15 percent. or more. 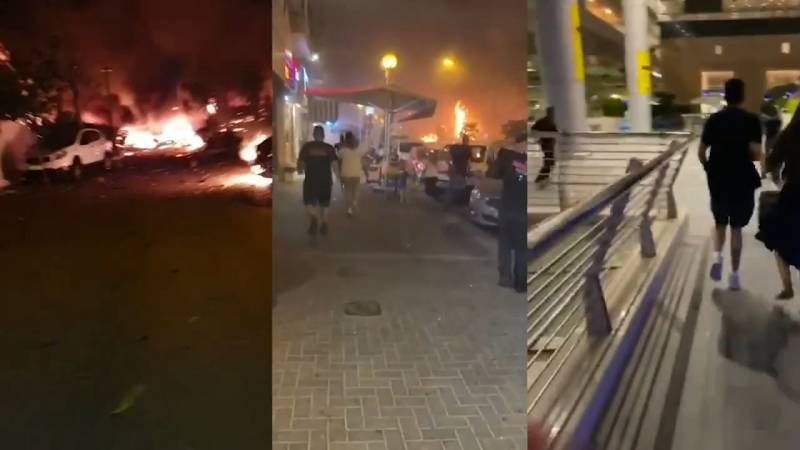 It is known that over 10 years of combat duty, the Kipat Barzel complexes intercepted a total of several thousand enemy missiles. They successfully coped with the protection of cities from single threats or small volleys. On several occasions, the batteries withstood large and prolonged attacks. In these cases, the efficiency reached 85-90 percent, and a significant number of missiles fell on cities, causing damage.

The available information shows that the proportions of intercepted and missed missiles generally remain at the same level. Accordingly, the observed increase in the absolute number of unaffected targets is mainly related to the intensity of shelling. The enemy launches hundreds of missiles, the IDF intercepts most of them, but it is not possible to hit dozens of products.

Thus, the IDF has numerous and effective means of protecting populated areas from enemy unguided missiles. Such protection is not one hundred percent, and errors are possible, incl. with tragic consequences. However, even 10-15 percent. missiles missed is better than no protection at all. 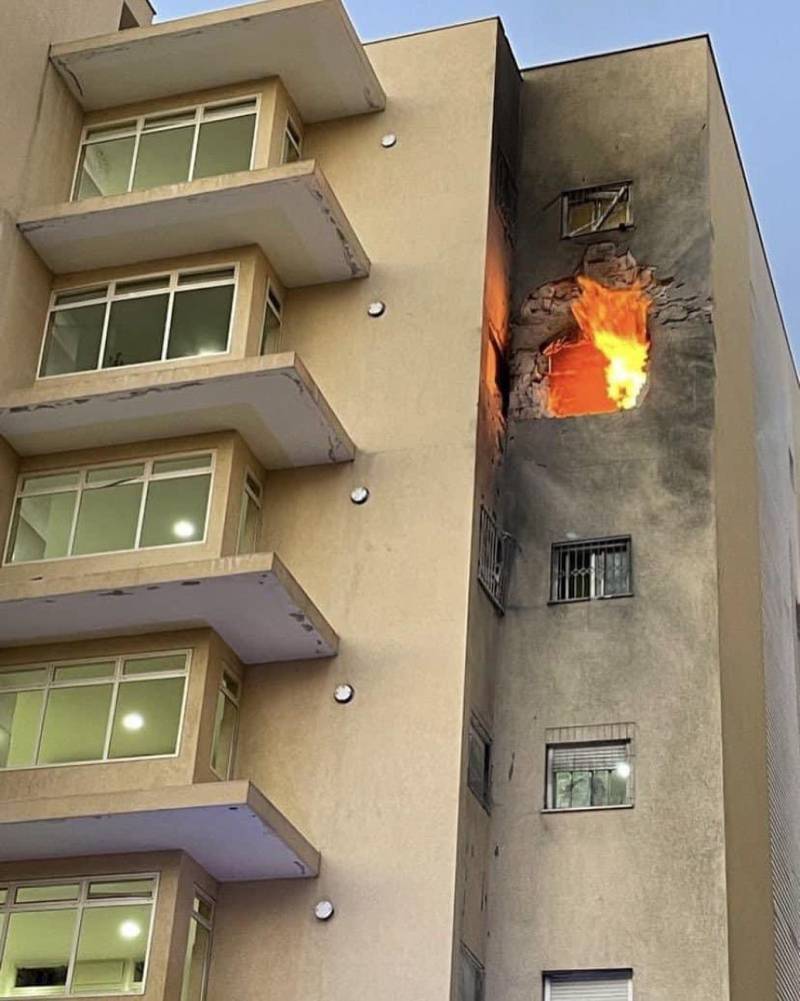 The result of a rocket hitting a residential building in the city of Sderot. A child died, his mother was seriously injured
Apparently, the enemy understands this, and therefore organizes long and massive shelling. With their help, a high density of fire is created, which makes it possible to increase the number of successful launches, if not relative, then absolute. Accordingly, within a limited period of time, the maximum possible damage in such a situation is achieved, which should negatively affect the morale of the Israeli side.

It is obvious that new destruction and casualties can be prevented through the peace process and the settlement of the situation in the region - but, for a number of reasons, such a scenario is excluded. Therefore, Israel seeks to improve the complexes of protection. The Iron Dome has undergone an upgrade in the recent past, and more updates are expected in the future. All of them will be aimed at increasing the efficiency of interception and achieving one hundred percent probability of hitting the intended targets.