The US Air Force decided to update the fleet of fighters: the F-22 in the long term will not be in it 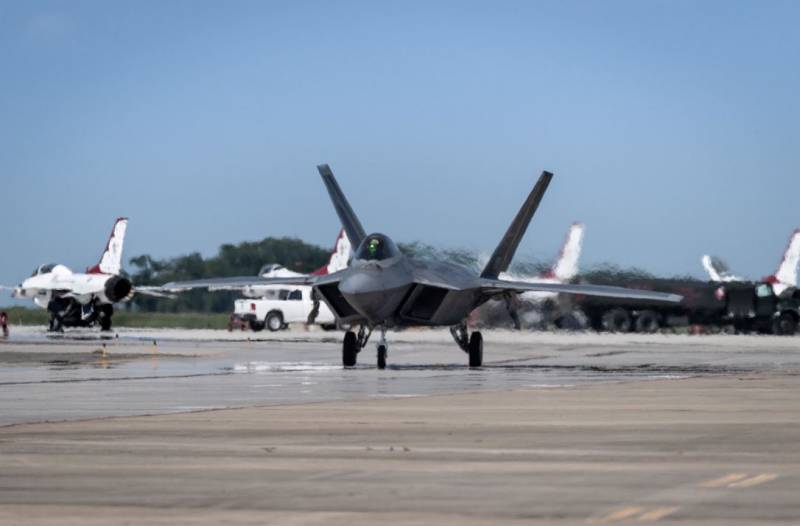 US Air Force Chief of Staff, General Charles Brown, Jr., in his speech at the McAleese FY2022 conference on defense programs, raised the topic of fighter-assault organization aviation the future. The general announced that he is going to reduce the number of types of fighters used in the US Air Force from 7 to 4. The corresponding budgetary costs will also be planned under this program.

Four instead of seven: which planes will be left in the fleet of fighter-assault aviation

As noted by Brown, he considers it necessary to keep the A-10 attack aircraft "for a while", to make the F-35 the dominant fighter, and to keep the F-15EX and F-16 as well. As you can see, in the list announced by the Chief of Staff of the US Air Force, there was no place for the fifth generation fighter F-22.

F-16s will be with us for a while, but they will be replaced by something else,
said Brown.

What exactly is going to be replaced by the Chief of Staff of the Air Force is still unknown. It is possible that these will be additionally released F-35s.

Recall that currently the fleet of 7 fighters and attack aircraft of the US Air Force includes F-15C / D, F-15E, F-15EX, F-16, F-22, F-35 and A-10 aircraft. At the same time, the F-18 is not considered here, since in the United States it is classified as a multipurpose carrier-based aircraft (including a bomber function) related to the structures of the Navy.

The reduction in the number of types of fighters used is planned for reasons of economy: at present, excessive budget funds are spent on the maintenance of such a diverse and numerous fighters, and the Pentagon wants to reduce financial costs for the fleet of fighter aircraft.

Naturally, the American press had relevant questions, to which the representative of the US Air Force replied that General Brown spoke about the long-term prospects for the development of American fighter aircraft. If we speak in this context, then in 2030 the F-22 will have reached its venerable age and sooner or later the fighters of this model will start to fail.

As noted by the spokesman for the Air Force Anne Stefanek, currently the F-22 aircraft are being upgraded. Therefore, it is still difficult to say when the aircraft of this model will be decommissioned from the US Air Force. She also noted that the A-10 attack aircraft will be used until the 2030s, but no more.

Another “candidate for departure” is the F-15E fighter. It is also planned to be decommissioned in the 2030s, since it will have the same wear and tear as the current F-15C / D fleet by that time. The last F-15E aircraft were acquired by American aviation in the late 1990s, that is, more than 20 years ago.

The Chief of Staff of the US Air Force also stressed that the final decision on which aircraft will remain on the list of used aircraft will be made in 8 years. General Brown also announced plans to increase the number of unmanned aerial vehicles, which should become more and more in the US Air Force over time.