A new regiment of radiation, chemical and biological protection has been formed in the Southern Military District 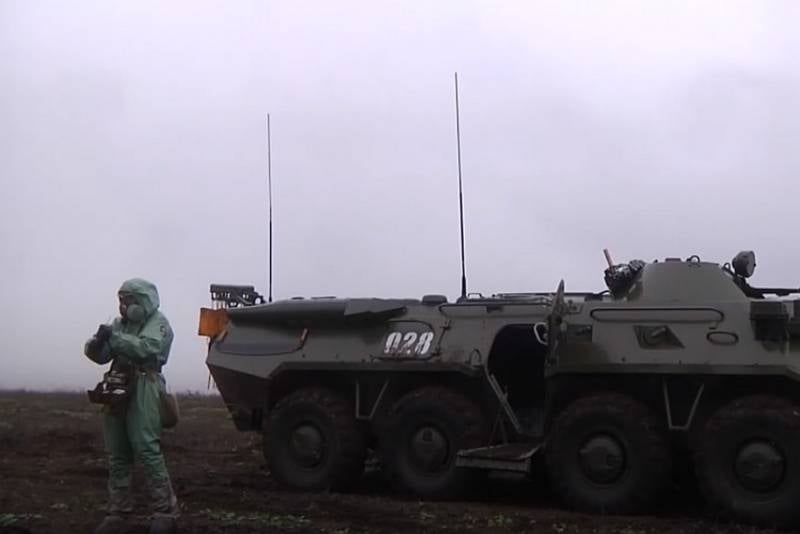 
The press service of the district clarified that the new regiment was formed for the first time and is capable of performing the entire range of tasks assigned to it, for this it has all the necessary units. It is noted that the regiment is fully equipped with equipment and means. The regiment personnel will begin to carry out combat missions as intended in the summer.

According to the plans of the Ministry of Defense, all heavy flamethrower systems TOS-1 "Buratino" and TOS-1A "Solntsepek" in the subdivisions of the RChBZ of the Southern Military District will in the future be replaced with a new flamethrower system TOS-2 "Tosochka" on a wheel drive. It is planned to do this by 2025. At the same time, "Buratino" and "Solntsepek" will not be removed from service, but will undergo modernization and remain in service in areas where the use of wheeled vehicles is impractical.
Ctrl Enter
Noticed oshЫbku Highlight text and press. Ctrl + Enter
We are
The Ministry of Defense modernizes the heavy flame-throwing systems "Buratino" and "Solntsepёk"November 13 - Day of the RChBZ Troops of the Armed Forces of Russia
Military Reviewin Yandex News
Military Reviewin Google News
8 comments
Information
Dear reader, to leave comments on the publication, you must sign in.